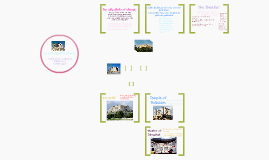 Transcript: Most men who lived in Athens were able to read, because boys went to school. They learned literature, music and physical education. the city state of Athens: The main temple structure is in Doric styled architecture a group of dancers and singers called a chorus talked about the play as it went along The word acropolis literally in Greek means "city on the extremity" public buildings were very fine and built stone and marble. Many were temples to gods and goddesses. Greek Architecture Girls in Athens did not go to school but stayed at home to learn how to learn how to look after a family. greek houses were built with sun dried bricks and wood and were arranged around an open courtyard. women and children lived separately from the men in their families Parthenon Parthenon ancient greek architecture is best known for its temples the first public performance of a play in Athens took place in the fifth century B.C. Greek education the godess of Athens was Athena and the emblem of the city was the owl. tragedies were serious plays and had sad endings. The theatre was built at the time when 'drama' or 'theatre was first being created The climate of Greece is maritime, with both the coldness of winter and the heat of summer tempered by sea breezes. This led to a lifestyle where many activities took place outdoors. Hence temples were placed on hilltops, their exteriors designed as a visual focus of gatherings and processions, while theaters were often an enhancement of a naturally occurring sloping site where people could sit, rather a containing structure. Colonnades encircling buildings, or surrounding courtyards provided shelter from the sun and from sudden winter storms.[ comedies were amusing and had happy endings. Temple of Poseidon plays soon became very popular and were often performed at festivals. the theater: theater of Dionysus: the city state of Athens was very powerful and ruled a large region. it was a rich city because it owned silver mines nearby, where slaves were made to work very hard. In Sparta, both girls and boys were taught to read and write. acropolis: Ancient Greek architecture is distinguished by its highly formalized characteristics, both of structure and decoration. This is particularly so in the case of temples where each building appears to have been conceived as a sculptural entity within the landscape, most often raised on high ground so that the elegance of its proportions and the effects of light on its surfaces might be viewed from all angles.Nikolaus Pevsner refers to "the plastic shape of the [Greek] temple...placed before us with a physical presence more intense, more alive than that of any later building". 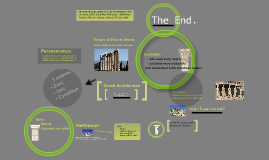 Transcript: Greek Architecture Big, Beautiful, & Symmetrical Parthenon Took 9 years to build! Ionic Elegant Columns decorated with a scroll like design, called a volute took 15 years to build Corinthian not used very much columns very elaborate and decorated with acanthus leaves Temple of Zeus at Athens Athenian tyrants started to build this temple in the 6th century B.C. but it wasn't finished until Roman Emperor Hadrian reigned, almost 638 years later The End. contained sanctuaries to Athena and Poseidon. Perseverance: Most notable of Corinthian temples Doric Sturdy Columns are plain 3 systems Doric Ionic Corinthian Erechtheum built on Acroplis in Athens between 421 and 450 B.C. Temple built in honor of Athena in the 5th cetury B.C. on Acropolis in Athens steady persistence in a course of action, a purpose, a state, etc., especially in spite of difficulties, obstacles, or discouragement. 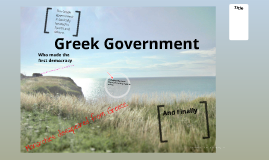 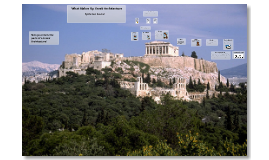 Transcript: Greek Architecture is made up of three main orders. The Doric, Ionic, and Corinthian Order. No matter what order the columns were, they all shared some similar charateristics. By:Michael Dutcher Flutes The junction between the capital and the shaft. Marked by necking-rings. The Ionic Order The Entablature The Ionic order is thinner and more elegant. Its capital is decorated with a scroll-like design, and it has a base. Located on the entablature, and consists of the metopes(stone panels) and triglyphs(carved, upright bars in groups of three). The top part of the column, above the Entablature. Usually contains statues or sculptures of heros or gods. The Corinthain Order The Three Orders Echinus The Corinthian Order was rarely used, but its is the most elegant. Its capital is decorated with acanthus leaves and the column features a base. Most of temples were built on the layout of the megaron, a house that had been around since the Bronze Age. Most usually had an inner chamber, known as the cella, and a pronaos, or a porch that leads to the entrance. The Opisthodomos was the rear room, and only priests were allow in it. The number of columns on the wide side half of the number of columns on the long side plus one. The Pediment What Makes Up Greek Architecture The Architrave The top part of the shaft. The Frieze The 1st half of the parts above the capital. Contains the architrave, and the frieze Stone cross beams that are found in the entablature The most common order was the Doric order. Its apperance was very plain, but the sturcture was very sturdy. The capital was also plain, and the column had no base. Concave grooves cut the length of the column. Abacus The Doric Order Now you know the parts of a Greek Architecture! The Layout of the Temple The Temple Itself 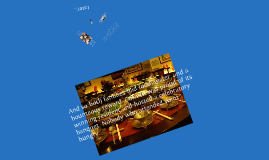 Transcript: C O R I N T H It was the morning of the Olympic games. I had traveled to the colosseum near Olympia from Corinth, a journey that had taken several days on foot. I'd come all the way to turn a profit at the betting stands to supply for my family- it's a guilty pleasure of mine. Now, I wasn't an educated man by any standards, but I was a guard of Corinth, and I had earned the honor to protect my people. I had grown up in an outlying village, farming for a living, you see. I scrounged up the money to purchase a house in the city. It was a simple one-room thing, nothing compared to the manors of nobility, but it was home. What more could be said? But I digress. The day the Olympic games began, a sacrifice was held and served as a meal- lamb, roast leeks, bread, and goat cheese- before the brazier was lit. The games had begun. When I was finally able to get to the betting stalls, I carefully examined the runners. "Who's this one?" I asked the bet taker, pointing at a well-built man. "A fisherman from Corinth," he replied. Corinth! I gambled twenty coins that he'd win the final race. My runner almost lost his first race to a rival city-state's, but pulled through for me at the finish. Just one more race and I'd be twenty coins richer. That could buy enough olives, bread, and fish to feed my family for a week! The runner almost lost the final race, but sprinted through the finish line at the last moment to score a victory for Corinth! I had won twenty coins, and my family was treated to a meal of figs and fruit when I returned... Later... Back at the home of Altain, the winning runner, they had a feast of bread, fish, olives, fruit, and even a sacrificial lamb. Their winnings were plentiful. Altain's sons, Helix and Hrothar, and his wife, Delia, did not go hungry for weeks. "Father," Helix, the elder son, said to Altain, "will we be able to afford flute lessons again, now that you've won the Olympic games?" Altain smiled, "That and poetry, son. You will be a great storyteller, with an imagination of your size." Helix smiled and replied, "May we also buy more yo-yos? Hrothar continues to break them." Altain laughed and nodded. "That as well. Pray to Zeus, and you might even get two more yo-yos." All the laughing reminded Helix of his schooling as a younger boy. He and his friend hadn't realized what their slaves had escourted them for. The children who attended schooling lessons were beaten, and, if necessary, their friends were as well. Almost everything went unnoticed. At least they didn't live in Sparta. But for now, the family simply laughed and ate and celebrated their fortune. And so both families had food, water, and a bounteous reward. Corinth was proud of its winning resident and hosted a celebratory banquet. Nobody who attended went hungry. THE END Right here. A F I C T I O N A L S T O R Y A B O U T F I C T I O N A L C H A R A C T E R S 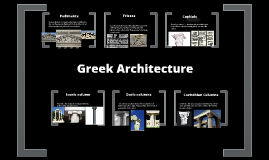 Transcript: The iconic column is slender and elegant with twin scrolls on either side of the column. Corinthian Columns Doric columns Corinthian columns were very decarated with leaves and had a pair of scrollsat each corner wich made the capitol look the same from all sides. Doric columns were the basic kind, but were also the most popular of the column types. They were thick and had vertical grooves with a basic capital. The end of a column. I.E: the twin scrolls on eachside of the iconic columns. capitals are usually spirals or scrolls called "volutes" Pediments Friezes Greek temples had a triangular gable. they had sculptures in them and they were usually painted rich shades blue and red with colored eyes and jewels and bronze weapons. Greek Architecture Decorative panels that went continuously all the way around a building. they were usually carved with panels with sculptors on them called metops. They were used to tell story's or record events. Capitals Iconic column 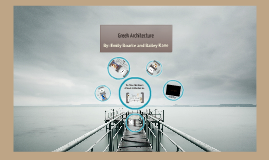 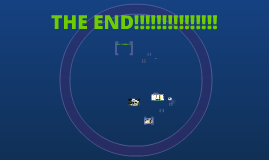