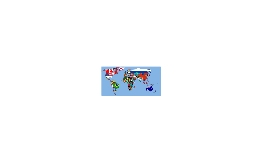 Transcript: "Chichen Itza" means "At the mouth of the well of the Itza" A 2003 renovation made the journey to the top much easier Construction began in 1957 36 trap doors in arena allowing for elaborate special effects Johann Ludwig Burckhardt discovered Petra in 1812. 9,000 wild animals were slaughtered at the Colosseum Was sketched by Paul Landowski Was built located by two natural sink holes, that may provide year- long water Chichen Itza ( Mexico) Used 20,000 workers to create The total amount of marbles used for the construction of the Colosseum was estimated at 100,000 cubic meters Construction took nine years Altitude: 2,430 meters above sea level Built By: Shah Jahan 3rd tallest statue of Christ Year of Construction: 1631 More than 2,300 years old Constructed around 312 BCE as the capital of Nabataeans Petra has around 800 carved tombs denoted as "Royal Tombs" 1/3 of the wall has disappeared Was built with a technique called "ashlar" Machu Picchu (Peru) Completed in 1653 Christ the Redeemer (Brazil) Festivals and games could last up to 100 days in the Colosseum Popular languages spoken at Machu Picchu are Quechua and Spanish Temperatures range between 52 and 81 degrees Fahrenheit Petra Jordan Was one of the largest Maya cities & had the most diverse population in Maya population. Great Wall of china (China) Was built by Emperor Vespasian, founder of the Flavian dynasty, for Titus, his successor There is a chapel at the base Often referred to as "Rose City" because of the rose-red colored sandstone hills Length: 8,851 km Second most popular site for visitors in Mexico Colosseum (Itlay) Petra got it's name from a feminine Greek word "petros" which means "rocks" More than 100,000,000 laborers were recruited to construct the wall 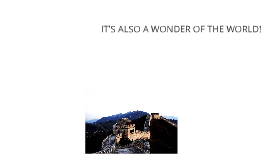 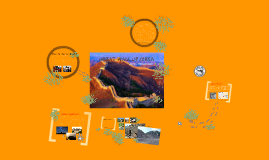 Transcript: The Great Wall Of China runs 8,850 km (but if all fortified walls are included it is 21,196 km). Not all the Wall was built in the same dynasty. Only 6,000 Km was built in the Ming dynasty. It extends from North Korea downward near Mongolia past Beijiing to Jiayu Pass. It took about 300 years to build. Cultural Significance Collapsed Wall Threats to the site Protecting the Wall Great Wall - China Map of the site The Long Wall of Ten Thousand L or Great Wall Of China was listed in 1987, but really only parts of the wall are protected. It was built of dirt,rocks and stones then later bricks. These sections were put on the World Heritage list because they are a 'testament to the remarkable Chinese with their building methods, spirit and determination'. The Wall provided fortresses and towers as bases for garrisons of men along it's length so supply lines to the Ming army could be retained. It is a myth that it can be seen from the moon. China’s National Administration on Cultural Heritage, and Provincial Cultural Heritage Administrations are responsible for guiding the local governments on the conservation and management of the Great Wall. The Great Wall Of China has many threats and dangers that can hurt it. Erosion is one of the main offenders. Every day erosion is slowly destroying the Great Wall and the landscape around it. Natural disasters such as heavy rainfall, storms, tornados and weathering mean parts of the Wall are collapsing. A growing threat is tourists who graffiti, paint and dismantle some parts of the wall and visit in their thousands. The desert is threatening large sections of the Wall with increasing sandstorms. The development of China in general is affecting the Wall as roads are put through the Wall or the bricks used for land fill. Farmers have taken bricks from the wall to build houses, pigpens or walls of their own. Companies have pulled down sections to put roads through and 50% of the original wall has gone or has been damaged. Many people of China see it as opportunity to sell bricks of the wall, or use the material for building and have even made slippery slides, put in fast food cafes and parking lots, hotels and shops on the Great Wall. Many Chinese are very poor and retaining the Wall is not a priority. The chinese are a communist nation and one of their leaders Mao said that the chinese should break down the wall to construct new houses so the Chinese government must convince the new generations that the wall is their heritage and they should protect it and not just as a tourist attraction. Weather Erosion Development Tourism The Great Wall Of China shows the immense power to the Chinese Empire, built on the backs of the Chinese common folk who were forced to build it, without pay or any type of reward. The wall itself took a period of 2,000 years. The most famous part of the wall built under the orders of the first Emperor of China, Qin Shi Huang starting 1368. Two symbolic monuments stand at either end of the wall - the First Door under Heaven at the east end and the Last Door under Heaven in the west. The Chinese refer to it as dragon. It shows remarkable building and design over 1000s of kms and mountains with man power. Dong Yaohui is vice chairman of the Great Wall Society of China which looks after the Wall. The Great Wall Of China is protected by: many laws prohibiting people from destroying, painting or carving parts of the wall. The Chinese government plants trees to help stop erosion. China has not really protected this great place of cultural history, nearly 50 percent of the wall has disappeared into rubble and dirt. Only in recent years has China started to wake up and find out whats happening to their landmark. In 2011 China enacted national law to protect the Wall. The law does not allow taking bricks, vandalising the wall, holding dance parties on the wall, and building houses on the wall. The law says that "all citizens, legal entities and organizations" are charged with protecting the wall and reporting illegal activity to government agencies'. Re educating poor local people to protect the Wall and value it's cultural significance is important and regulating tourism and restricting development near the Wall to prevent damage and erosion. Wall from low orbit William Lindesay, the founder of International Friends of the Great Wall has documented the Wall in photos since 1950 and visited 1200 times. When the site was listed JACK LYNDON HSIE GREAT WALL OF CHINA The Great Wall protected the Celestial Empire of China and Beijiing from the Mongols and Huns. It also protected the Chinese culture from outsiders. The Chinese say that unless you have visited the Wall at least once you are not a real 'Han' ( Chinese). 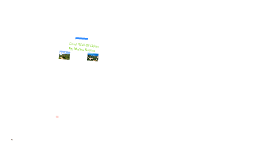 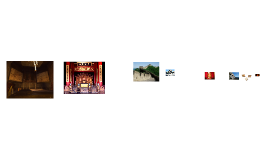 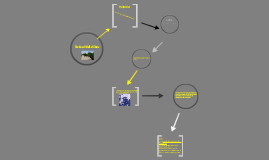 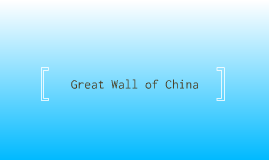 Transcript: Great Wall of China The first emperor had ordered the peasants to make this amazing building. The Great Wall has been reconstructed more than once. 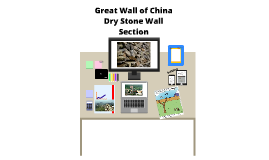 Transcript: Great Wall of China Dry Stone Wall Section The wall was made like this so that the wall would be harder to scale by the offenders. The dry wall section of they great wall of china took a long to to finish. I was Constructed by a group of men in a long line all parsing flat edged stones to one skilled layer were he would then lay the stones on the wall flat edge facing outwards Why it was made like this building Construction 0 + - = 9 8 7 1 2 3 4 5 6 c