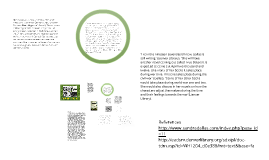 Transcript: Rationale I created a new cover for the book I am reading. So far I am reading Tall grass by Sandra Dallas. Instead of having tall grass with the barn and sky as a background I decided to do something a little bit different. I had the whole page full of tall grass with four faded black and white photos from the nineteen forties. The one on the top left corner is a bunch of Japanese people crowded in an internment camp at Ellis, Colorado. The one on the bottom right is a sad Japanese family. Then the other two are hateful signs towards the Japanese people. I added the title of the book in the middle just so it would stand out. The protagonist, Rennie, is against internment camps for the Japanese. Unlike the other people in Tall Grass, she believes that Japanese should be set free. In the novel Rennie would discuss how Japanese are treated, how other people view them, and her Japanese friend’s feelings towards what is going on. The pictures on the title describe exactly what Rennie would see whenever she would go out to town. Once in the book she has been to the internment camp and she saw how the camp is crowded as well. So that is why I decided to add those four specific photos. “Sandra Dallas is the author of currently ten novels and is a former Denver bureau chief for Business Week Magazine” (Dallas). “Dallas is born in Washington D.C. nineteen thirty nine. Her family moved to Denver in 1945. She attended the University of Denver and received Bachelor of Arts in journalism” (Dallas). “Dallas does use her maiden name whenever her novels are published. She is married to Robert Atchison and has two daughters, Dana and Kendal Atchison” (Denver Library). “Dallas bases most of her themes on loyalty, friendship, and human dignity” (Dallas). “She wrote ten novels, Sacred Paint, the Quilt that walked to Golden, the Brides house, New Mercies, The Chili Queen, Tall Grass, Prayers for Sale, The Persian Pickle Club, Buster Midnights Café, Alice’s Tulips, Whiter than Snow, and The Diary of Mattie Spenser. She is so far considered a Bestselling Author of The Persian Pickle Club and New Mercies. Her book Tall Grass has won two audio publishers Assn. Audie awards. Sandra has won many other awards to like the six-time finalist for the Women Writing the West Willa award” (Dallas). “From the nineteen seventies till now, Dallas is still writing” (Denver Library). “She will have another novel coming out called True Sisters it is expected to come out April two-thousand and twelve. Like many of her books it takes place during war time. This one takes place during the civil war” (Dallas). “Some of her other books would take place during world war one and two. She would also discuss in her novels on how the characters adjust themselves during the time and their feelings towards the war”(Denver Library). References http://www.sandradallas.com/index.php?page_id=11 http://eadsrv.denverlibrary.org/sdx/pl/doc-tdm.xsp?id=WH1204_d0e38&fmt=text&base=fa Characters 1. Rennie Stroud: The protagonist of the novel. She is a thirteen year old teenage girl living in the city Ellis, Colorado during World War II. Unlike the other kid, she respects Japanese people. She also is a generous person towards her friends and family. 2. Loyal Stroud: He is Rennie’s father as well as her mentor in the novel. He inspires Rennie to be a good person towards others. Rennie described him as a middle aged balding man with pointy ears. 3. Daisy Tanaka: Started out as a Japanese worker for the Strouds and then became close really close to them. Daisy would be described as Rennie’s shape shifter because she is by Rennie’s side but she also has kept secrets from Rennie that Rennie herself had to find out. Daisy would act like any average American girl she enjoys to Jive. 4. Danny: He is no older than Daisy Tanaka but he is the shadow. He has a nasty attitude toward people who are not white especially Japanese people. He and his friends would hang around the Stroud’s gate and would make fun of the farmers. Danny also threatens Rennie whenever he gets the chance to. o Tall Grass, by Sandra Dallas, explains the life of a thirteen year old girl living in Colorado during World War II. The novel also discusses her views on the war and how Japanese people are treated and the protagonist’s views towards society. The book is published by Library of Congress Cataloging. This novel appeals to people who are fans of World War II and mystery novels. This novel would also have some friend, family, and community drama. o The Protagonist, Rennie Stroud, is a thirteen year old girl who is very bright and loving. Rennie is also against Japanese internment camps because she believes everyone should be treated equally. She also has so much respect towards her mother that she would do anything for her mother. Rennie’s father, Loyal Stroud, is like a mentor towards Rennie. Just like his name he is loyal to everyone and does not judge anyone by race in fact, he actually asked to have 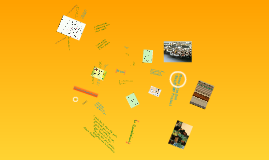 Transcript: Grass Showcase Portfolio Presentation by Wei Hao Cheng 4Q My reasons for Choosing the theme Grass is tenacious and determined humble and unpretentious And grass demonstrates the vitality of life I would like to share this quote If you break your neck, If you’ve got nothing to eat, If your house is on fire, Then you have got a problem. Everything else is inconvience. -Robert Flughum In this process, I discovered more about myself. I also gained valuable skills in this process there are other things that helped me to develop as an all-rounded individual. Home Creation -Batch CIP Project In Conclusion... Wanted to organize a successful band camp So what did i do to improve? What helped me in achieving this result? I even obtained a high score of 13432 characters per minute Constantly apply new concepts to utilize them effectively Ensure a smooth batch transition when I graduate and pass down. heyheyyoyo girlfriend What did i do to achieve this result? What have i learnt from this? What method did i use? Achieve Gold Award at SYF2011 central judging A recognition to my effort in trying to improve my English Also an indicator of my areas of weakness 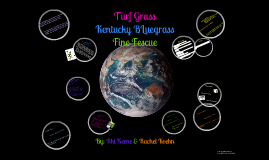 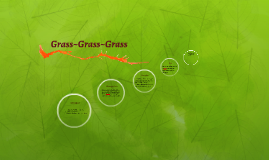 Transcript: Grass something we all injore from time to time unless you got allergies Grass Grass eats by going through a process called Photosynthesis Plants aborbs CO2, sunlight, and H2O to make sugar and O2 Reproduce Grass have two main types of asexual reproduction in which other plants genetically identical clones of the parent individual. Grass~Grass~Grass The most powerful thing in the food chain and web not physically but environmentally Strongest Grass is so important so go GREEN. Keep it CLEAN.......... Photosynthesis