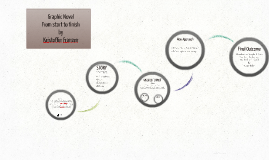 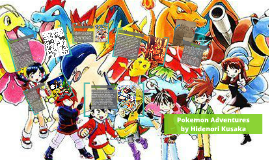 Transcript: Color is used in graphic novels to evoke emotion in the reader, but also as symbolism to show good, evil, light, shadows and many more. Most children "respond to color," so adding color to comic books is also used to draw in readers. Most graphic novels have a specific style of art, and a style of color as well. In fact, most graphic novels are drawn by several different pencillers and then ink is added by the inkers and color added by the colorists. The use of color in graphic novels is extremely meticulous and calculated. In Pokemon Adventures, the color theme and style is called basic color, which still allows the artists to add depth and reality to the story line, but requires the use of blending dots of colors to make more complex colors and cross hatching and other sketching techniques to add shadowing. Pokemon Adventures also has a theme of color in it's characters, which symbolizes certain characteristics. For instance, Red is the protagonist and Blue is his rival. Colors get ore complex as the Graphic Novel grew in popularity, as do the characters such as Silver, Crystal and Gold. Graphic novels are what were previously called comic books. Graphic novels help "create a bridge between visual media and written media." This type of novel helps entice the younger generation to read and even helps smaller children who may be struggling with reading large, complicated books. Color Artistic Style Page Layout Texture, in most graphic novels, varies depending on the subject of the novel. In Pokemon Adventures, most of the texture is within the sharp, rough edges of rocks or broken wood planks, or the rounded features of the Pokemon themselves. Most of the character's hair is drawn in sharp sections, not displayed as furry or hairy at all. and their facial features are often sharp as well. This may be to separate the human characters from the Pokemon, making one soft and round and the other sharp. Texture is also present in the illustrations of fire through out the series. Tension Pokemon Adventures by Hidenori Kusaka Movement Texture Graphic Novel Tension in illustration is when the words do not necessarily completely coincide with the images, and vice versa, therefore creating an interest and excitement within the reader. Tension in Pokemon Adventures often occurs when a fight is about to happen. The images show the begining of the fight, but the reader finds the words containing the information about the fight during the next page. Hidden clues about the series can also be found within the images that are not discussed at all in the writing of the book. Movement in graphic novels is showcased in several different ways. One method is to show the motion simply by drawing the objects in the middle of their movements. For example, in this image the man on the left has his arm extended and the man on the right's head is arched back, face tilted to the side. This implies contact and movement. Another technique graphic artists apply, and can be seen through out Pokemon Adventures, is called motion lines. Motion lines are lines that are sketched around the character or object that is in movement and points out that movement is happening. This is also usually accompanied by words that imply the sound of the movement such as "kraaang, kraaaak, kroom, raaah," etc. Page layout is very important in graphic novels. Most artists are extremely conscious of how the images are placed, the order in which they are placed, and the different sizes and shapes of each individual picture. Some images are placed horizontally and some are placed vertically. Usually, the most important image in that section of the story (that page) is larger than the preceding or surrounding pictures. In Pokemon Adventures, Mato, the illustrator, uses a variety of layouts for each page. Some pages consist of four same sized, horizontal images, and these images are all relatively similar and portray one single event or action over a short period of time, such as a punch. Then, in other pages, when more in depth activities are occurring, there can be several different sized images, some vertical and some horizontal. Artistic style varies with every Graphic novel, but most tend to have Cartoon Art, as does Pokemon Adventures. However, others would call this style Anime, because of it's "Japanese origin, colorful graphics, vibrant characters and fantastic themes." The characters in the graphic novel are exaggerated, with large eyes, extreme emotions and bold imagery. The lines in these illustrations are distinct, there is no fading or meshing of images. 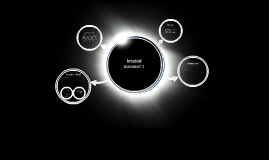 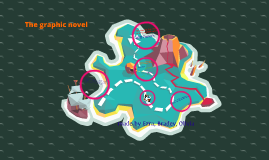 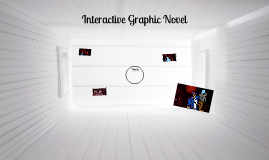 Transcript: This test of prezi is over for now Interactive Graphic Novel Finally 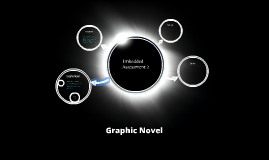 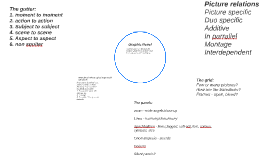 Transcript: The panels: zoom - wide angels/close up Lines - harmony/disharmony Spechballoon - lines(Jagged, soft ect),font, colours, symbols, size Onomatopoeia - sounds Colours Silent panels? The grid: Few or many pictures? How are the transitions? Frames - open, bleed? The gutter: 1. moment to moment 2. action to action 3. Subject to subject 4. scene to scene 5. Aspect to aspect 6. non squiter If we take a close look at a page in a graphic novel, following terms would be essential to consider: 1. The panels: where the pictures are. 2. The grid 3. The gutter: The space in between Picture relations Picture specific Duo specific Additive In parrallel Montage Interdependent Graphic Novel A presentation to illustrate the magical world of the graphic novel. Sums up terms and technique. Overview of what a typical page could consist of: 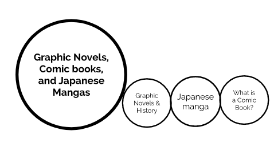