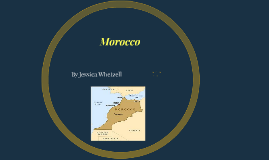 Transcript: The offical languages of Morocco are Arabic and French Islam is the main religion followed Arabic dialect, Derija is most widely spoken The culture is "deeply rooted" in Islam Moroccans traditions value family, honor, dignity, generosity, hospitality, and self-control Post-colonial Language, Culture, and Religion Europeans were attracted to the location and resources of Morocco The industrialization of the Europeans made it easier to invade and rule French and Spain wanted to conquer Morocco They had an agreement to divide Morocco into two zones of French and Spanish influence in 1904 Post-colonial Colonial Bibliography Colonial Colonial Pre-colonial Pre-Colonial Cities were located by the rivers or by the coast for easy access of transportation and trade Morocco was a rich agricultural land Pre-colonial 1956 Morocco became an independent country 2011: a new constitution was created It lessened the power of King Muhammad VI and strengthened the power of the prime minister Spain took control of the far north and south of Morocco France took control of central Morocco Bibliography Fact Monster. Last modified 2008. http://www.factmonster.com/ipka/A0107800.html. Geographia. Last modified 1998. Accessed 2005. http://www.geographia.com/morocco/. Madar, Anuja, ed. Frommer's Morocco. Frommer's. Hoboken, NJ: Wiley, 2010. The Political and Economic History of Morocco. http://www.sjsu.edu/faculty/watkins/morocco.htm. World Travel Guide. Accessed 2014. http://www.worldtravelguide.net/morocco/history-language-culture. Morocco was in demand for its agricultural land, location, and resources Post-Colonial Morocco Royal Moroccan Forces were founded in 1956 after the independence of Morocco from Spain and France Geography and infrastructure In 1956 Morocco became free from France's rule (left a great influence on culture) Spanish and French were a secondary language Religion: Christianity, jewish, and Islam Governance Structure Colonial Post-Colonial By Jessica Whetzell Pre-Colonial Today Morocco employs 45% of labor force Morocco's industries: Food processing, Leather goods, Textiles, Construction, and Tourism Morocco has the world's third largest deposite of phosphate (20% of export earnings) Issues: high unemployment and illeteracy Morocco is located in northwest of Africa 102,703 Square miles Issues: Soil erosion, over-grazing, destruction of habitat and water supply contaminated by raw sewage 1912: Morocco established an army made up of a Makhzen Army (only the higher ranked people were able to join) and the Berber militias. The Berber militias had the abilities to withstand the French and Spanish for over 30 years. Morocco was under the control of the Berbers since 2nd millennium B.C. Many conflicts between the Berbers and the Arabs Arabs introduced Moroccans to the dynasty ruling power In the 15th century Spain and Portugal were fought off The pressure of imperialism grew for Morocco Colonial Spain and France had interest in Morocco for: Trade Mineral wealth Fertile land Pre- colonial 1912-1956 a great number of Moroccans were enlisted to serve for the Spahi and Tirailleurs of the French army In 685 Arabs invaded Morocco and brought the religion of Islam Arabs brought the ruling dynasty system to Morocco Morocco's Culture had a mix of Berber, Mediterranean, Andalusian, and african traditions The famous prophet Muhammad came from the Alawite Dynasty in 1660 Armed Forces/ Military Economy Post-Colonial 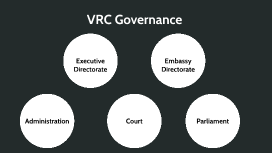 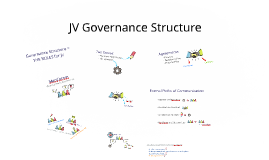 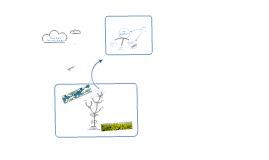 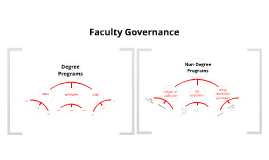 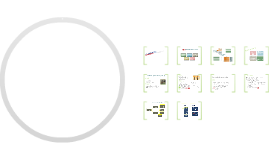 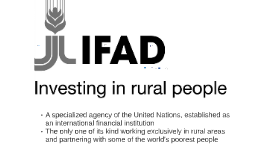 Transcript: IFAD’s Governance Structure Office of the Secretary of IFAD (SEC) IFAD's Purpose Enable poor rural people to improve their food and nutrition security, increase their incomes and strengthen their resilience. The Secretary of IFAD Role of the Secretary Serve as: The bridge between Member States and IFAD Management. The Secretary to the Fund's Governing Council (GC) The Secretary to the Executive Board (EB) and its subsidiary bodies Office of the Secretary (SEC) The Office of the Secretary (SEC) supports the Secretary in carrying out these main roles: IFAD Membership (applications for membership and relations with IFAD Member States) Preparation and organization of Governing Bodies meetings and related events Protocol Quality control of Governing Bodies documentation (editing and translation) List A – 25 members (contributing developed countries) List B – 12 members (contributing developing countries) List C – 139 members (potential recipient countries) sub-list C1 – Africa sub-list C2 – Europe, Asia & Pacific sub-list C3 – Latin America & Caribbean IFAD Member States Voting Rights at IFAD IFAD's vote allocation system reflects the unique nature of both UN agenices and IFIs. The system combines membership votes and contribution votes. New votes are allocated every three years based on replenishment contributions. Membership Votes All Member States are allocated an equal number of individual membership votes Membership votes are redistributed upon changes in the membership of the Fund Contribution votes Remaining votes are allocated as contribution votes, as a further incentive for Members to contribute to IFAD’s resources. Contribution votes are allocated on the basis of full or part payments (in cash or promissory notes) to a replenishment, and They are redistributed each time there is a payment to a replenishment. IFAD Governance Governing Council IFAD’s highest decision-making authority Composed of all IFAD Member States Meets annually Current Bureau: Chair: Gabon (List B), Vice-Chairs: Switzerland (List A) and Angola (List C) elected in February 2014 at GC 37, for a mandate of two years. Chaired by the President Composition (total of 18 Members and 18 Alternates) List A – 8 Members + 8 Alternates List B – 4 Members + 4 Alternates List C – 6 Members + 6 Alternates Official languages are Arabic, English, French and Spanish Typically meets in April, September and December Executive Board Executive Board - 36 Members List A – 8 Members + 8 Alternates List B – 4 Members + 4 Alternates List C – 6 Members + 6 Alternates Replenishment Consultation List A – All Members List B – All Members List C – 18 Members Subsidiary bodies of the EB & GC (Audit Committee, Evaluation Committee, PBAS Working Group, Working Group on Governance) - 9 Members each List A – 4 Members List B – 2 Members List C – 3 Members Governing Bodies List Composition Executive Board Responsibilities Elections held every three years at the Governing Council. Next election in February 2018. Rules found in: Schedule II of the Agreement Establishing IFAD. Each List transmits their nominations to Secretary of IFAD. Election of Executive Board Representatives IFAD Interactive Apps A specialized agency of the United Nations, established as an international financial institution The only one of its kind working exclusively in rural areas and partnering with some of the world's poorest people 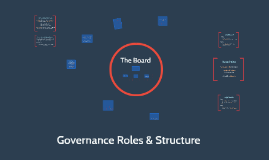 Transcript: - Translate the mission into meaningful and manageable goals and objectives 2. Seek diversity in both personal and professional backgrounds 2. Look backward & forward - also called ad hoc committees Size & Term Limits - explain what happens to money - oversee expenditures - ensure the organization is operating correctly 3 Primary Roles The right chief executive will better equip the organization to succeed - ensure that the board receives & understands fiscal statements - articulate achievements Former Board Members Pros: Board Committees 1. Articulates whom the organization serves - external factors influence size - Responsibilities - oversee financial operations to make certain things are done in an appropriate fashion - Be transparent in policies, procedures, allocation of funds 1. Start from a clear consensus of what the board expects a new chief to achieve Advisory Counsil A statement that: - see big picture 1. Why do you exist? - provide information & recommendations for budget and its future implementations Public Policy or Legislative Committee - chosen for their expertise or new perspective - work on issues that are part of staff's responsibilities 3. Provide Oversight 3. What do you believe? - Comply with local, state, & federal regulations Development Committee/Task Force Pros: - develop & monitor a portfolio of income streams - work with and report to staff - ensure that the board's investment policies are up-to-date and appropriately implemented - committee chair makes selections with chief executive and board chair Public Standing Board Size - Ensure plan fits in with the bigger picture Ensure Legal & Ethical Integrity - not needed by all boards Executive Committee Advisory Councils - Lead in oversight & support responsibilities 2. Explains what makes the organization distinct - commit to mission - lead & manage staff, organization, finances - support the board - maintain high ethical standards - build external relationships - ensure quality & effectiveness of programs - Connect the chief executive to the community - deal with ongoing issues - Lead the board as a substitute - bridge to the community - provide technical expertise - review applications for funding - Strategically communicate with the public - Approve staff decisions that set strategy direction - Aim for balance between board and staff responsibities Serve many functions - members rotate on and off - committees that report to the board - non-standing committees - amend bylaws - add/remove the executive or board members - approve/change the budget or major structural decisions - Proxy voting is common because it is difficult to get the entire membership together - Be accountable & have a code of ethics - have an elevator speech - Take on special projects Other Work Groups - advocate for & approve creation of new products, services, and activities - outreach capacity is diminished - greater risk of member burnout 3. Allocate time to issues of substantial consequence - Track the plan's implementation and progress Secretary What's A Mission? 1. Set Organizational Direction Support & Evaluate the Chief Executive Set Organizational Direction 3. Sets the stage for fundraising strategies - hires an independent auditor Monitor & Strengthen Programs & Services Board Committee - take on policy & strategic work - Provide personal & organizational support, have mutual respect - recommend political positions for the board to hold 2. What does the future of the organization look like if you're successful? - diversify & maximize sustainable revenue sources Actively plan for and conduct fundraising Small Boards Investment Committee Audit Committee/Task Force - may have specific tasks - board members understanding is broadened 1. Competent Board Members Standing Committees Ensure that people/groups within the organization operate with a common assumption about what's important and what the organization needs to accomplish Informal Involvement - Roles may be defined by law 3. Strategically select members who will work well together - Custodian of board records Work closely with management to: Determine Mission, Vision, and Values Treasurer Membership Organization Boards - Extend the reach of the organization through their reputation, network, and expertise Guarantee that the board: - Characteristics: Finance Committee Why term limits? Ensures the organization is in good fiscal health - oversee investment performance & recommend changes to the investment approach 3. Money Who's on a Committee? 4 Types of Resources - someone (former member or not) whose affilitation with the board would be beneficial to the organization - groups that focus on fundraising, outreach, or public relations - may naturally become the chair Provide Oversight Task Force - well informed Individual Members - Partner of the board - serves as link between auditor and the board - Safeguard the organization and its reputation - average is 16 members Chair-Elect - members feel