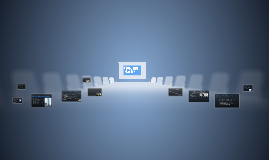 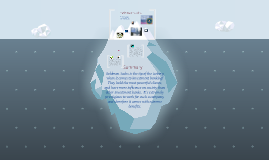 Transcript: Summary Lloyd Blankfein Tip of the Iceberg Goldman Sachs is a very successful investment bank because of their hard work and determination, more so, than other investment banks. They have been part of many important financially substantial business deals such as the initial public offering (IPO) of Facebook. Goldman Sachs only picks the best possible candidates to insure that they have the best employees making executive decisions for the company. By using its resources Goldman Sachs has put itself at a position of power and respect despite its previous controversies. With the way other investment banks are doing business, they are helping Goldman Sachs succeed in the current and future market. Success is measured in many ways, however, Goldman Sachs' success is measured and revenue and currently Goldman Sachs is the most successful investment bank in today's society. Profiling by: Alex McDaniel By: Alex McDaniel Influence on Society Goldman Sachs impacts society greatly. They have shown the economy substantial gain throughout the years with profit gains in many companies as well as their own. They have stirred up a bit of controversy during the financial crisis They are the investment bank always in the media, with all the viewers attention. If you didn't know about investment banking necessarily, you might still know about Goldman Sachs! Success I hope you have enjoyed this profiling of Goldman Sachs! Goldman Sachs is the tip of the iceberg when it comes to investment banking! They hold the most powerful clients, and have more influence on society than other investment banks. It's extremely prestigious to work for such a company and therefore it comes with extreme benefits. Goldman Sachs focuses on education for many countries; this allows these countries to improve their diplomatic standpoints. Fraud Goldman Sachs Goldman Sachs focuses on their investments at a global standpoint. For example Global Economics is a main priority because it expands their profit margins and allows multiple economies to be stimulated. Goldman Sachs also focuses on energy and the environment for the entire world. They work with different companies that allows them to develop different uses of energy. Although Goldman Sachs is known to be a very powerful and prestigious investment bank, they are also known for their ties with the financial crisis and insider trading. During the financial crisis of 2008, Goldman Sachs was accused of helping start this disaster. Goldman Sachs allegedly advised investors to invest in the housing market when they knew that it was going to go negative. What Goldman Sachs did was giving advise to clients to bet on a market they knew would not succeed. Goldman Sachs bet the opposite way, against the housing market, and made substantial profit. After they were charged and convicted several years, later they had to pay a fee of $550 million to the SEC and Goldman Sachs' investors. Goldman Sachs has had several employees be convicted of insider trading. Goldman Sachs former director Rajat Gupta was convicted of securities fraud in his hedge fund. His maximum sentence could be 65 years in prison, but because he chose to cooperate he now only faces probation. This shows that even though companies are based of good and greatness, it doesn't mean that there isn't corruption in these organizations. Goldman Sachs works on not only national, but on a global stand- point. Goldman Sachs works has several divisions of priority when it comes to structuring their different topics. Divisions of Goldman Sachs Goldman Sachs focuses on political and public policies which allows them to be more aware of what new policies are. This allows Goldman Sachs to find loo pols and yield more profit for them and their shareholders. The End 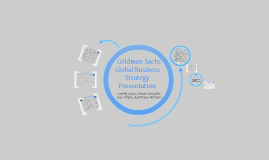 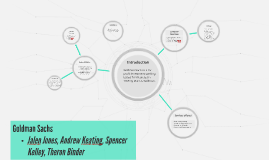 Transcript: Three part Very hard to understand Strong Team Years of experiance Trust with cliants Fiduciary= Trust Company Overview Founders: Marcus Goldman, Samuel Sachs Current CEO: Lloyd Blankfein Current COO: Gary D. Cohn Goldman's future remains bright as far as their place in the economic world. It’s safe to say that as the economy and banking evolves, the company will too. - Accusations by the U.S. Securities and Exchange Commission of deceit regarding the complicated security transactions called ABACUS 2007-AC1 Mission Statement History Began in 1886 as a sole proprietorship of Marcus Goldman Expanded in Partnership Goldman-Sachs when Samuel Sachs joined the company Stood as one of the most prominent and feared investment banks of it's time Has been the cause of many economic disruptions Social Responsibility Investment Banking Institutional Client Services Investing and Lending Investment Management - In 2011 the company boasted of investments in clean technology to the amount of $500 million Goldman Sachs is a for profit investment banking based firm founded in 1869 by Marcus Goldman. Services Offered Leave power to employes Conduct business ethically Hire people based on principles and values Business is Unethical Great at looking good Summary Introduction Goldman Sachs Jalen Jones, Andrew Keating, Spencer Kelley, Theron Binder - The 10,000 Small Business Initiative Code of Ethics - Plan to invest $40 billion in clean tech companies over the next ten years 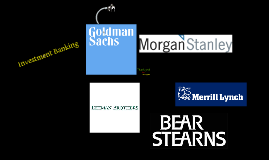 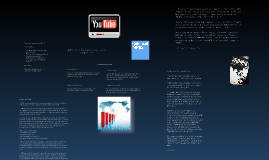 Transcript: A global investment banking, securities and investment management firm. FOUR BUSINESS SEGMENTS Investment Banking. advisory assignments with respect to mergers and acquisitions, divestitures, corporate defense activities, risk management, restructurings and spin-offs. Investing and Lending. Make investments, directly and indirectly through funds that they manage, in debt securities, loans, public and private equity securities, real estate, consolidated investment entities and power generation facilities. Institutional Client Services. Facilitate client transactions and make markets in fixed income, equity, currency and commodity products. Investment Management. Provide investment management services and offer investment products such as mutual funds and private investment funds. To high-net-worth individuals and families. "Public criticism of Goldman Sachs has come to China, where the investment bank has been lambasted in articles in state-controlled media. Parts of the media, apparently emboldened by congressional inquiries and public anger in the west, have openly slated Goldman, arguably the most successful foreign investment bank in China. Many people believe Goldman Sachs, which goes around the Chinese market slurping gold and sucking silver, may have, using all kinds of deals, created even bigger losses for Chinese companies and investors than it did with its fraudulent actions in the U.S. Some officials have even accused the bank of 'playing little tricks carefully designed to gamble with Chinese enterprises'. The media largely criticize Goldman for being too successful in China. Goldman saw a 2007 investment in a small pharmaceuticals export company of less than $5 million rise to nearly $1 billion at the company’s IPO, a gain of 20,000%." - Jamil Anderlini, Financial Times A predator lurks in US, and in China "Investment banks such as Goldman Sachs are the major tools of the United States' financial hegemony. In 2007, Goldman Sachs gained more than half of its pre-tax revenue outside the US for the first time, with China as the fastest growing market. In December 2004, the China Securities Regulatory Commission approved the joint venture of Goldman Sachs Gao Hua Securities Company Ltd, which was set up together by Goldman Sachs and Beijing Gao Hua Securities Company Ltd. Goldman Sachs entered into the Chinese security market right before the start of a bullish market. According to a rule enacted in 2002, the total proportion of foreign shareholding or equity participation in foreign securities companies should be no more than one-third. Goldman Sachs owned 33 percent equity of the joint venture and Gao Hua had 67 percent. However, Gao Hua was set up by Goldman Sachs with a $100 million loan, and Lenovo, an important client of Goldman Sachs. The company is basically a front. The fact is that Goldman Sachs holds almost 100 percent of the joint venture. What is more noticeable is that, it is also the economic adviser for several provincial governments. It has provided consulting and underwriting services many times when the Chinese government issued national debts." - Jiang Yong "Code of Business Conduct and Ethics." guidelines such as: "It is the firm's policy to comply with all applicable laws." "We have a history of succeeding through honest business competition." "Each employee and director should endeavor to deal fairly with the firm's clients." Very last page - "From time to time, the firm may waive certain provisions of this Code." ECONOMIC STIMULUS A healthy economy benefits everyone. We use our understanding of financial markets, along with our capital, to invest in communities and to facilitate economic growth. • 10,000 Small Businesses: Small businesses are the greatest generator of new jobs. That is why 10,000 Small Businesses is committing $500 million to support the job-creation potential of small businesses across the United States, providing greater access to business education, mentors, networks and financial capital. • Municipal Finance: In the United States, we help states and municipalities build schools, repair bridges, improve highways and address other vital public needs by providing access to the capital markets. Since we entered the public finance business in 1951, we have been one of the largest industry participants. Over the past 10 years, we have helped to raise over $250 billion in funding for states and municipalities. As an advisor, market buyer and seller, underwriter and co-investor, we have helped secure funding for: • Public power and utility systems • Infrastructure improvements • Transportation projects • School construction and expansions • Non-profit healthcare and higher education systems • Urban Investment: The Goldman Sachs Urban Investment Group (UIG) deploys the firm's capital to help transform distressed U.S. communities into sustainable and vibrant neighborhoods of choice and opportunity. UIG facilitates affordable housing development, economic 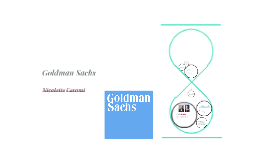 Transcript: Ticker Symbol: GS Trades on the NYSE exchange Current Price: $182.43 1 Year Target: $179.09 Headquarters: New York City, NY Next Earnings Date: October 16, 2014 Provides investment banking, securities, and investment management services to corporations, financial institutions, governments, and high-net-worth individuals worldwide. The MFI in the stock is slightly over 50 which means the stock is pretty neutral, before making any moves, study the stock to see if the MFI increases or decreases. If the the MFI increases its a good time to sell The RSI is similar to the MSI. When the RSI is over 50 its probably a good time to sell. For GS the current RSI is about 65 and looks to be going up. Now would be a good time to sell your stock and make a profit. Nicolette Cerami Goldman Sachs Market Cap: $83.58 ESP: 15.58 P/E: 11.72 Div/Yield: 2.20 (1.30%) CEO: Lloyd Blankfein Annual Salary: $55 Million Closing price for 2013: $158.21 52 Week Range:$151.65-$188.58 Analysis 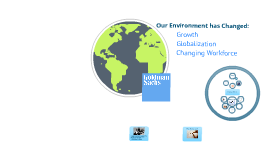 Transcript: Managing Directors Target Structure & Content Governance & Sponsorships Growth Globalization Changing Workforce Why is This Important? Corporate Culture Faculty Location Cultural Intelligence Improve Endurance of Corporate Culture Structured Training Program Main Goal Frequency Implementation Our Environment has Changed: Vertical Development "Change is the law of life. And those who look only to the past or present are certain to miss the future." - President John F. Kennedy