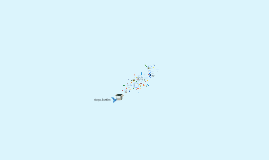 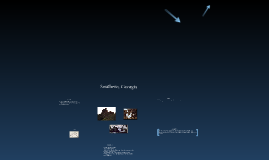 Transcript: Georgia had short, harsh, and mild winters. They had long, hot, and humid summers, and they also had violent thunderstorms. In the far west of Georgia they called it the "Back Country" because it was rugged, cooler, mountainous, and foresty land. this colony had red-clay plains for growing and farming also they had fertile swamps. Farmers grew rice, tobacco, indigo and cotton. Farmers had large plantations and they used cash crops. -Georgians elect representatives. -They had religious freedom. -The far west was called the "Black country" because it was rugged, cooler mountainous, and foresty land. -The people in the colony were missionaries and Native Americans. -Georgia was the only colony of the thirteen that received financial aid by a vote of Parliament. The founder of this colony was James Edward Ogelthorpe. He founded it so it could be a place of refuge for poor debtors. Southern, Georgia founder economy Five facts climate map 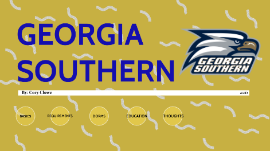 Transcript: GEORGIA SOUTHERN AVID By: Cory Clowe BASICS Mascot? THE BASICS Where is it located? Size? GUS the Eagle Statesboro, Georgia Large (about 900 acres) About 1 teacher to every 21 students REQUIREMENTS SAT 440 MATH 480 READING 920 TOTAL 01 ACT 17 READING 17 MATH 34 TOTAL 02 GPA 2.5 or HIGHER IS REQUIRED 03 ADMISSION DEADLINES An admission aplication cost $30 The early admission deadline is by MAY 1, 2020 The regular admission deadline is by AUGUST 1, 2020 DORMS DORM LIFE Freshman are required to stay on campus for their first year. Your also allowed to have a car as long as you have a parking permit! They have a variety of residence halls offering singles , doubles, and suites. This suite is around $3,160 per semester. EDUCATION Majors/Minors of Interest -Fashion Merchandising and Apparel Design -Marketing Management -Art/Art Studies DEGREES DEGREES AND PROGAMS OFFERED Offers a variety of.. Bachelor's Degree Programs Master's Degree Programs Doctoral Degree Progams SCHOLARSHIPS SHOLARSHIPS 1.Merit Scholarship 2.On Campus Housing Award Scholarship 3.Georgia Southern University Fondation Scholarship THOUGHTS THOUGHTS? Georia Southern is the college of my choice because they have plenty of majors in the arts feilds and fashion feild. The new environment is close enough to home but yet far enough for me to be independent. There are also plenty of student- organized clubs or communities to help me become more comfortable. PICS PICS! FUN FACTS FUN FACTS! When the college was first founded it was called The First Agricultural & Mechanical School. It is still undetermined on why the name changed. Freedon Flight is the most popular tradition when a male bald eagle soars high over the football feild and lands in the center if the feild before the first home game of the season. The campus has a "Sweetheart Circle" on the main lawn. They say if you walk around it three times you'll find your sweetheart. 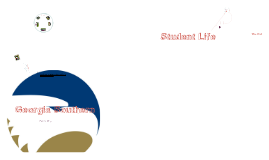 Transcript: Georgia Southern By Carter Eldridge Mission: The purpose of the Georgia Southern University Staff Council is to participate in the process of University governance by acting in an advisory capacity to the President and Chief Human Resources Officer about issues that affect and concern staff as well as the general welfare of the University. The Council strives to be a voice in decision making, promote the development and recognition of staff and supports the mission of Georgia Southern University. Early Years Established in 1906, Georgia Southern was founded as an agricultural school. It started with four faculty members and 15 students. In 1924, the name was changed to Georgia Normal School as a training center for teachers. Finally in 1959, after several renames and changes, the college was named Georgia Southern College. The institution would make the biggest change in 1990 when it became Georgia Southern University. Campus Student Life The football team has won six NCAA Division I-AA national championships (1985, 1986, 1989, 1990, 1999 and 2000). The university's baseball team has participated in the College World Series twice (1973 and 1990). The university offers intramural teams for all varsity level sports, equestrian events, fencing, and judo. Requirements Prices Additional Fees Room and board: $9,000 Books and Supplies: $1,000 Estimated personal expenses: $3,000 Transportation expenses: $2,550 Financial Support The End 14% On/Off Campus: 8% Tuition and Fees Campus Ministries- Choral Groups Concert Band Dance Activity Drama/Theater- Film Society Fraternities Government or Political Activity International Student Organization- Jazz Band Literary Magazines 21 https://bigfuture.collegeboard.org/college-university-search/georgia-southern-university https://bigfuture.collegeboard.org/college-university-search/georgia-southern-university Currently, the total cost of a year at Georgia Southern (In- State) is about 3% http://www.jugcountry.com/jug-morning/?p=1093 The first fraternities and sororities were put on the campus in 1953 and 1968. There are four governing bodies for Greek-letter organizations at Georgia Southern University. They govern all North-American Interfraternity Conference (NIC), National Panhellenic Conference (NPC), or National Pan-Hellenic Council (NPHC) recognized organizations on campus, and the United Greek Council. There are also professional Greek-letter fraternities, along with a number of academic honor societies (such as Alpha Upsilon Alpha, Beta Gamma Sigma, and Phi Alpha Theta). Also, there are a number of Greek-letter service organizations, such as Gamma Sigma and Omega Phi Alpha. (how cliche.) English: 4 years Math: 4 years Science: 3 years Social Studies: 3 years Science Lab: 2 years Foreign Language: 2 years Notable Alumni Freshmen High School SAT Requirement: Zach Mcleroy & Tony Townley http://www.landscapeonline.com/research/article/5294 Women Who Join Sororities According to collegeview.com 48% There are students enrolled all the way from Ontario and Quebec. (Math plus Critical Reading only) Required Act Score $35,000 In-state: $7,000 Out-of-state: $19,000 GSU is a large, 4-year, public university. This coed college is located in a large town in a rural setting and is a residential campus. It offers certificate, bachelor's, master's and doctoral degrees. It specializes in doctoral research, which is the area of study I am interested in. https://maps.google.com/ On/Off Campus Hispanic minimum of http://services.georgiasouthern.edu/facilities/currentprojects.htm http://georgiasouthern.orgsync.com/ Math plus Critical Reading only 8% Men Who Join Fraternities At Home At Home (cc) image by anemoneprojectors on Flickr http://colleges.usnews.rankingsandreviews.com/best-colleges/georgia-southern-1572 Out- State $23,000 In/ Out State $10,000 per academic year http://students.georgiasouthern.edu/parent/index.php?external=FFWSchedule 23% http://services.georgiasouthern.edu/facilities/currentprojects.htm The Georgia's Southern sports teams' mascot are the Eagles. They are members of the Southern Conference. The Eagles compete in baseball, basketball, football, soccer, golf, volleyball, tennis, softball, swimming and diving, cross country, and track and field. Academic Atmosphere Clubs/Organiztions minimum of High School Class Requirements Boys White Athletics Location 66% African American $17,500 (cc) image by anemoneprojectors on Flickr There are 10 residence halls on campus Some include a suite or apartment style living, and can include a luandry room, rec room, and study rooms. To help create diversity, Georgia Southern University awards a number of out-of-country tuition waivers to undergraduate and graduate international students who show good academics, financial need, and commitment. Students who receive an International Student Diversity Scholarship pay in-state tuition, equal to approximately Basic Summary 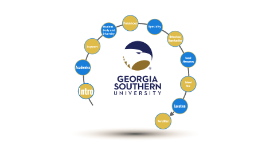 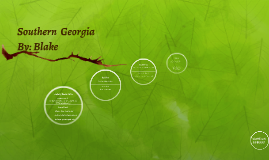 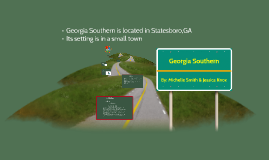 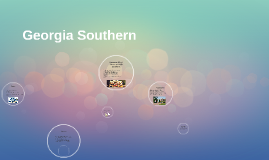 Transcript: Field and Study: Athletic Training They will take the highest SAT score for Math and Reading Tuition Fee: $145.00- $290.00 Scholarship Offers: HOPE, HELP Facts: Population: 50, 517 Location: Statesboro, GA Georgia Southern is located in Statesboro, GA It is about 3 to 4 hours from her to get down there Population 1.My two cousins both went there. 2. My brother goes there 3. I love their fraternities and sororities and I want to be in a sororitiy. 4. I love all the warm weather down there. There is a library on campus, Eagle- Dining, Lakeside Dining, Starbucks, Chick-fil-a, and many other wonderful organizations! Reasons Why I Chose Georgia Southern: Colors: White, Blue, and Gold Mascot: Freedom the Bald Eagle, GUS the Eagle Location: School's Website Facts: Male students: 9,786 Female students: 10, 673 Average age of students: 18 Total students: 20, 459 On- Campus Organizations http://www.georgiasouthern.edu/ Georgia Southern