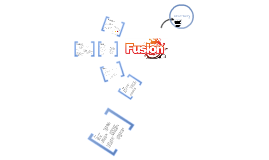 Transcript: Research began in 1940s and 50s, starting with the US, the UK, and the Soviet Union Research focused on using magnetic fields and electromagnetic forces to contain the hot plasma Discovered difficult to contain the plasmas, due to expanding and escaping gases Plasma physics theory was unable to describe this International cooperation was needed as all nuclear projects were secret until 1958 Shared progress at Second Geneva Convention on Peaceful Uses of Atomic Energy Another form, called inertial confinement fusion Would employ large pulses of laser energy to implode and shock-heat matter to temperatures needed for nuclear fusion Practical fusion reactors were not created as of yet Successful fusion power systems must be able to produce electricity safely and in a cost-effective manner, with a minimum amount of radioactive waste and environmental impact In the Sun... In Hydrogen Bombs... Fusion would be a nearly inexhaustible energy source Pros http://en.wikipedia.org/wiki/Fusion_power http://www.atomicarchive.com/Fusion/Fusion1.shtml Citations Two isotopes of hydrogen, deuterium and tritium, are fused to form a nucleus of helium and a neutron. The process that powers the sun and all other stars Conclusion Where two atoms of hydrogen make energy Process Forms the energy of Sun http://www.britannica.com/EBchecked/topic/421667/nuclear-fusion/48320/History-of-fusion-energy-research http://www.newscientist.com/data/images/ns/cms/dn17953/dn17953-1_300.jpg A fusion reactor would be a target for terrorism. http://www.science.doe.gov/ofes/whatisfusion.shtml http://fusioned.gat.com/what_is_fusion.html http://upload.wikimedia.org/wikipedia/commons/thumb/d/df/Sun_in_X-Ray.png/300px-Sun_in_X-Ray.png http://www.derrickmitchelldesign.com/images/portfolio/fusion/fusion2.jpg http://www.windows2universe.org/sun/Solar_interior/Nuclear_Reactions/Fusion/Fusion_in_stars/H_fusion.html If we could only start fusion and stabilize it, it would mean unlimited energy. The atoms need to be heated to over 100 million degrees. Fossil fuels would become obsolete, stone age, and unnecessary for the rest of human existence. Four Hydrogen nuclei come together to form a Helium nucleus http://www.sciencephoto.com/media/341710/view What is Fusion? Cons History A gallon of water would contain the energy of 300 gallons of gasoline. We could power the entire world without using any resources except running the generator which would be self sufficient if achievable. The heat needed to fuse the two atoms is too immense Fusion has not yet been harnessed for the use of energy. History Pt. 2 We could run the power from the fusion reactor to stations all over the world to power all aspects of life. 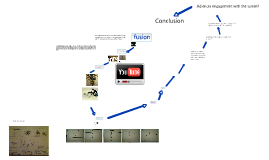 Transcript: The idea behind my fusion idea,stemed from coming across a cocoon, this made me think about how facinating there cycle of life is. Then thinking about the space which we have to work with on the Fusion screen, and the number of projectors which can be used singular or used to work together to produce an image i wanted to try use all the space by using the centre projector for the first part of the animation then the animation will envolve an use the full length of the screen by doing so to interact with the sense of space. idea - illusion of life character design how much time does the average spectator spend in the space viewing the screen. what kind of audience visits the screen? is the experience linear, process? ( dip in an out of? Disrupted?) Adiences engagement with the screen? Conclusion fusion story board watchout line tests research Click anywhere & add an idea 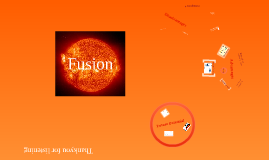 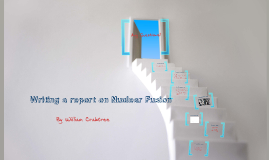 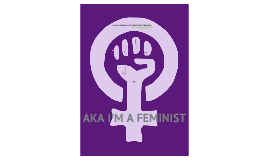 Transcript: I HAVE A PROBLEM WITH CHRISTIANITY BECAUSE... Ephesians 5:22-33 (NIV) 22 Wives, submit yourselves to your husbands as you do to the Lord. 25 Husbands, love your wives, just as CHRIST loved the church and gave himself up for her Women can't do everything men can Our roles are different Feminism has let men off the hook! Men should lead... The men here... Jesus died for ALL sin aka I'M A FEMINIST! 3 5 it's misogynistic and 7 reasons why it's not 1 7 Miss-sodge-in-wahhhttt? 2 NEK MINUTE 4 The hatred of women - by men 6 AKA I'M A FEMINIST 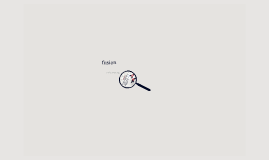 Transcript: A crude but multi-sensory product that you could not only read but touch, smell and even taste. Global Sourcing We started looking into contraception and sex in a trashy/crude way, inspired by a few issues of Visionaire. As a group we liked the fusion found in fertilization and two people coming together. fusion Bringing our publication back into a fashion context, we can see the book becoming something that can be produced and used as an inspiration book within a publication or incorporated into a trend book. For our own product we chose to use a book that we could customize to fit our time scale. The book would contain not only text, but different textures of papers, illustrations and textile pieces. CONCEPTION Inspiration for Product The book can be adapted to become less or more explicit to adapt to different markets. whether it is just using an article or a large part of it.