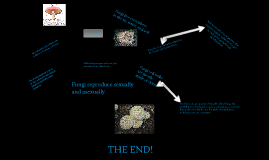 Transcript: FUNGI Fungi live everywhere in the air, water, and soil Mycologists belive there are millions of species of fungi Fungi are heterotrophos obtaining their nutrients by absorbtion A heterotroph is an organism that requires organic substrates to get its carbon for growth and development. Fungi cell walls are mostly made of chitin It is the main component of the cell walls of fungi, the exoskeletons of arthropods such as crustaceans and insects, the radulas of mollusks, and the beaks of cephalopods, including squid and octopuses. Other fungi are parasitic and get nutrients from their hosts The fungi kingdom is more closley related to the animal kingdom than the plant kingdom Fungi reproduce sexually and asexually THE END! 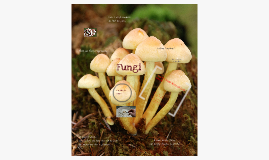 Transcript: Are fungi living things? What do they need to stay alive? How are fungi different from plants? Fungi do not have flowers They reproduce through spores like ferns They do not make food like plants They do not have basic plant parts like roots, stem, flower, leaf and fruit If fungi are not plants, can they be classified as animals? Can they be eaten? On your whiteboard, write at least one fungi that can be eaten And another one that is poisonous How do they reproduce? Draw a simple mushroom and label the parts Fungi 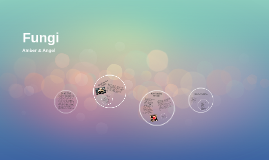 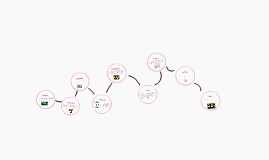 Transcript: Uses Nutrients Fungi are nature's recyclers and help decompose dead materials. They are used as food and antibiotics. Cell Wall They are dying because of a loss in habitat. Some species depend on a single tree to live off of and if that tree were to die then it will kill the species. If a plant were to become rare or threatened then so does the fungi. They feed off of a mycelium, usually is hidden in the soil, in wood, or another food source. Once this food source dies so does the organism. Concerns So What How Some decompose dead organic materials and some cause disease because they live on living organisms. Two common fungal disease that live on humans are athlete's foot and ringworm. Food Source There are only three species that are on the 2012 Red List of Threatened Species, but most scientist believe that is because not a lot of people study fungi. Fungi has cell walls made out of chitin. This is the same material that is used in hard outer shells of insects and other arthropods. Plants don't make chitin. Fungi absorb nutrients from organic material, but don't have stomachs. The hyphae takes out acids and enzymes so the fungi can absorb what is left. Fungi were considered part of the Plant Kingdom until scienctist learned that it was closer related to an animal. Fungi can be found in all different places. The obvious one is mushrooms that people eat. Yeast is also a type of fungi. Drugs that are made from fungi help to cure diseases and stop the rejection of transplants. They are also used in flavoring for food, vitamins and help to remove stains. Decomposers Kingdom 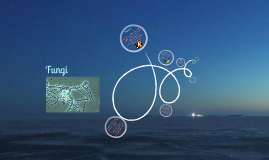 Transcript: Fungi play an important role in recycling organic material Fungi have cells with a cell wall in addition with their cell membrane Fungi are heterotrophic decomposers Plankton that are large enough to get trapped in the nets are called net plankton Marine fungi are found in the intertidal zone, shallow water, sa;t marshes, and mangrove swamps Plankton samples are taken with a nylon plankton net Many species of phytoplankton are too small to be captured by the nets. They must be removed from samples of seawater using special filters Fungi Some marine fungi act as parasites, infecting diatoms, algae, and a variety of higher plants and invertebrate animals Marine Fungi Features When they reproduce asexually they form special cells called spores Plankton Sampling 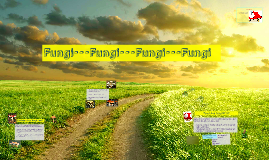 Transcript: Food has fungi?!?!? Rescource Suprise! You may have never knew that, but you have been eating it almost every single day! Some fungi can be deadly, but don't worry! They don't sell deadly fungi. "It's always wise to be sure that it's not a posionous look alike." www.countrysideinfo.com www.countrysideinfo.com Foods that have fungi are All types of fungi can recycle the nutrients to the soil Fungi keeps the world clean Without it, we would be a world of trash Mushrooms, Bread, Cheese, Pizza, and more! One of the most known medicines using fungi is Penicillin, which comes from the fungus Penicillium. "Certain chemical compounds isolated from fungus may prove to be treatments for certain types of cancer." Much more fungi in this world also makes medicine like substances. Fungus are RECYCLING! Medicine has fungi too? Fungi---Fungi---Fungi---Fungi