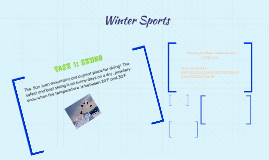 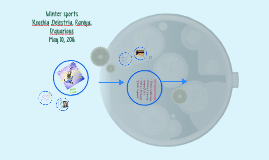 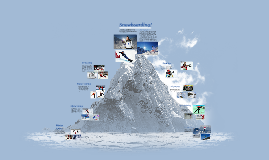 Transcript: Snowboarding! Ice hockey The development of snowboarding was inspired by skateboarding, sledding, surfing and skiing. It was developed in the United States in the 1960s and became a Winter Olympic Sport in 1998. Figure skating is a sport in which individuals, duos, or groups perform on figure skates on ice. It was the first winter sport included in the Olympics, in 1908. The four Olympic disciplines are men's singles, ladies' singles, pair skating, and ice dancing. In senior-level competition, skaters generally perform two programs (short and long) which, depending on the discipline, may include spins, jumps, moves in the field, lifts, throw jumps, "death spirals", and other elements or moves. Freestyle skiing is a form of skiing: moguls, and ski ballet. Today, freestyle skiing consists of moguls, ski cross, ski half-pipe and slopestyle as part of the Olympics. Freestyle skiing first began to be seriously in the 1960s and early 1970s, when it was often known as "hot-dogging." Bob Burns, who later went on to create The Ski brand skis, pioneered this style in Sun Valley, Idaho, beginning in 1965. Alpine skiing is the sport where in sliding down in mountains. Alpine skiing is popular wherever the combination of snow and mountain slopes. Alpine skiing to performe Europe, North America, Australia and New Zealand, the South America, and East Asia. Alpine skiing began as a club sport in 1861 at Kiandra in Australia and a number of similar clubs in North America and the Austrian and Switzerland Alps. Winter Sports Biathlon First snowboard Biathlon is a winter sport that combines cross-country skiing and rifle shooting. A variant is summer biathlon, which combines cross-country running with rifle shooting. This sport has its origins in an exercise for Norwegian people, as an alternative training for the military. Speed skating The first ride of snowboarding dates back as early as the 1910s, when people use wood boards and horse reins. Modern snowboarding began in 1965 when Sherman Poppen, an engineer in Muskegon, Michigan, invented a toy for his daughters by fastening two skis together and attaching a rope to one end. The "snurfer" (combining snow and surfer), the toy proved so popular among his daughters' friends that Poppen licensed the idea to a manufacturer, Brunswick Corporation, that sold about a million snurfers over the next decade. And, in 1966 over half a million snurfers were sold. Freestyle skiing A winter sport is a sport which is played in winter. Traditionally such sports were only played in cold areas during winter, but artificial snow and ice allow more flexibility. There are many types of winter sports: alpine skiing, snowboarding, ski jumping, speed skating, figure skating, bobsleigh and snowmobiling and team sports for example ice hockey. Winter sports often have their own multi-sport tournaments, such as the Winter Olympic Games. Ice hockey is a team sport played on ice in which two teams of skaters use sticks to shoot a hard rubber hockey puck into their opponents net to score points. Ice hockey teams usually consists of four lines of three forwards, three pairs of defencemen, and two goalkeepers. In North America, the National Hockey League (NHL) is the highest level for men's hockey and the most popular. Ice hockey is the official national winter sport of Canada where the game is very popularity. Worldwide, there are ice hockey federations in 73 countries. Ski jumping The skis used for ski jumping are wide and long (260 to 275 centimetres . Ski jumping is a winter sport, performed on snow, and is part of the Winter Olympic Games, but can also be performed in summer on artificial surfaces. Ski jumping belongs to the Nordic type of competitive skiing. Alpine skiing Figure skating The standard rink for long track is 400 meters. It is one of two Olympic forms of the sport and the one with the longer history. An international federation was founded in 1892, the first for any winter sport. The sport enjoys large popularity in the Netherlands and Norway. There are top international rinks in a number of other countries, including Canada, the United States, Germany, Italy, Japan, South Korea and Russia. 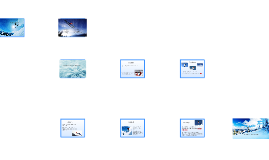 Transcript: Freestyle Ski jumping Sport includes ski jumping from springboard. independent sport, and also included in the program of Nordic Combined. skating hockey curling Biathlon Olympic sport comprising descent from the snowy slopes. Snowboarding was first included in the Olympic program in 1998 in Nagano. Winter Sports skiing toboggan figure skating Downhill The descent from the mountains on special skis. He is also a popular form of active holiday of millions of people all over the world. Snowboard Winter Olympic sport that combines ski race with shooting rifle . from 1993 official it became international competitions including the World Cup and the world championships. Thank you for attention Winter Games on the snow Freestyle ski disciplines are: Acrobatics, mogul, ski cross, halfpipe, slopestyle. Ski ballet is one of the disciplines of freestyle, which was excluded from the official competition program 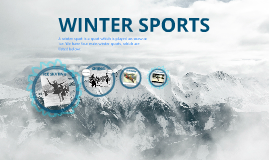 Transcript: WINTER SPORTS A winter sport is a sport which is played on snow or ice. We have four main winter sports, which are listed below: SKIING SLEDDING It's freezing! SNOWBOARDING ICE SKATING What a view! 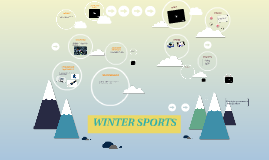 Transcript: WINTER SPORTS PHOTOS SKI JUMPING Curlin is a olympic game. Is a sport in which players slide stones on a sheet of ice towards a target area which is segmented into four concentric rings. ICE HOCKEY PHOTOS The term monoski may refer to either of two unrelated pieces of ski equipment. It is the device used in the sport of monoskiing Another device called a monoski is used mainly by people with limited use (or absence) of the lower extremities. A monoski, also known as a sit-ski, consists of a molded seat mounted on a metal frame. PHOTOS To play hockey you need a pair of skates,a stick and a hard rubber ball To snowboard you need a special boot and a board EQUIPMENT TWO YEARS OLD GIRL ICE SKATING VIDEO SNOWBOARD EQUIPMENT ICE HOCKEY EQUIPMENT MONOSKI Snowboard is a winter sport where you get on a board and go down a snow hill SNOWBOARD SKI JUMPING VIDEO VIDEO HOCKEY VIDEO Thanks for your attention! Hope you liked! In this sport you need to go down a huge snow hill and jump. The one that goes farther wins. The objective of this sport is to move on ice by using ice skates VIDEO CURLING Snowboarding Hockey is a team sport played on ice in which skaters use sticks to shoot a hard rubber hockey puck into their opponent's net to score points. For ski jumping you need special boots and a pair of skis ICE SKATING 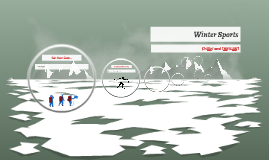