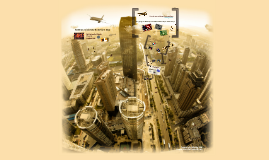 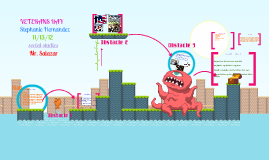 Transcript: Obstacle 3 successful missions awards My opinion is that Im glad that they serve our state because I have a brother and an uncle in a military that serve our state I will always pray for those who help our state I even pray for my brother and uncle and people that serve in the military I pray for all of them because I want them to be safe Veterans day means a person who has had long experience in a particular field It is an official united states holiday celebrating armed sevice veterans it always happen on November 11 it is also an anniversary of the end of World War 1 dear veteran, Thank you for serving in the military. thank you for all you have done for USA. I know how hard it is to serve in the military. My brother is in the military and I pray everyday so I know he will be fine and safe. Im so glad we have veterans day to celebrate it when important people serve USA. pictures they served our state in wars in many battles they helped many children in many places they help many people around the world for about a year many families have a father and they do not see their children for a year Obstacle 1 my opinion Obstacle 2 the best years of our lives white Christmas the deer hunter sayonara the manchurian candidate coming home list of movies Awards were given to veterans by the military was the program of the year in 2011 " journal of military experience" They had many student veterans of America For the 4th annul national conference in Las Vegas, Nevada VETERANS DAY Stephanie Hernandez 11/13/12 social studies Mr. Salazar letter to a veteran history of veterans day Start 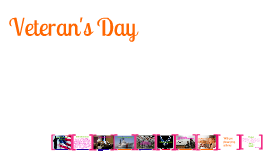 Transcript: Veteran's Day http://t2.gstatic.com/images?q=tbn:ANd9GcTuveilJz1gEe8ygrb1sznxtOtSrRWC7hox4ROmww6VZoTotfsyPQ http://4.bp.blogspot.com/-NsgDdWhwXCM/UC-4n-XV1dI/AAAAAAAADVU/yhp6llqS1hw/s1600/usaf.gif http://seniorjournal.com/NEWS/Features/4-11-09VeteransDay.htm Every military person,I just want to say one thing and that's thank you people keep saying freedom comes free but freedom has its price and you have or are risking your lives for our country you are the ones who keep us safe at night Thank you veterans for all You have done thank you air force by Emma Hunter http://t1.gstatic.com/images?q=tbn:ANd9GcRU4Kj39UzkLSWHDqmqpqOOqjOTf5PzERfmYzscxnNeF8nolqUD http://t3.gstatic.com/images?q=tbn:ANd9GcTyYzgYorE3DG9CNF5u4DiJgZHZ50cK48XtPP2TNgvdnOjdLtdj Thank you veterans have a beautiful day http://t3.gstatic.com/images?q=tbn:ANd9GcSj6hsIY9XVYp-x-mpPbqh_9OV-hkRu2scNoTcvraamDtgwfxaaEw http://static.ddmcdn.com/gif/become-volunteer-military-officer-1.jpg Nov. 9, 2004 - Veterans Day originated as “Armistice Day” on Nov. 11, 1918. Its purpose: to commemorate the end of World War I. First proclaimed by Congress in 1926 and each year thereafter, Armistice Day became “Veterans Day” in 1954 as a result of legislation signed by President Dwight D. Eisenhower. The name was changed to honor all who served the nation in wars or conflicts. Veterans Day has been observed annually on this date since 1978, except for a brief period when it was celebrated on the fourth Monday of October. Would I join the military, I don't know, I have never thought about it before. http://media.defenseindustrydaily.com/images/SHIP_USCG_Cutter_Boutwell_OIF_lg.jpg Will you please pray with me Interesting facts Prayer Thank you coast guards Thank you Navy Thank you national guards Dear God please be with all the men and women who fight for our freedom, please keep their families from worrying and for them to know we pray for them every day, please rap them up in your arms and lift up the fallen soldiers to your kingdom, in your name we pray amen! 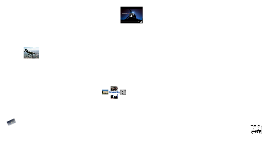 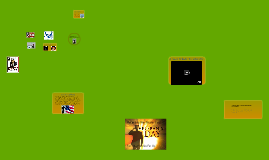 Transcript: To the members of our nation's Marine Corps, We honor you for everything you do every day guarding us from those who would wish to take our freedom To those who serve in the Navy, To the soldiers of our country's army, credits for the pictures and for the information about veterans day go to A Tribute to Veterans, A video tribute to veterans For What You Do For Us We thank you for defending both us, and our neighbors from terrorists and others who would try to harm us Thank you Ameritexflags.com patdollard.com en.wikipedia.org chnewtestament.com usafueropeband.af.mil zimbo.com usmc-mccs.org army.mil dr-armywife.blogspot.com shadetreemechanic.com everydaymama.com fraziermusuem.org Personal Military Career? and Family members in military We thank you for all you have done keeping the skies clear and fellow Americans safe. We thank you for all you do, risking your life day by day for our protection. Defenders of the sea and protectors of the noble We recognize your strength and, while we cannot possibly understand what you go through daily, we respect you for serving our country To the Coast Guard, the defenders of our shores, To those who serve in the Air Force, Veterans Day History I would probably not take a career in the military, however if I were to take a military career it would probably be in the air force. My grandfather on my mom's side and my great grandfather on my dad's side both were members of the military Veterans Day was originally Armistice Day; Armistice Day honored the veterans of WWI and was started on November 11, 1917 by President Woodrow Wilson. In 1945, Raymond Weeks (later known as the father of Veterans Day) had the idea of changing Armistice Day to include all veterans and that the name should be changed to Veterans Day. Raymond Weeks led a delegation to WWII General Dwight Eisenhower, who agreed with the idea. Raymond Weeks led the celebration every year from 1947 to 1985 when he passed away. U.S. Representative Ed Rees introduced a bill for Veterans Day and it was passed in 1956, when it was signed by President Eisenhower. Veterans We Thank You 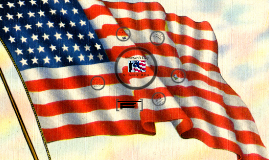 Transcript: Veteran's Day History Veteran's Day Facts Veteran's Day vs. Memorial Day 1. November 11th is both federal and state. 2. 65,000 veterans recorded their individual " war stories" at the Library of Congress American Folklife Center. 3. 5.5 million veterans living with a disability 1. The 11th hour of the 11th day of the 11th month an Armistice was signed to end WWI. 2. 1926 U.S. Congress recognized end of WWIannd declared the anniversary of armistice should be commemorated with prayer and thanksgiving http://voices.yahoo.com/10-interesting-veterans-day-facts-4790134.html?cat=37 Veteran's Day Facts Veteran's Day http://easteuropeanfood.about.com/b/2010/05/31/memorial-day-vs-veterans-day-vs-armed-forces-day.htm Why We Celebrate Veteran's Day Veterans Day: The Anniversary of the signing of the Armistice which ended the first World War. Veterans are thanked for their services. 1. To honor the people in the military 2. To celebrate the end of WWI 3. To honor the ones that are fighting in the war 1. Veterans Day was originally called Armistice Day. 2. There are roughly 24 million living veterans today 3. 400,000 U.S Armed forces died during WWII By: Jennifer Willis Memorial Day: Memorial Day is the day of remembering the men and women who have died while serving in Armed Forces Works Cited http://www.youthedesigner.com/2011/11/07/34-veterans-day-pictures-a-tribute-to-our-unsung-heroes/ 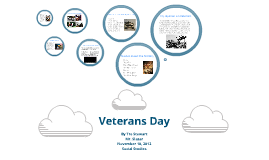 Transcript: History of Veterans Day Thank You!!! Bunker Hill D-Day invasion Osama Bin Laden's death Hiroshima bombing Capturing Sadam Hussein Bay of Pigs invasion Operation Valkyrie By Tre Stewart Mr. Slazar November 10, 2012 Social Studies Veterans Day started a few months after the Treaty of Versailles was signed on June 28th, 1919. This treaty ended World War I. President Wilson announced that November 11th was the first commemoration of 'Armistice' Day by saying these words: "To us in America, the reflections of Armistice Day will be filled with solemn pride in the heroism of those who died in the country’s service and with gratitude for the victory, both because of the thing from which it has freed us and because of the opportunity it has given America to show her sympathy with peace and justice in the councils of the nations…" Movies about the Military Veterans helping the Military Dear Veteran, Thank you for everything that you have done. I can't imagine what it is like to sacrifice so many things and serve your country. It must have been so hard to not see your family often. You have set a great example for children, including me. You show people that we can be unselfish and giving. I just want you to know that you are appreciated. Veterans Day Successful Missions done by the Military There are many awards given to members of the military who exceed expectations: Medal of Honor Prisoner of war Medal Air Medal United Nations Medal Bronze Star Medal WWII Medal Korean Service Medal Navy Cross Medal Glory Top Gun Black Hawk Down The Hurt locker Patton Full Metal Jacket The Great Escape I think that veterans should be honored for all of the work that they have done. Some of them have completed deadly missions, but all of them are just as important. I think that veterans had to be very brave to enlist in the military because they would give their lives to protect their country. I am sorry for the families who's lost a loved one to a war. My Opinion on Veterans Letter to Veteran Various Awards Given to Veterans 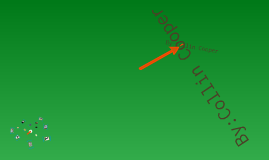