Transcript: http://www.youtube.com/watch?v=xM3U2rk8lns ATTEMPT 1 As our first attempts at travelling around Australia within 24 hours were unsuccessful, it was imperative that we re-evaluated some of the stipulations of our design challenge. As a group, we found using one airline impossible to reach our desired goal within 24 hours. Some cities had a limited number of departing flights per day which meant long delays between flights. Another problem was that Tiger Airways does not fly to some capital cities (only regional) ever. We also discovered that we were not going to be able to reach all of Australia’s capital cities within the $1200 budget allocated. http://www.youtube.com/watch?v=L47nciIF8hI ATTEMPT 2 After many lengthy and time consuming attempts, it fast became apparent that the second design would also fail. It appeared that by utilising the services of Tiger Airways and QANTAS, although we got further along our route, we still incurred the same problems experienced previously. We each had flown outside our allocated 24 hour timeframe with a budget that would have exceeded the allotted $1500 allowed for the challenge. Design Develop http://www.youtube.com/watch?v=FWnRgGH0N_Y Evaluate ATTEMPT 3 WOW we have successfully completed this challenge. All treasures collected within the time frame. Treasure collectors are impressed with our achievement. Task complete... Our reward of untold fortune? KNOWLEDGE After realising that this challenge can be done, we feel confident utilising this type of task within our future classrooms. International Treasure collectors have contacted you through cyberspace. They need an itinerary designed to travel to the eight capital cities of Australia within 24 hours. In each capital city there is a treasure that must be collected to add to their international collection. They have forwarded you $1800 for your expenses and should you complete this challenge within the allotted 24 hours and the budget provided you will receive a reward of untold fortune. Waiting for you at the concierge desk at the airport of each state’s capital city will be a parcel containing a treasure. The treasure must stay within your possession at all times. Each piece of treasure relates to the destination. THE TREASURES ARE: a black pearl from Broome, Western Australia a crocodile souvenir from Kakadu National Park, Northern Territory a piece of bauxite from Weipa, Queensland a merino fleece from Dubbo, New South Wales an opal from Coober Pedy, South Australia a gold nugget from Melbourne, Victoria a Tasmanian Tiger fossil, Tasmania Australian Constitution, Canberra Solution to Design Challenge http://www.youtube.com/watch?v=btSRXoKmnYE Our Personal DDE Experience During our journey of utilising the DDE cycle for the design challenge used in this assessment, we also noted that as a group we experienced our own DDE cycle in regard to the actual presentation. Each member of our group was deficient in computer technology skills. We had to design, develop and evaluate many times to achieve the results presented today. Treasure Hunt 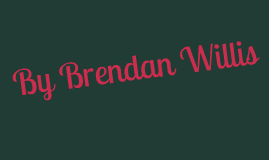 Transcript: By Brendan Willis synonyms Really it's the treasure of knowledge 1n. a woolie coat of a animal especially sheep 2vb. to rob or cheat by trickery and if you like higher vocabulary 2b. to strip of money or property by fraud or extortion Your third clue is the part of speech Antonyms Part of speech is noun/verb The treasure is the word fleece Hope you had a good time 1 A FLEECE sweater is made of wool. 2 A robber was FLEECING a couple to get their money Your first clue will be definitions your forth clue is some Sentences Oh yeah the other forms were fleecing and fleeced it would be too easy to guess right. 1 wool 2 swindle 3 coat 2 give your second clue is synonyms and antonyms We are looking for a treasure you will have four clues to find out what it is 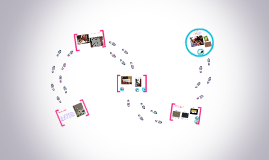 Transcript: Greece! And the last clue... in the garden Our partners are from... Look! Here it is! Finding out 8 jigsaw pieces Catalonia! Good luck and good work! TREASURE HUNT http://www.facebook.com/video/embed?video_id=2783535913626 In Navàs Navàs in Alexandroupolis... CLUE 1, by the window Last Friday 20th September a strange message inside a bottle appeared in the class of year 5 in Sant Josep school (Navàs, Catalonia) and in 1st Model Experimental Primary School, (Alexandroupolis, Greece) We've got the flag , and the map! http://www.midwayfilm.com/ Wispering Midway Man! Clue 3: now watch the videos and... just think! Alexandroupolis Reading the message Let's go to the library to find out where are our new partners from Final task: we discovered our new etwinning project doing the jigsaw 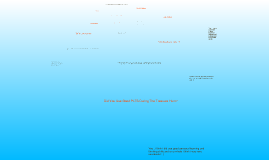 Transcript: Personal Learining And Thinking Skills. The Grey Court Treasure Hunt. Task - On The 7th September 2010 , Students From Grey Court School Taking The IT Diploma In Year 10 Was Set On A Treasure Hunt To Find Puzzle Pieces In And Around School Which Would Indicate What the Students Would Be Doing Thoughout Year 10 And 11 On the Diploma Course. PLTS Presentaion- This Presentation Is Assessing Myself on How I Used PLTS Thought the Treasure Hunt. How Successful was i ? i think i was very successful and put a lot of efforts and though into our task : ) Team Worker Yes , I was a good team worker because i listerned and particapated to my fullest efforts. Effective Participants - As an effective participant , i helped make dissisions and also influenced the group on choices we should make. Self Manager - i was able to manage myself In The aspect Of time keep and keeping myself focused on the task and making sure i dont get distrated in and around school. : ) Creative thinkers - I Did thinking outside the box. i Came Up With The Idea of the group splitting up and going to different parts of the school indivudually to find the different pices of the puzzle because it would be much faster and more tactical. Reflective learner Yes i am a reflective because i was able to look at my strengths and weaknesses thoughout my task independent Enquirers - i As questons that was revelent to the task , however it was basic question E.g Who is going to get the piece of the puzzle from newman house . but the questions were still relevent. Did You Use Good PLTS During The Treasure Hunt? Yes , i think i did use good personal learning and thinking skills and on a whole i think i was very successful : )

Transcript: This is in the canteen It is the Japanese words. 3. 4. 1. This is in the gardens. 2. This is a mural near the reception. . Treasure hunts 5. Gigi Chong Si Qi This is at the playground.Only children can play . 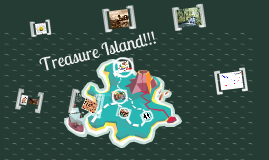 Transcript: Rush Treat Symbol Grab Symbol Curved Stream Railroad Fence A picture in your mind. Image Rush Treasure Island!!! What is treasure? Have you read any books about a treasure hunt? Have you ever dreamed of finding treasure? Treasure Map! Treat 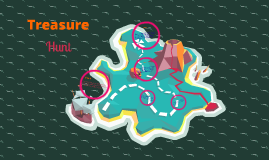 Transcript: Clue 5 - at last, your quest is done as soon as you find this last one! But to find this clue you better wait, and look around the cow field gate! Clue 3 To find this clue you must begin to look just where the ducks have been. And there you'll find a rabbit so, who'll give you a clue and say "Bravo!" Treasure Clue 5 Clue 1 And now that you have reached clue 3 you must go look up a tree! The tree's quite old and rather dead where you'll find a bear with a hat that's red! Clue 4 You have, at last, now reached clue 4 and now must look on a barn door. Look very close this animal hides quite often in a little bee hive! Clue 2 You can look high, you can look low, but this little clue is far below. Just around the back of the house, by the door you'll find a mouse. Hunt 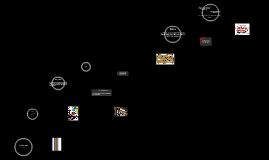 Transcript: Created by Lyndsey Murray, Anna Higgins, Fiona Hinchliffe, Debra Murray, Kirstin McPhee, Alyth Hay VSA is Aberdeen's major social care charity who pride themselves on providing the best care to the local community. Based on anaylses of the charity's key aims and objectives, an event which brings all ages within the local community together, was identified as being important. On the 7th of May Bon Accord are setting sail on a treasure hunt voyage. Could you find your way to the treasure? To embark on the treasure hunt for the day, an adult ticket will cost £3 and a child ticket costing £2 All participants have the chance to have their photo taken with a pirate. Hearty thanks fer listenin' Treasure Hunt Tickets SMILE! Event Proposal Pirates have sent you a message in a bottle, make sure it doesn't get lost in the post No matter how young you are, it's never to early to start learning After completing your enchanted journey, we lead you to your happily ever after This event has helped to raise the VSA masts of awareness. Scour the land for new shipmates. Event Analysis VSA VSA TREASURE HUNT And gather in the gold coins for the charity chest.