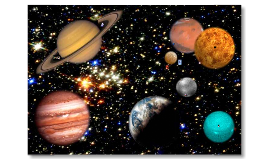 Transcript: When fifteen-year-old Bobby wakes up and finds himself invisible, he and his parents and his new blind friend Alicia try to find out what caused his condition and how to reverse it. Miranda's disbelief turns to fear in a split second when a meteor knocks the moon closer to the earth. How should her family prepare for the future when worldwide tsunamis wipe out the coasts, earthquakes rock the continents, and volcanic ash blocks out the sun? As summer turns to Arctic winter, Miranda, her two brothers, and their mother retreat to the unexpected safe haven of their sunroom, where they subsist on stockpiled food and limited water in the warmth of a wood-burning stove. Told in journal entries, this is the heart-pounding story of Miranda's struggle to hold on to the most important resource of all--hope--in an increasingly desperate and unfamiliar world. Given his lifetime assignment at the Ceremony of Twelve, Jonas becomes the receiver of memories shared by only one other in his community and discovers the terrible truth about the society in which he lives. When aspiring forensic pathologist Cameryn Mahoney convinces her father, the county coroner of Silverton, CO, to hire her as his assistant, she has no idea that one of the first deaths she will investigate will be that of her friend, Rachel Geller. Rachel is the fourth victim of a serial killer who strangles his victims and leaves a St. Christopher medal on their bodies. The teen must put aside her emotional response to the murder in order to evaluate the information clinically. In her relentless pursuit of the truth, Cameryn puts herself in danger of becoming the fifth victim of the Christopher Killer. 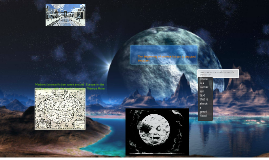 Transcript: The History of science fiction The beginning of science fiction is deputed because: It could have only happed after the scientific revolution but: There is a Sumerian text that is about a great flood Modern Science fiction came around Europe in the 16th century with the book Utopia by Thomas More 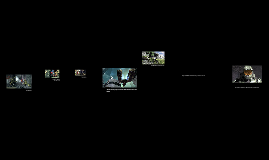 Transcript: deep in space they are able to travel far into space amd not die Aliens are trying to kill off the human race and earth. takes place on halo they fight together to kill off the aliens happens in the future Halo the Flood by: William C. Dietz the fate of eath lies in the trust of the master chief humans fight for there lives 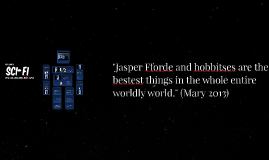 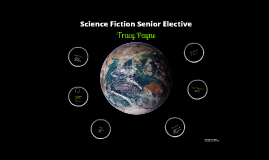 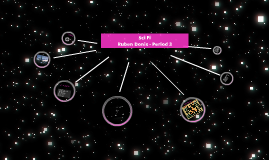 Transcript: Sci Fi 1950s Films By the 1950s, science fiction had a variety of modes and conventions A new tradition of satire began to emerge, which the people labeled the “comic inferno.” Sci Fi is a genre of fiction dealing with Imaginative content. Futuristic Science 1: Technology 2: Space Travel 3: Monsters out of the ordinary. Destination Moon Flying Disc Man From Mars The Flying Saucer The Invisble Monster Prehistoric Women Rocketship X-M Two Lost Worlds Sci Fi Ruben Donis - Period 3 1950s Film Poster Science Fiction relates to Mythology Mary Shellys book "Frankenstein" is an example of Science Fiction. Edgar Allen Poe wrote a book about a flight to the moon, at that time it seemed as science fiction. In the 1930s John W. Campbell became editor of outstanding science fiction. "Few would claim that science fiction is a uniquely American phenomenon" 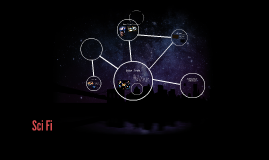 Transcript: Doctor Who is the longest running Sci Fi show and is about a Time Lord known as the doctor who travels through space and time in the TARDIS. Doctor Who Mass Effect Star Wars Star Trek Sci Fi Star Trek is Sci Fi show that was created by Gene Roddenberry in 1967 and has multiple spin offs like Star trek TNG How do I explain Star Wars. Ok its about a kid who lives in the dessert and gets help from an old man to fight an evil empire. The second he gets help from a muppet to be a better fighter and meets his dad who is a robot with asthma. JUST WATCH IT Battlestar Galatica Mass Effect is a Game where you play as Commander Shepard who has beem put in charge of the Normandy and soon finds out about the threat known as the Reapers it sounds alot cooler than how I say it. 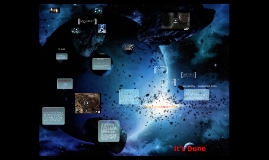 Transcript: Science fiction is a genre of fiction dealing with content such as future settings, futuristic science and technology, space travel, aliens, and paranormal abilities. Fantasy In general, science fiction differs from fantasy and refers to things that might someday be possible or that at least embody the pretense of realism. Origins of Science fiction The early Greeks were entertained by epic poems about various gods, monsters, and fantastic voyages to far-off worlds. These fables were used as entertainment, and a way of intergrating religious beliefs into every day experience. In the centuries that followed, fiction kept pace with scientific and geographic discoveries. There were still sea monsters, giants and dragons, but each European voyage of discovery pushed their existence further and further beyond the expanding boundaries of the known world. Superhuman stories deal with the emergence of humans who have abilities beyond normal humans. This can happen either from natural causes such as in Olaf Stapledon's novel Odd John, and Theodore Sturgeon's More Than Human, or be the result of intentional experimentation such as in A. E. van Vogt's novel Slan. These stories usually focus on the alienation that these beings feel as well as society's reaction to them. These stories have played a role in the real life discussion of human enhancement. Alternative history are stories based on historical events that may have turned out differently. These stories may use time travel to change the past, or may simply set a story in a universe with a different history from our own. Sci Fi prezi by Taijuon Chow Subgenres The first book to adopt a truly scientific approach to fiction is Mary Wollstonecraft Shelley's Frankenstein. The book's genesis is well known; a group of poets, artists, leading Romantics, challenge each other to write a horror story one dark and stormy night at the Villa Diodati Mary Shelley — Frankenstein (1818) Horror Sci fi Superhuman Time travel The first major time travel novel was Mark Twain's A Connecticut Yankee in King Arthur's Court. The most famous is H. G. Wells's 1895 novel The Time Machine, which uses a vehicle that allows an operator to travel purposefully and selectively, while Twain's time traveler is struck in the head. The term "time machine", coined by Wells, is now universally used to refer to such a vehicle. Stories of this type are complicated by logical problems such as the grandfather paradox. Time travel continues to be a popular subject in modern science fiction, in print, movies, and television such as the BBC television series Doctor Who. Apocalyptic Apocalyptic fiction is concerned with the end of civilization through war,pandemic, astronomic impact,ecological disaster, or a world or civilization after the disaster occurs. Alternate history Classics in the genre include Bring the Jubilee and The Man in the high castle. Sci-fi horror films are a sub-genre of science fiction and horror films, often revolving around subjects that include but are not limited to alien invasions, mad scientists, and experiments gone wrong. Sci Fi It's Done Although the term 'science fiction' didn't come into use until the mid-19th century, there are several important works published before then that can lay a claim to being part of the genre. This is known as proto sci fi Science fiction is largely based on writing rationally about alternative possible worlds or futures. it is similar to fantasy, but differs in some ways.