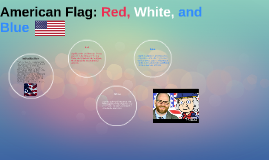 Transcript: Signifies valor and bravery. The red appears in the stripes of the fag. There are 13 red and white stripes, which stands for the original 13 colonies. Introduction The U.S. flag has undergone many changes since the first official flag of 1777. On June 14, 1777 , the Continental Congress passed the first Flag Act, which said that the flag would be made up of thirteen alternating red and white stripes and thirteen white stars on a blue field. Stars have been added to the flag as new states join the union. Currently, the flag contains 50 stars. Red Signifies Vigilance, perseverance, and justice. While the flag's colors did not have a specific meaning at the time, the colors were significant for the Great Seal of 1782. Blue Signifies purity and innocence. The white appears in the stripes but also in the stars. The stars stand for the 50 state that are in U.S. American Flag: Red, White, and Blue White 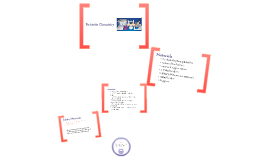 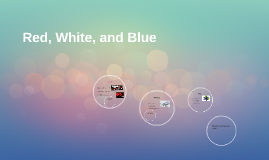 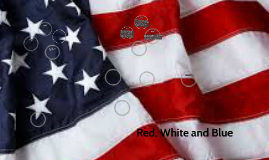 Transcript: Lyrics (2) Courtesy of the Red White and Blue Our flag stands for liberty and justice for all It stands for a country ruled by law And when in a parade I see it passing by I cannot hide my patriotic pride The American Flag Our American Flag Poem (insert youtube video here) Red, White and Blue Lyrics (3) Lyrics (1) Poem By: Ellen Bailey Our flag stands for freedom and basic human rights It serve as a rally when against tyranny we must fight It was conceived in battle when our country was young And many have defended it since our liberty was won It represents a place where dreams can come true Where men and women can live the life they chose Without fear from some maniacal regime Standing ready to crush their dreams Poem Poem (2) Our flag is one with colors every so bright A symbol of goodwill and all that's right It is a beacon for those who are oppressed Who pine to live in the land of the blessed It represents a dream to those from afar That things can be much better than they are They look upon our flag as an emblem of hope When from their oppression they wish to elope 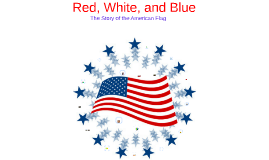 Transcript: Red, White, and Blue The Story of the American Flag being able to do, say, and think as you please unfurl stripes names used instead of real names birthday X-ray worn away on the edges and threads are hanging loose indivisible cannot be divided or separated into parts Armpit the day you were born loyalty or faithfulness a person feels to his or her country, a leader, a friend, or family history to unroll or spread out groups of people who left their own land to settle in another land American Revolution freedom from being controlled by other people or countries nicknames war in which the 13 American colonies gained their freedom from England Squid all that has happened in the life of a people, a country, or a field of study such as science or art national lawmaking group of the United States Congress patriotic another name for North America and South America or the United States piece of colored cloth with stars or other symbols on it that represents a state or country independence long, narrow band of color shows love and loyalty to his or her country stars something, such as a sign, a mark, or an object that stands for something else colonies freedom America symbol Magnet Zero Barf Bag Caveman frayed allegiance shape that has five or six points flag 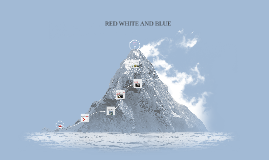 Transcript: Alabama Symbols By, Kaylin and Ay'sha RED WHITE AND BLUE The Yellowhammer was designated the official state bird of Alabama in 1927.The correct common name of the Yellowhammer is the Northern Flicker. The Alabama state flag was athorized by the Alabama legislature on February 16,1895 by act number 383. THANKS In 1955,Act no. 564 was approved and designated the tarpon to be safe fish of Alabama. Later it became the state saltwater fish . ALABAMA State Fruit RED WHITE AND BLUE Alabama designated black bear as the offical state mammal in 1996. Black bears are intelligent , secetive, and shy animals - actully seeing a black bear in the wild is really rare. STATE SALT WATER FISH State Mammal State Bird Senate Bill 163 designated the blackberry, Rubus, R. occidentials, as the official state fruit in 2004. 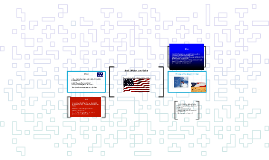 Transcript: White In the United States flag, the "red" represents hardiness and valour. The red is found in the reds stripes. There are white stars and stripes on the flag. The colors of the United States Flag Purity: "freedom from immorality" Innocence: "lack of guile or corruption" Stands for the vigilance, perseverance, and justice. The blue on the flag surrounds the stars. History of the American Flag Blue Vigilance: "the action or state of keeping careful watch for possible danger or difficulties." Perseverance: steadfastness in doing something despite difficulty or delay in achieving success. Justice: just behavior or treatment. 1. How are each of the U.S. flag colors significant? 2. Who made the U.S. Flag? 3. How many stars and stripes did the original flag have? 4. How many does it have now? Red Hardiness: "the ability to endure difficult conditions." Valour: "great courage in the face of danger, especially in battle." Red, White, and Blue In the United States flag, the white stands for purity and innocence. Concluding questions 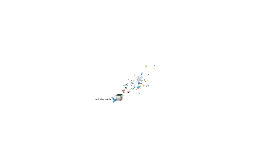 Transcript: Thanks for learning these colors with me! I hope you have learned something about these 3 important colors!! Blue is a color that is cool and calm Red Today we will learn about these colors, and also some examples of them in your life that you see everyday. Some examples could be clouds, snow, or vanilla ice cream Blue Some blue things are the ocean, blueberry's, and the sky They also are the 3 colors the United States Flag. White Red, White, and Blue Red is a color that is bold and bright. The Colors Red, White, and Blue Some examples of red things could be strawberry's, firetrucks, and even blood The colors red white and blue are seen everyday whether you know it or not. White is a color that is peaceful and clean