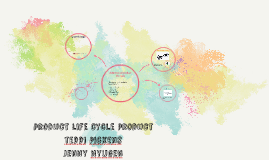 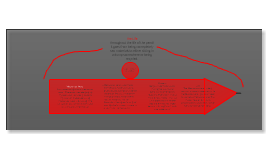 Transcript: Mechanical pencils are made from 3 basic materials plastic, graphite, and synthetic rubber for the eraser. Plastic is made from mixing synthetic material with natural materials in a lab. Graphite is the highest quality of coal. Synthetic rubber is made in a lab much like the plastic. Mechanical Pencil I am researching a basic mechanical pencil. These are used everyday by my peers and i can really relate to my product. I have been using mechanical pencils for a long time so i can tell you some problems and solutions about the product. Product Life Cycle!!!! By: Nick Olson 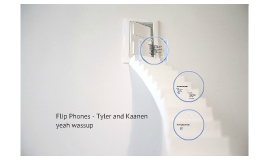 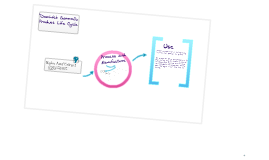 Transcript: Dominick Gammello Product Life Cycle Raise And Extract Originated from a seed which grew...obviously, into a tree. And the tree wood was cut and trimmed to a prism shape. It would be harmful to get because trees are helpful to society. Process and Manufacture At the factory pencil stock is cut into pencil blocks, a bit longer than the normal length of a pencil. The small amount of extra length is called the trim allowance, that bears importance later on in the process. Pencil blocks are cut into pencil slats using specially designed circular saws. These saws are very thin in order to reduce the amount of waste in the form of sawdust. Due to the natural grain and defect of the wood, slats are sorted by width and grade for further processing. Slats without defects are called full ply. Some slats are cut to smaller widths. Pencil Slats are treated with wax and stain to obtain uniform color and improve the machining and sharpening characteristics of the wood for future processing. The slats pass through a final inspection process and then are packaged and shipped to pencil factories. At the factory a machine cuts grooves into the slats to accept the graphite. Writing cores- made from a mixture of graphite and clay - are placed into the grooves. Coloring pencils may use wax-based cores while many other formulations are used in cosmetic pencils. A second grooved slat is glued onto the first making a sandwich- by a machine called a lead layer. The sandwiches are then clamped and held together tightly while the glue dries. Once the glue dries, the sandwiches are transferred to a shaper and are first trimmed to assure that the sandwich is square and that all the pencils will be the proper length. Then the sandwich is machined into pencil shapes such as hexagonal, round or triangular. Individual pencils cut from the sandwich are ready for further processing. Any pencils with defects, such as uncentered leads or chipped wood, are discarded at this point. This leads to the pencil Use Product is carried out of factory ready to stores that purchase the pencils. The pencils are boxed and packaged in the same factory they are finished in and get the brand name and logo and the store then distributes its selling price via how much they payed to get them from the factory. (cc) photo by jimmyharris on Flickr Double click to crop it if necessary (cc) photo by Metro Centric on Flickr doodles Budapest San Francisco notes outlook photo frame Place your own picture behind this frame! Notes (cc) photo by Metro Centric on Flickr Stockholm (cc) photo by Franco Folini on Flickr 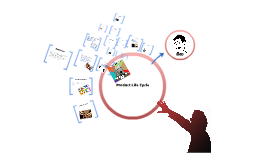 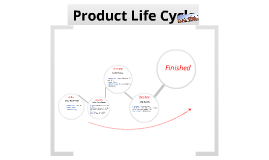 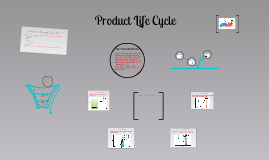 Transcript: Product Life Cycle Decline Stage Growth Stage Maruti Alto (Old) PLC Number of companies starts dominating the market. Difficult for the existing company to maintain its sale. Market may perceive the product as 'OLD’. Profits and Sales decline rapidly. Liquidation or Diversification is recommended. With introduction of Maruti Alto it quickly jumped to the growth stage. Maruti K10 PLC Product life cycle is the stages through which a product or its category bypass. Stages of Product Life Cycle- Introduction Growth Maturity Pre-Maturity Post-Maturity Decline Not all product reach the final stage, some continues to grow and some rise and fall. Maruti Alto 800 PLC From 2008 to 2010 Maruti Alto was in Pre-Maturity Stage. Growth comes with the acceptance of the innovation in the market. Sales grows rapidly. Profit starts to flow in. Manufacturer can experiment with its new ideas and innovation. Large amount of marketing is done. It starts at the end stage of the growth rate. It is further divided into 2 stages- Pre-Maturity Stage: Sales slowdown. Many new firms enters the market. Profit increases at decreasing rate. Post-Maturity Stage: Aggressive competition in the market. Sales is maximum at the start but then it remains stable. More investment in Marketing will decline the profits. Huge investment in R&D is made. Maruti 800 PLC Product Life Cycle of Maruti Alto It is the stage of low growth rate of sales. Product is new in the market. A firm usually incurs losses rather than profit. Low competition Information should be communicated to the consumers through various media. Decent amount of marketing is required. During its pre-maturity stage Maruti Suzuki introduced new color range and features. During the post-maturity stage Maruti Suzuki introduced New Maruti Alto ‘K10’. With decline in sales of Maruti 800 and Maruti Alto being in Maturity stage, Alto 800 is introduced in 2012. Hence Maruti Suzuki opted for a diversification strategy for both of its leading products. Steps Taken by Maruti Suzuki What is Product Life Cycle (PLC)? Maruti Alto (Old) PLC Maruti Alto (Old) PLC Maruti Alto (Old) PLC Maturity Stage Maruti Alto experienced one of the highest Growth period from 2000 to 2008. From 2010 till today Maruti Alto is under Post-Maturity stage whereby its sale is not increasing. Introduction Stage

Transcript: The process starts when the tree is cut down. Then the tree is sent to a wood chipper to reduce the wood down to a pulp. They add water to the pulp and is ready to be pressed. Recycling Sadly most papers can only be recycled two to three times before coming useless The Life Cycle of Paper Next the tree is removed of all branches and then sent to a machine that get rid of all the bark. is here The pulp is then pressed into paper and is ready to printed on. After Being Printed onto you can recycle it. At the recycling plant they wait till they have a large number of sheets of paper and then put them in a shredder Then the paper shredding is sent to a de-inker. After being de-inked the shreds are sent to a thermomechanical recycling machine that turns the shreds back into a pulp The recycled pulp is ready for re printing and the process starts all over again