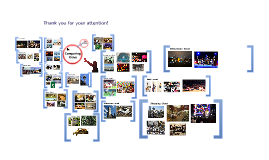 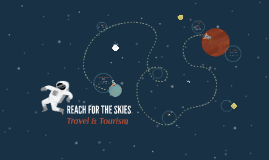 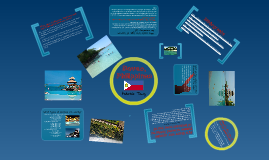 Transcript: The tourism i am proposing is an adventure tourism because in order for you to get to the Philippians, you would have to travel there by plane, and also there is a lot of thieves there, and because not many people would choose the Philippians as one of their top tourism destinations, i thought it would be a good thing to show them the positive things and what they are missing out on. - And for hotels, there is the: What type of Climates, Environmental and Physical features are there? - The types of climates in the philipines are tropical marine; which mean it is usually affected by the sea, heavy rains in the summer/fall seasons (may to october) with occasional typhoons/dangerous storms; and cooler drier weathers in the winter season (december to february) Patrick Tang http://www.wiki-maps.com/davao/category/3 What are the natural and human Characteristics of the region? Why is this tourism appropriate for their needs and interests? FLKHKDH What might be possible environmental concerns that the developer might have to consider when building here? Tamolo Police Station - Beautiful islands with amazing beach view cottages/hotels in the Western Pacific Ocean, Boracay Islands; but also has great Volcanoes, Mountains, Valleys and Costal Plains as sceneries Why is this development suitable for the area? Who would this type of tourism be marketed to? The most well know attraction in the Philippines. This man made creation is one of the Seven Wonders of the Philippines. Located in central Luzon, the rice land have been carved by local Ifugao people over the last 3,000 thousand years. People are still building the terraces. "The locals often describe the terraces as the largest man made structure created without forced labor. If each terrace were laid end to end, they would stretch almost 14,000 miles. They were declared a UNESCO World Heritage site in 1995 and placed on the endangered list in 2001." This type of tourism should be marketed to the couples who are newlyweds who are not looking to have kids until they are a little older so they can have their fun now and have a family in the future. Also, this tourism can be marketed to the kids coming out of university and working for a little bit and trying to have a little fun with their buddies. Buhangin Police Station - There are many variety of services nearby, including: How might these issues be addressed? Tugbok Police Station There are no environmental concerns that the developer have to consider because there is nothing to build, 'cause everything is already there and that as long as people who visit the historical sites keep it clean, dont fool around with it and dont destroy it, it would be fine. - As of July '11, the Philippeans have an approximately 101,833,938 Grand Regal Hotel Davao Davao Fortune Inn http://everything-everywhere.com/2008/02/24/the-seven-wonders-of-the-philippines/ Mintal Police Station http://philippines09.weebly.com/physical-features--climate.html The types of activities and attractions that would be included would be scuba divingsnorkling near the Tubbataha Reef in the middle of the Sulu Sea; Mountain climbing one of the famous Philippine mountains, the Sierra Madre; go visit the Mayon Volcano, another Wonders of the Philippines, which has been known for the most perfect conic shaped volcano in the world, and some even call it the "Filipino Mount Fuji." Holy Spirit Medical Clinic - Cutting down forest in watershed areas such as soil erosion; air and water pollution, also coral reef is starting decrease due to environment; increasing pollution of fish breeding swamps Davao Imperial Hotel We R Inn Hotel - As for police stations, there is: 0-14 years: 34.6% (male 17,999,279/female 17,285,040) 15-64 years: 61.1% (male 31,103,967/female 31,097,203) 65 years and over: 4.3% (male 1,876,805/female 2,471,644) This development is suitable for the area because it is already happening as speak, many people travel to the Philippines to do adventure tourism and to learn about the culture Are there any special human created features of interest near here? What type of tourism are you proposing? Why? I think that, this tourism is appropriate for their needs and interests because they just want to have fun, and they dont really feel like partying anymore because their getting a little old for that but not ready to have a family yet, and as for the university graduates they just want to relax and go do some crazy stuff across the world so they have stories to tell, and just to say that they have done it before. Calinan Police Station Bibliography What types of services are nearby? San Pedro Hospital Inc. Davao Mental Hospital Davao, Philippines http://davao.islandsphilippines.com/davao_geography_topography.php Rice Terraces of Banaue What types of activities and attractions will be include? What is the size of nearby population? Some of the natural and human characteristics of the region include a sandy beaches and remote islands; agricultural plains 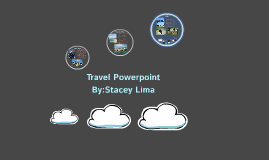 Transcript: I lived in Puerto Rico for 2 years and i loved the beaches the water is bluer and the sand is whiter. My favorite place to go was San Juan to visit El Morro (a famous Fortress) Hawaii I would like to visit colombia to experience a new culture and to meet beautiful males and eat delicious food. Ecuador Places I want to go Ohio Travel Powerpoint By:Stacey Lima Puerto Rico New York I would like to visit Ecuador because i have family there. Also because id like to visit Parke De Las Iguanas (park of iguanas) and of course the beautiful beaches I went on a family vacation to Ashland, Ohio to visit my step mothers mother. there i saw small omish towns and got to see the way they lived. Colombia I lived in new york for about 3 years, i was born there in Bronx, New York and i have many family members there. My favorite part of new york was Manhattan because of shopping of course I want to go to the best beaches and the best hotels and i would like my future children to be born here. I wanna experience there culture. 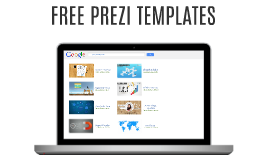