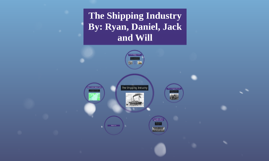 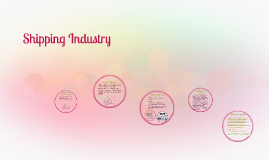 Transcript: Shipping industry is shipping goods from one area of the world to another. This is for people to get the goods they need that they can't manufacture and grow in their own country. http://www.shipbreakingbd.info/ Google images Sustainable Development Development that meets people's needs in the present without compromising the ability of future generations to meet their needs. http://www.pwc.com/gx/en/transportation-logistics/opportunities-challenges-shipping-industry.jhtml Containerization is the process of shipping goods around the world in large containers. This has a positive impact on sustainable development because an average container is 6.1 meters long but most containers today are twice the size. From this, materials that would be used to build the containers will not be depleted as much because the containers that have already been made are reusable for a long period of time. How is the shipping industry linked to economic globalization? Positive: - Allows materials from the ship to be recycled Negative: - Constant oil spills in the ocean - ship owners do not dispose of the oils properly - ships can contain many toxins that are considered dangerous in developed countries http://www.dawn.com/news/1053903/gadani-shipbreaking-yard-under-threat http://www.worldshipping.org/about-the-industry/history-of-containerization Ship breaking Containerization Does it hinder or enable sustainable development? Our Topic The shipping industry has both a positive and negative impact on economic globalization. Though it's got a really negative impact on the economy because companies ship out ships in 3rd world countries for a cheaper price and after 10 to 15 years return and dump the ship to 3rd world countries. The positive impact it has on economic globalization; money is being saved from the production and shipping of the containers. - Used in the present and it will be used in the future. - Example 1: containerization - positive impact on our society because it meets peoples needs by shipping goods all around the world. How does sustainable development tie into our concept? Exploring Globalization Textbook - Shipping industries both enables and hinders sustainable development. - Hinders: causing negative impacts on the environment - Enables: more goods are products are shipped at once for those who demand it most. http://ed.ted.com/lessons/how-containerization-shaped-the-modern-world Bibliography Shipping Industry 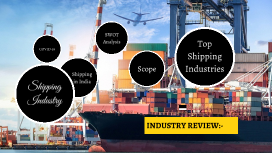 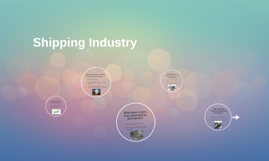 Transcript: Brought in slaves Shipped goods: tobacco, cotton, indigo Ships made profit when shipping Where was the industry based? Ports consisted throughout America in every major coastal city like New Orleans, LA What role did the industry have on the economy? What types of jobs were generated by the industry? Slaves would be shipped from Africa They worked on the ships that goods were transported on. brought in workers on ships Merchants: people who bought/sold goods How did this industry connect to slavery? Slaves made the shipped goods ex: They grew/ harvested cotton How was this industry connected to slavery? Shipping Industry 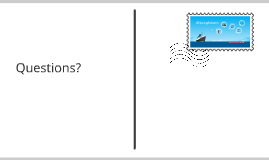 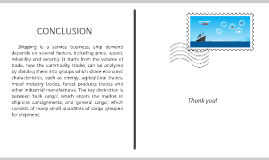 Transcript: PRESENT STATUS Indian tonnage currently stands at 10.11 million GT and Indian flagged vessels carry 8.4% of Indian trade cargo. Coastal shipping accounts for just 10% or a million GT of India’s total tonnage. India has 12 major and 200 notified minor and intermediate ports. Cargo traffic, which recorded 1,052 Million Metric Tonnes (MMT) in 2015, is expected to reach 1,758 MMT by 2017. The Indian ports and shipping industry plays a vital role in sustaining growth in the country’s trade and commerce. India is the 16th largest maritime country in the world, with a coastline of about 7,517 km. The growth has not been uniform across all the states of India. Some states have become more prosperous compared to others, which has been reflected in the cargo trade handled in various states. Between FY09-FY15, India has seen an investment of INR 52,600 Crores towards building port capacity. Last three decades have seen more than 9.5 times growth in the cargo handling at Indian ports Mercator Ltd Gujarat Pipavav Port Ltd Great Eastern Shipping Companies Ltd Essar Shipping Ltd Mazagon Dock Shipbuilders Ltd Seaways Shipping & Logistics Ltd CONCLUSION INTRODUCTION Shipping Industry, the industry devoted to moving goods or passengers by water. Around 90% of world trade is carried by the international shipping industry. Without shipping the import and export of goods on the scale necessary for the modern world would not be possible The transportation of manufactured goods has increased rapidly since World War II. There are over 50,000 merchant ships trading internationally, transporting every kind of cargo. The Indian shipping industry plays an important role in the Indian economy as almost 90% of the country’s international trade is conducted by the sea. India is ranked 16th in the world, with a shipping tonnage of around 11.5 million gross tonnage (GT). Today, India has around 1071 ships with 722 coastal and 349 overseas ships, Indian coastal shipping is highly fragmented. India has a long coastline, spanning 7516.6 km and is serviced by approximately 200 ports. SHIPPING INDUSTRY By Shabistan Negar ROLE & IMPORTANCE TOP COMPANIES Thank you! Shipping is a service business, ship demand depends on several factors, including price, speed, reliability and security. It starts from the volume of trade, how the commodity trades can be analyzed by dividing them into groups which share economic characteristics, such as energy, agricultural trades, metal industry trades, forest products trades and other industrial manufactures. The key distinction is between ‘bulk cargo’, which enters the market in ship-size consignments, and ‘general cargo’, which consists of many small quantities of cargo grouped for shipment. GROWTH OF INDUSTRY 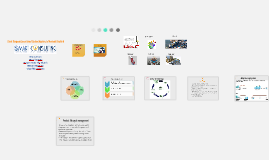