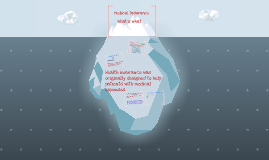 Transcript: No deductibles for some plans Prepaid Plan You will also have to pay the insurance on a monthly basis........ This monthly payment is referred to as a premium. This monthly premium is usually what we call a "Fixed" Fee, meaning the amount you pay never changes Health insurance was originally designed to help patients with medical expenses. Managed Care Advantages of Managed Care Smaller out of pocket expenses This is where a bunch of doctors will agree to provide a service for a negotiated fee for service. What's what In managed care you will choose a doctor also known as your Primary Care Provider Or your PCP Nominal co-payment or This doctor is responsible for providing medical services to you. Medical Insurance Only your PCP can render services to you and if you need to see a specialist you must have his special permission to do this 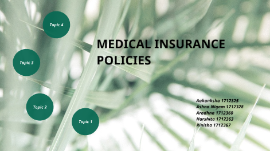 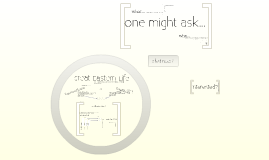 Transcript: what... is hospital and surgical insurance? well... it provides benefits for covered medical costs that result from accidents and sicknesses and... by purchasing the mentioned insurance, the insured will be reimbursed for certain inpatient and outpatient expenses depending on the limits in the plan why... then do we need hospital and surgical insurance? hospital services are generally known to be very expensive and... they will only get more expensive in future so... it is basically a small price to pay in the present to insure against immense bills in the future ok... you can start thinking and planning now! Great Eastern Life has 2 major plans that can provide for your hospital and surgical insurance needs... SupremeHealth which is free... because it is payable by MEDISAVE! guaranteed lifetime coverage covers your hospitalization bills as charged, except the regulatory deductible and co-insurance renewal discounts unlike other plans... and TotalShield payable... at a small price if you are below 30, it's a mere $23 per month! you can renew your policy even if you have made a claim against it! guaranteed lifetime renewability covers your hospitalization bills completely renewal discounts unlike other plans... covers pregnancy complications congenital conditions stem cell and organ transplants how about a little more detail? an illustration! Jack just had a heart bypass surgery... the hospital bill amassed was $50,000 under SupremeHealth... his bill is $50,000 there is a deductible of $3,000 after subtracting the deductible... $47,000 there is a co-insurance of 10%, which is $4,700 after subtracting the co-insurance... $42,300 this amount will be covered by the plan it then leaves us with... $7,700 this is the total amount payable from an initial bill of $50,000! however... under TotalShield this amount will be covered and waived as well! effectively... everything is covered and the bills will all be paid for! the combination of both plans is applicable to bills of any size LARGE or small feel free to drop an email to ask.giants@gmail.com to ask for an appointment! $4,700 one might ask... interested? what now? $3,000 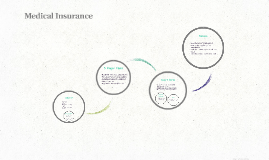 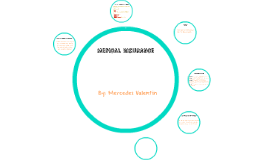 Transcript: Types of Medical Insurance If you get into a injury that requires you to need to get surgery. Health insurance helps you cover the cost. Medical Insurance By: Mercedes Valentin Common Terms Examples of Ricks Covered Most plans in Connecticut start at $206 a month. Cost Individual and Family Health Insurance Companies in Connecticut Aetna Anthem Blue Cross and Blue Shield of CT ConnectiCare Inc. HealthyCT UnitedHealthcare Life Ins. Co. What is Medical Insurance? Deductible- specified amount of money that the insured must pay before an insurance company will pay a claim. Premium- The amount the policy-holder or their sponsor pays to the health plan to purchase health coverage. Insurance- a arrangement by which a company or government agency provides a guarantee of compensation for specified loss, damage, illness, or death in return for payment of a premium. Coverage- the extent to which something deals with or applies to something else. Medical Insurance is a way to pay for health care, it helps you avoid paying full price for medical services when you are sick or injured. 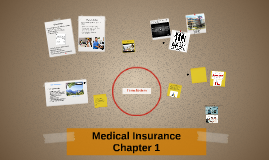 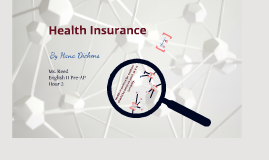 Transcript: Our government swore to promote the general welfare "List of Smoking-related Diseases Expanded." Msnbc.com. The Associated Press, 27 May 2004. Web. 30 Jan. 2013. Government is a contract. Banerjee, Preet. "Smoking a Pack a Day Can Cost You Millions." WhereDoesAllMyMoneyGocom. 7 July 2008. 30 Jan. 2013 <http://wheredoesallmymoneygo.com/smoking-a-pack-a-day-can-cost-you-millions/> Most of these diseases can be largely avoided by not smoking. Smoking has also been directly linked to many diseases, among them the following: S, A. C. "Health Care: You Didn't Pay for It." The Economist. The Economist Newspaper, 5 Oct. 2012. Web. 30 Jan. 2013. Health Insurance Smokers can not afford to pay that expensive of a rate on their medical insurance U.S. Constitution, Preamble. "Medicare." Congressional Budget Office. Congressional Budget Office, 2012. Web. 30 Jan. 2013. <http://www.cbo.gov/topics/retirement/medicare>. By Hana Dickens Male smokers are 23 times more likely to develop lung cancer. Part of our government's job is to protect it's citizens. S, A. C. "Health Care: You Didn't Pay for It." The Economist. The Economist Newspaper, 5 Oct. 2012. Web. 30 Jan. 2013. Smoking increases the smoker's chances of dying at an early age. Some statistics and media publications are a little blown out of proportion, but the facts that come from reputable sources, such as the Clinical Trial Service Unit and Epidemiological Studies Unit (CTSU) and the Centers for disease control (CDC), are to be taken very seriously. We the people have agreed to be governed and to abide by certain rules, but in the turn the government must give us protection, a say in government, and basic rights. If a smoker were to give up one pack a day, they would save 3,600 dollars approximately, more than enough to cover the increased bill. With room for many variables, the average American pays around 1,200 dollars a year to Medicare. The Average American also receives around 11,100 dollars in Medicare checks a year. These checks cover medical expenses as well as part of the cost of living. Since smokers have more health issues than non-smokers, smokers use more Medicare money on average. Wanjek, Christopher. "Smoking's Many Myths Examined." LiveScience.com. N.p., 18 Nov. 2008. Web. 30 Jan. 2013. By decreasing the amount of smokers, less people would get lung cancer. In a study performed by Richard Doll, Richard Peto, Jillian Boreham, and Isabelle Sutherland that spanned over 50 years, "the cigarette smoker versus non-smoker probabilities of dying in middle age were 42% v. 24%" (www.bmj.com) nearly a two to one ratio. Ms. Reed English II Pre-AP Hour 2 The Average American couple feeds 116,000 dollars into the Medicare system. The average American couple gets out around 357,000 by the time they are done getting Medicare checks. "APIS - About Alcohol Policy." APIS - About Alcohol Policy. National Institute on Alcohol Abuse and Alcoholism. 30 Jan. 2013 <http://alcoholpolicy.niaaa.nih.gov/about_alcohol_policy.html>. Doll, Richard, Richard Peto, Jillian Boreham, and Isabelle Sutherland. "Mortality in Relation to Smoking: 50 Years' Observations on Male British Doctors." BMJ. N.p., 24 June 2004. Web. 30 Jan. 2013. <http://www.bmj.com/content/328/7455/1519>. acute myeloid leukemia cancers of the cervix, kidney, pancreas and stomach abdominal aortic aneurysm, cataracts, periodontitis pneumonia cancer of the bladder, esophagus, larynx, lung, mouth, throat chronic lung disease, chronic heart and cardiovascular disease reproductive problems. Refutations Previously, the United states government has restricted all sorts of harmful things in various ways, among them alcohol. Our government already has a record of doing things for the general public safety. Most of the health risks supposedly connected to smoking are exaggerated to scare smokers. Health insurance for smokers should be twice as much as it is currently. Increasing the cost of medical insurance for smokers would discourage smoking. "Duties of the government." Inquirer Opinion. 14 July 2012. Philippine daily Inquirer. 30 Jan. 2013 <http://opinion.inquirer.net/32585/duties-of-the-government>. The general welfare is the average quality of life of the everyday American. One good way to promote, or improve, the average American's quality of life would be to discourage so many people from smoking. Raising the health insurance rates for smokers would help do that. Increased health insurance would make up for increased medicare costs during retirement.