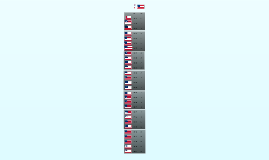 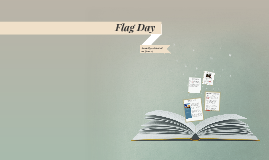 Transcript: Annually celebrated on June 14 Flag Day commemorates the adoption of the United States National Flag. It is not an "official" federal holiday. The week of June 14 in designated "National Flag Week" U.S. citizens are asked to fly the flag outside their homes for the duration of the week. Official Holiday To commemorate is to honor something by remembering and observing it. Honoring something is respecting it greatly. The Father of Flag Day This holiday became so popular that in 1916 our 28th President Woodrow Wilson established June 14 as Flag Day. Several years later even Congress was convinced of the fact that having a Flag Day was important so they passed an act making it a national holiday. In 1937 Pennsylvania became the first state to celebrate this as a state holiday. They now hold parades and gatherings on Flag Day every year. Many other places also celebrate flag day: The oldest parade is held in Fairfield, Washington. It was started in 1910, and they held a centennial celebration in 2010. The largest annual parade however, is held in Troy, New York. It typically draws in 50,000 attendees. Celebration! Flag Day June 14, 1777 A grade school teacher in Wisconsin recognized the first formal flag day celebration in 1885. His name was Bernard J. Cigrand and he is known as the "Father of Flag Day." A few years after this event he traveled around the country promoting patriotism, respect for the flag, and the need for an observance of a flag day. He once noted that he had given of 2, 188 speeches on these topics. He became the president of the American Flag Day Association and the National Flag Day Society. He made such an impact that the Chicago Tribune once stated that he almost singlehandedly established this holiday. 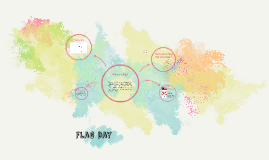 Transcript: Flag Activity Flag Day Some combination of colors are symbolic in flags representing ideals or allegiances. – Red, white and blue represent revolution and freedom or Pan-Slavic countries. – Red, Yellow(gold) and Green are Pan African colors. – Red White and Black and Green are Pan Arab colors. Take a laptop from the technology center Visit: https://andrewsarnold.github.io/FlagMaker-Jr/ Submit it to our class wiki Present to our class It is a piece of cloth or similar material, typically oblong or square, attachable by one edge to a pole or rope and used as the symbol or emblem of a country or institution or as a decoration during public festivities. What is a flag? Break into your group's Create a Country, State, Club, Activity or an event flag Explain why you chose the colors and design Understanding a flag Flag Anatomy Country flag State flag Club/ Activity/event flag Different Flags Flag anatomy Name same flags that you know ? 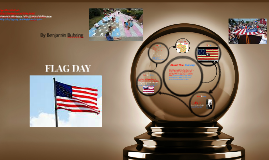 Transcript: I got this info from http://geology.com/state-map/wisconsin.shtml.com, http://www.childfun.com, http://usflag.org ,and watch mojo.com. Bernard Cigrand, a school teacher in 1886, is popularily credited with promoting a national celebration of the flag. He later became a dentist, and continued his efforts to rally national attention to the flag. Flag Day originated in Ozaukee County, Waubeka Wisconsin. By Benjamin Buhring US citizens celebrate flag day on June 14. It celebrates the adoption of the US flag. Which happened that day in 1777. President Truman signed flag day into law in 1949. That is a few years after war world 2 ended. song About The Holiday More History FLAG DAY Map <------ Waubeka Wisconsin Food And Games Flag Frenzy USA,Flagger Toss,and Wild Sports Stars and Stripes Cornhole Bean Bags are some games. Apple pie, strawberries,and blueberries are some of many foods enjoyed on flag day. Our flag is red, white, and blue, red, white,and blue, red white,and blue, our flag is red, white, and blue in the U.S.A. Our flag has 50 stars, 50 stars,50 stars. our flag has 50 stars, in the U.S.A. Our flag has 13 stripes 13 stripes,13 stripes, our flag has 13 stripes in the U.S.A. History 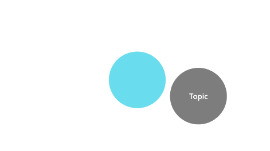 Transcript: JULY 20th FLAG DAY MANUEL BELGRANO Manuel Belgrano On frebruary 27, 1812 general Manuel Belgrano in the Rosario ravines, on the banks of the Parana river, raised the Argentine flag for the first time. Maria Catalina Echeverria this was the woman who made the first national flag. thats how it looked. first flag current flag current flag it is most beautiful flag in the world Topic 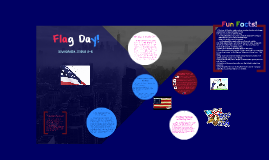 Transcript: "One flag, one land, one heart, one hand, one nation evermore." -Oliver Wendell Holmes By:Amanda Zhong 5-G What Does The Design on The Flag Mean? Who Sewed The First Flag? Changing The Flag "Our flag is not just one of many political points of view. Rather, the flag is a symbol of our national unity." -Adrian Cronauer The first flag of the U.S.A looked like this. Each stripe and star stood for the 13 colonies. This flag was unofficial though. Congress realized that adding one star and stripe for EVERY state would be impossible so they passed the Flag Act of 1818 which made the Flag design to 13 stripes for the 13 colonies and 20 stars for the 20 states at that time. "Sure I wave the American flag. Do you know a better flag to wave?Sure I love my country with all her faults. I'm not ashamed of that, never have been, never will be." -John Wayne Fun Facts! Famous Quotes About The Flag Why Do We Celebrate Flag Day? Flag Day! In 1795, Vermont and Kentucky joined the Union, so that's 15 states but only 13 stars and 13 stripes on the flag. Congress debated over it if they should keep the first official flag or if the number of stars and stripes should be changed to be how many states there were. They decided that they would change the number of stars and stripes to 15. Betsy Ross sewed the first flag of America. Sometime late in May 1776, George Washington, Robert Morris, and George Ross came to Betsy's house and asked her if she would sew the flag. But first, they tested Betsy to see if she was good enough. Betsy showed them that she could cut a 5-pointed star in one snip which left them in awe. Betsy finished the flag in June, 1776. Flag Day is Founded! 1.) The idea of Flag Day might be from a school teacher who began celebrating the flag's birthday in 1885. 2.)There are some rules with the flag: The flag should be flying from sunrise to sunset. If the flag is displayed at night it should be destroyed. Never let the flag reach the ground. The flag should be raised quickly and lowered quickly. 3.)In 1909, Robert Peary put a flag at the North Pole. He also left shreds of another flag along the way. It is the only time when someone is honored for cutting a flag. 4.)There are 5 standing American flags on the moon. 5.)The military folds the flag with 13 folds, each fold has a meaning. 6.)Two other names for the flag are,"Stars and Stripes" and "Old Glory." 7.)Flag Day is observed nationwide except for Pennsylvania that celebrates Flag Day as a real holiday. 8.)The American flag was changed 27 times before getting the real and final one. 9.)Flag Day is the same day as the day the United States Army was born. 10.)The 50 white stars on the flag that the U.S.A uses now were originally created by a high school student. The flag she made had red and white stripes and 13 white stars on a blue background representing the 13 colonies and the circle to represent the equality of the colonies. The red represents braveness, white is for innocence, and blue for caution, perseverance, and justice. This might be incorrect, but Congress guessed this when the same colors and patterns were used to make the Great Seal of the United States. Flag Day is celebrated on June 14 in the United States. We celebrate it in honor of the rise of the United States flag. This happened in 1777 and President Woodrow Wilson made that decision. But, it wasn't until August 3rd, 1949, when President Truman signed an Act of Congress making June 14th Flag Day. Congress kept on adding more and more stars until in 1960, Hawaii joined the Union and made 50 stars in total and 13 stripes for 13 colonies. This is the permanent flag that we use now. This is what the flag looked like in June, 1777. It's still 13 stars and stripes but in a different pattern. This was the first official flag of the United States. The main reason that we celebrate Flag Day is because it was the day when the American flag was established and born. Flag day is also known as the "flag's Birthday." Many Americans celebrate Flag Day by putting red, white and blue decorations in front of their houses or businesses. Most people also sing, pledge, and pay respect to the flag. Saluting the flag is a way to celebrate and honor the United States of America. This day also marks the day that the U.S.A declared it's independence and unity. 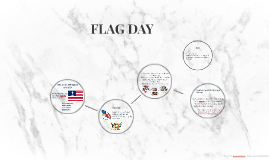 Transcript: 14th of June is celebrated in USA one of the most important holidays - Flag day since 1949 They wear clothes with the Amercan Flag print THE STAR SPANGLED BANNER -they musn't cut the flag or crush it Americans particularly respect the flag: On the flag there are: -13 stripes (colonie) -50 stars (states) Colors meaning: white-purity red- courage blue-justice 1.When is Flag Day? 2. How many stars are on American Flag? 3.How many years Americans celebrate Flag Day? For Americans symbols are very important especially flag. For they it symbolize independent, freedom the and end of british governments on american area. So they rally proudly celebrate this holiday Quiz Flag Day The public destruction of the national flag is considered as an act of social disobedience and it's punished -store complex in special triangular shape FLAG DAY Put flags on houses and take it Organize parades Image by goodtextures: http://fav.me/d2he3r8 -it isn't allow to hang it upside down and pull it along ground