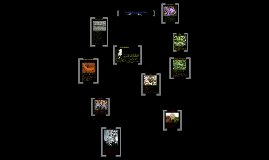 Transcript: Botanical Scavengar Hunt Seed Producing Plant Another name for a pine cone is cone-bearing The afican violet here is a dicot because it has 4 flower petals. The plant that is growing berries is a vascular plant. Another way you can tell that it's a dicot is that if you cut the stem it has rings or circles in it. The plant above is called dandelion. A banana seeds can be spreaded by animals because the animals eat the banana and so forth. On these vines they grow leaves on them that have a green shaped pine cone but it's not a pine cone. The plant above is called a Fern. Since Dandlions are weeds they grow quick and they spread fast. The Plant above is called moss. Nonvascular Plant Seed Dispersal by animals The plant can be found in the tropical forest and in the woods. The pine cone comes from the pine tree. The pine tree can be found in the woods. Some berries have poison and some don't. This plant is called African violet. Some examples of berries are rasberries, buleberries, etc You can grow a Avacoda Tree is when you get a seed and a small glass with water half way put the seed in and wait to see growth then put it in soil to let it grow. 60% of each time you do it, it will reproduce avacodos By: Jason Hale One example of a nonvascular plant is a moss. Nonvascular plants move water and food from cell to cell Vine This plant above is called Afican voilet Dicot plant The red circles are called berries. This is a seed producing plant because when the Avacoda plant produces the avacoda it has a big seed in the middle of avacoda. Examples of seed producing plants are Dandlions, fruits, etc Most seeds that are dispersal by animals are fruit. You can tell that the moss is a nonvascular plant because its very tall and it doesn't have a well-developed system. The berreies spread their seeds by anmials. The fruit show above is called a banana. You can tell that this is a African violet because of the flower peltals. Pine Cone A Fern The plant above is called a Pine Cone. The reason why nonvascular plants can't grow very tall is because is doesn't have a well-developed system The pine cone above is another way that seeds are reproduced. The fern is very much like a nonvascular plant the only difference is that the fern is a vascular plant The Dandelion spreads it's seeds by wind or water. The plant above is called a Avacodo Tree. Vascular Monocot The banana comes from the banana tree. The banana tree can be founded in the tropical areas in the world. A fern is vascular plant but it reproduces by spores. The avacodo tree produces it's seeds in fruit and the fruit is called a avacodo. The plant above has many vines on it. Most nonvascular plants live in damp, wet places The vines on the plant are vascular. Berries Seed Dispersal by wind or water Another way you tell that this is a vascular monocot is that if you cut the stem you can see the vascular tissue is scattered. You can find dandelions in grassy areas such as your backyard, and fields 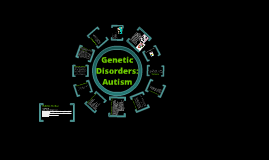 Transcript: Percentages of People with Autism No one really knows how Autism is formed,however Scientists do believe that it is a genetic disorder because the Autistic person's brain is basically "wired" differently. Meaning that some parts of the brain that are used for certain things such as speech are actually used for something else like movement. Also scientists believe that Autism is a genetic disorder because the brain develops to be that way. Autism is formed in the brain while the child is still inside of their mother. Some kids who have Autism do not look like they would because Autism is inside of the brain, not on the outside of your body. The Autism Spectrum is a range of conditions that are classified as symptoms of Autism and other developmental disorders such as Asperger syndrome and severe Dyslexia. www.google.com Vocabulary http://www.google.com/url?url=http://wordnetweb.princeton.edu/perl/webwn%3Fs%3Dautism&rct=j&sa=X&ei=Ws--T56PN4Oq2QX8sbC7Cg&ved=0CDUQngkwAQ&q=autism&usg=AFQjCNHrAEqWePQGDo2nGoEoYxb0a8rlNA&cad=rja How Autism Affects The Brain Autism affects different parts of the brain. It affects the development of the Cerebellum causing issues with communication, memory, problem solving, and ability to focus. However Autism doesn't typically affect a person's intelligence. ASD: Autism Spectrum Disorder The percentage of people with autism is about 1-2 people per 1,000 people worldwide, Centers for Disease Control and Preevention (CDC) report 11 per 1,000 children in the US are diagnosed with ASD as of 2008. The amount of people diagnosed with autism has increased dramatically since the 1980s. wordnetweb.princeton.edu/perl/webwn The Autism Spectrum Autism affects information processing in the brain by altering how the nerve cells and their synapses connect and organize, how this occurs is not understood. Autism is a developed disability that normally appears during the first 3 years of life and effects the normal functioning of the brain, impacting social interaction and communication skills. Both children and adults with autism show difficulties in verbal and non-verbal communication, social interactions. http://www.mentalhelp.net/poc/view_doc.php?type=doc&id=8768&cn=20 A genetic disease; a disease or disorder that is inherited genetically Conclusion Websites We Used Definition of Genetic Disorders ASD: Autism Spectrum Disorder Genetic Disorders: Autism How Autism is Formed? Synapses: a junction between two nerce cells, consisting of a minute gap across which impulses pass by diffusion of a neurotransmitter This is the Symbol of Autism Some people with Autism that have Special Abilities are called Savants. Savants normally show amazing skills within one or more general ability such as Math, Art, Music, and Mechanical abilities are most common. Definition of Autism Display Amazing Abilities Finding the cause of Autism is one of the most challenging things for Scientists because the definition of autism is one of the most broadest spectrum of all. Autism is Formed inside of your brain and there is no reasonable explanation for how or why Autism is formed. Even when someone has Autism, it does not affect their personality or their intellegance. No big smiles or joyful expressions by 6 months No facial expressions by nine months No babbling No hand gestures Loss of speech and no social skills Doesn't make eye contact Doesn't respond extreme interest in only certain activities Synapses: a junction between two nerce cells, consisting of a minute gap across which impulses pass by diffusion of a neurotransmitter Autism affects the Memory, Language and Intellegance parts of your brain. Below are some pictures to help you see how your brain would look if you had autism and without autiwm Early "Symptoms" of Autism 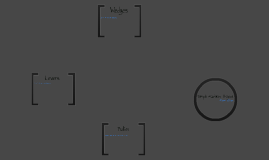 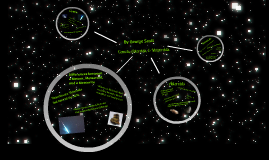 Transcript: Comets, Asteroids, & Meteoroids Originate from the Kuiper Belt and Oort Cloud Made up of Ice and Dust Orbits around the sun in a long ellipse Orbits like an Asteroid if it comes from an Asteroid- Orbits like a Comet if it comes from a Comet Mostly revolve around the sun between Mars and Jupiter 3 parts: Nucleus, tail, coma Meteoroids By George Scott Meteorites are Meteoroids that have hit the Earth Sometimes hit Earth Can come from comets or Asteroids Comets Called Meteors when they have a tail Mostly made up of rock and Dust Differences between a Meteor, Meteoroid, and a Meteorite Meteors are Meteoroids that are falling through a planets atmosphere and develop a tail Meteoroids are commonly called "Shooting Stars" When moving through a planets atmosphere an Asteroid develops a tail caused by friction and heat Meteoroids are chunks of Rock and Dust in space that have not fallen yet Orbits in a long, narrow, ellipse around the sun Sometimes burned up in Earths atmosphere Have a tail created by gasses if near the sun- Sublimation of Ice If they hit Earth, called Meteorite Asteroids Made of rock or dust 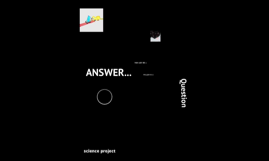 Transcript: science project by mackynzie marsh Question WHY DO CATS CHASE MICE?? ANSWER... THEY JUST DO :) THE END!!! they just do :) 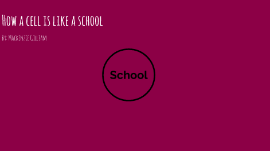 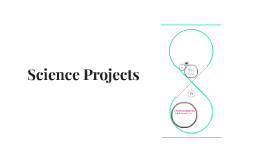 Transcript: 3. Add the sugar and swirl it around some more. Like people, yeast needs energy (food) to be active, so we will give it sugar. Now the yeast is “eating!” 4. Blow up the balloon a few times to stretch it out then place the neck of the balloon over the neck of the bottle. 5. Let the bottle sit in a warm place for about 20 minutes If all goes well the balloon will begin to inflate! Step 3-5 Science Projects 1. Fill the bottle up with about one inch of warm water. ( When yeast is cold or dry the micro organisms are resting.) 2. Add all of the yeast packet and gently swirl the bottle a few seconds. (As the yeast dissolves, it becomes active – it comes to life! Don’t bother looking for movement, yeast is a microscopic fungus organism.) I HOPE YOU ENJOYED YOUR PROJECT!!!! A packet of yeast A small, clean, clear, plastic soda bottle 1 teaspoon of sugar Some warm water A small balloon Blow up a balloon with yeast http://sciencebob.com/blow-up-a-balloon-with-yeast/ Materials Step 1-2 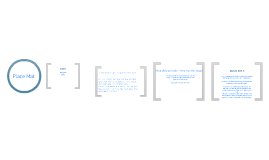 Transcript: 1st: we got paper and folded it hotdog style and then hamburger style. We did this to 15 other papers. 2nd Step: we took the folded paper and stapled them together to make rectangular shape. 3rd Step: We cut out the top and the bottom of a aluminum can. The only thing left should be the middle of the can. We did this to 15 other cans as well 4Th step: we took the middle of the can that is left and hot glued it on the rectangular shaped made of paper. We did this step on both sides of the paper. Miguel Andrade And Cole Keen Place Mat what did you make - who was the target Students we created a table mat out of aluminum cans and papers. Its great for at the dinner table for your plates and silverware on. Our targets were our classmates. 1. aluminum cans - We recycle cans we can save energy, raw material and waste. Aluminum cans don't decompose until 50 to 60 years. 2. Paper - If we waste paper we will need to make more. And result in cutting more trees down. Paper decomposes in 10 years how we built it Things that were used in project and why used?