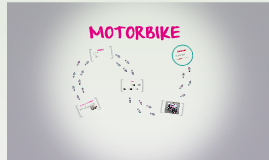 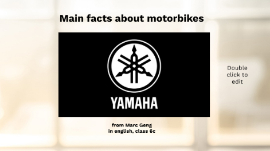 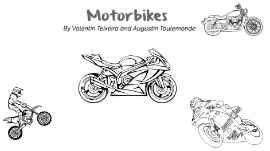 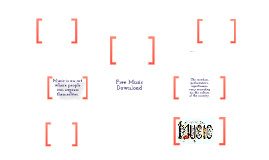 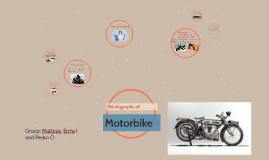 Transcript: The motorbike began to used in the World War II, because the Soldier began to used for attack the enemy How many motorbike had in USA of 1945 at 1998 The Biography of: Motorbikes in 2000 at 2016 He was born in the year 1823 was a inventor and American designer, Roper built a lot of vehicles with two, three and four wheels. But the best vehicle he created was the MOTORBIKE. Roper dead in 1896, by a accident of Motorbike with 73 years. Motorbike The first motorbike was created on U.S.A in the year 1868 by Sylvester Howard Roper. In 2000 the motorbikes have not changed but in 2010 the bikes began to be made for racing, then Honda has created a bike that was to race but also can walk on the roads then the other motor bike manufacturers began to do the same type by motorbike. That's why this year we have many motorbikes. How was Sylvester Howard Roper ? The first motorbike Group: Matteus, Enzo I and Pedro O In 1945 had 198,000 motorbike but in 1998 had 4,809,000 million motorbike and the difference it's from 4,611,000 million motorbikes in the U.S.A When the motorbike began to be used ? The first motorbike with gasoline. Thanks for listening World's first gasoline-driven motorbike, was created by Daimler Reitwagen on 1885 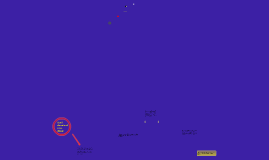 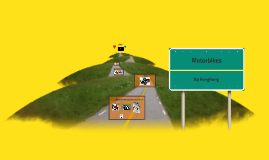 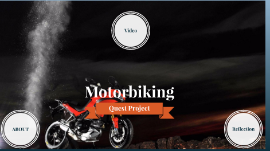 Transcript: Quest Project 2017 Motorbiking ABOUT Riding/starting your motorbike And what to look for when buying a motorbike Starting a motorbike 1.Put the key in the motorbike. 2.Turn the gas on. 3.Turn the choke on. 4.Press the eletric start button. (and your bike should start) 5.Now warm your motorbike by revving it a couple of times. 6.Once warmed up your going to pull your clutch in. 7.Put it in to gear one, while holding the cluch in. 8.still dont let go of the clutch, and give the bike some revvs. 9.slowly let the clutch out while giving it the bike small revvs. 10.once you let the clutch completly you need to accelerate out. 11.now you should be riding in gear one. (note, once your bike has warmed up dont forget to turn you choke off) Starting a motorbike -When riding you already should be in gear one. -Slow down a little bit -pull the clutch in -put your gear up one *now you should be at gear two* How to put your gear back down -do everythink I just told you to do when puting your gear up -but insted of puting your gear up put it down indeed *if I dident tell you before you cant start a motorbike up if its not in neutral* How to change gears while riding. What to look for when buying a bike What to look for when buying a motorbike -Check the condition of the drive chain. -Make sure tires have good tread. -sit on the bike so you know it's your size. -Cheeck the oil. -Open the fuel tank, check for obvious signs of rust -cheeck out the brake fluid level. -Request a service history. Video Video Here below is our walk through video on starting a motorbike Reflection Reflection -We enjoy motorbikeing -We want more people to motorbike -We want to teach people how to ride -We both think motorbikes are cool -We already new a bit about motorbikes -We wanted to ride a motorbike -We wanted to make a cool motorbike video Why did we chose motorbikeing Why did we chose motorbikeing -More motorbike parts -How to ride better -What motorbike brands are the best -Front breaks are on right hand side -How to cheeck the oil -Dont ride and change gears -More about CC -How to make a prezi What did we learn? What did we learn? -Teamwork -Know lots about motorbikes -Owning our own motorbikes -Not geting off task -Recording our voices over video -useing the drama room -Completing our quest -Useing prezi what worked well what worked well What we would do diffrent next time What we would do diffrent next time -Not delete our video -Use diffrent sound recorder -use better effects -Make the video our self