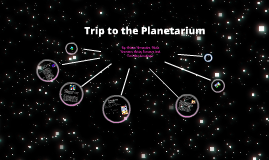 Transcript: By: Ariana Hernandez, Olivia Neumann, Ashley Konanez, and Toni-Ann Schuttinger Lesson Plan: Out And About At The Planetarium by: Alberti, Theresa Jarosz Lesson: For this book i chose to do a science lesson about constellations. For the lesson the teacher could first go over some well known constellations. Then the kids could make their own constellations using the first letter of their name.They would first draw their letter with dots and then glue stars down on the dots connecting the letter. Fluffy's Funny Field Trip By: Joanna Cole Lesson Plan: For this book I chose to do a math lesson about the planets. The children will cutout different planets and glue them on construction paper. Then they can count how many planets there are in the solar system and how many suns and moons. They can also practice writing the numbers. The Magic School Bus: Lost in the Solar System Pre Book: Post Book: Fluffy's Funny Field Trip by Kate McMullen is about a guinea pig who visits the planetareum with his class. He learns about the stars and constellations. The children will have the book read to them and after they will do a fill in the vowels- space worksheet. they will have to look at each space theme picture and fill in the missing vowels for the space themed word.This will help the children learn vowels and sounding out the words. PLanetarium Pre-Book: Hedgie Blasts Off! by Jan Brett is a story about a hedgehog that goes to space and what he finds on the planet Mikkop. Lesson: A lesson in art could be done with this book. Before the book is read, the children can tell the teacher what they think Hedgie will find in space and write everyones ideas down. After they read the book, they can all make a rocket ship and put their picture "inside" the rocket. Trip to the Planetarium This book gives a guided tour of star city planetarium.It will help the children understand what a planetarium is before they take a trip there. It explains to the children what equpment is used in a planetarium show and some of the different objects in the sky. The children will discover facts about the sun, the moon, the stars and planets. On the last page of the book it gives some fun facts that the children will be interested in learning. Post Book: Ms. Frizzles class is learning about the solar system. The students are going on a field trip to the planetarium. When they get to the planetarium, it is closed for repairs. They decide to take the magic school bus on a trip to the solar system. In space, the students visit the moon, the sun, and all nine planets. 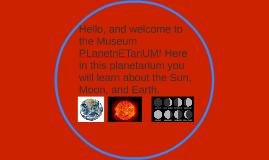 Transcript: Hello, and welcome to the Museum PLanetnETariUM! Here in this planetarium you will learn about the Sun, Moon, and Earth. 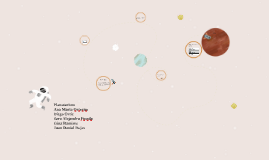 Transcript: It is a car-sized robotic rover exploring Gale Crater on Mars as part of NASA's Mars Science Laboratory mission (MSL). Teach to the primary students basic astronomy knowledge, it's going to be a didactic way in which students can interact with the robot Planetarium Ana Maria Ortegón Diego Ortiz Sara Alejandra Pineda Gina Ramirez Juan Daniel Rojas Price Planetarium Model Astronomy Materials car-sized robotic The astronomy is a discipline of the science that studies the out space phenomena. Curiosity Our Project Materials 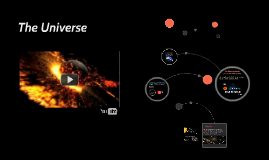 Transcript: A planetarium (plural planetaria or planetariums) is a theatre built primarily for presenting educational and entertaining shows about astronomy and the night sky, or for training in celestial navigation. The different planets: (of our the solar system) Mercury,Venus,Earth,Mars,Jupiter,Saturn,Uranus, Venus, Neptune, Pluto. Cariclo is the first asteroid in the solar system with rings around it, according to the observations made by different observatories in South America. Images of Solar System -Comets: Some interesting things that happen in The Solar System: A comet is an icy small Solar System body that, when passing close to the Sun, heats up and begins to outgas, displaying a visible atmosphere or coma, and sometimes also a tail. What's a comet? -Cariclo: The Universe What is a Planetarium? 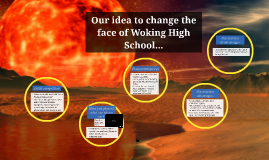 Transcript: Planetarium disadvantages: Planetarium prices With £5,000 we can achieve this if we work together: Clue: the theme and video. imagine we have £5,000 to spend - we can bring Space to life; literally with a plantetarium! £5000 competition What we would use £5000 for in Woking High school? Our ideas: foreign sports, new astro turf, new musical equipmen, more expensive school trips, an inflatable planetarium and many more! For a GO-dome standard version: roughly £5,000.00 , can negociate deals including projectors which is very good value, for other domes it is much more expensive - you are looking at £5,000+ to a maximum of £50,000! It would help our students to understand Space, you can easily bring in primary and secondary schools to visit this exciting attraction for resonable costs, It is really intersting and can make Space a more intriguing topic! Planetarium advantages: Our idea to change the face of Woking High School... Have you guessed what our idea is yet?! It can be very expensive to buy but if we can get the £5,000 grant, that won't be a problem! Coming back to Earth with a bang... 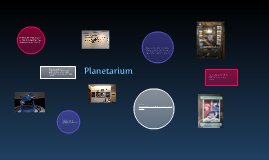 Transcript: Has been around for almost 25 years and is one of only a few planetariums in the state. It is an inexpensive and effective way to teach elementary age students about space. It is a new environment to explore that differs from the typical classroom. There are many shows and presentations available for various grade levels. Shows are also available for the public or people who want a unique experience. The Planetarium puts a lot of effort into making sure it is meeting the needs of the students and curriculum. The feedback of students and teachers is usually positive. website http://www2.parkland.edu/planetarium/index.html Planetarium Picture 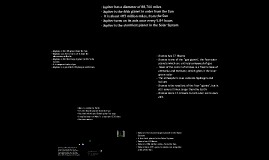 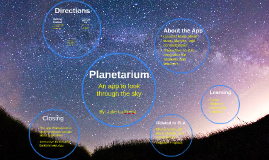