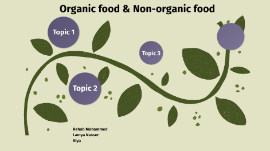 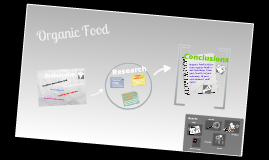 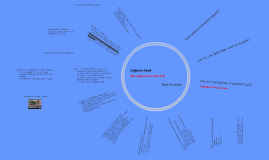 Transcript: What makes a product organic? How do you determine what is organic? Why am I skeptical of organic food? What some people think organic foods claim to be: Chemical free Healthier nutritionally Healthier reducing illness risk Are organic products chemical free? Definition of "organic" According to the USDA, organic is food which complies with the National Organic Program http://ecfr.gpoaccess.gov/cgi/t/text/text-idx?c=ecfr;sid=d0fbb06e9fa7fcbb375e40c989024dd3;rgn=div5;view=text;node=7%3A3.1.1.9.32;idno=7;cc=ecfr What is allowed, what isn't? Giving new meaning to "there's an exception to every rule" Synthetic and nonsythetic substances What if a product isn't USDA certified organic? The Act prohibits the use of the word "organic" in labeling of foods that are not certified Food without the label still may be organic Can we really find anything chemical free? Demand for crops and livestock is high How can we add security to our food supply? How can we get the maximum yield? How can the product make it to stores in the most marketable condition? Are organic allowed substances safe? Is organic food healthier nutritionally? Right now, there is a lack of strong evidence since organic has only become widely known and popularized recently Trends point to some nutrient, vitamin, and antioxidant increase Is organic food reducing illness risk? Evidence has shown reduced rates of cancer and other ailments due to organic consumption verses conventional food If this is true, is conventional food carcinogenic and an overall health risk to consume? Conclusions about organic: Substances used are closely monitored and evaluated May have increase nutritional benefit May reduce risk of certain illnesses If you are going organic, here's some food for thought: Why are you choosing organic food? Is it worth the cost? Is there real benefit? How can you benefit the most from this lifestyle change? Other words I am now skeptical about: Natural Grass-fed Cage-free Hormone-free Keep in mind that words are used for MARKETING- you're the consumer and you have a choice Dana Brennan Inspiration from the track team Foods not in the United States? Organic Food Is it really what we think it is? 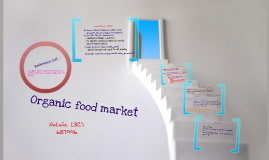 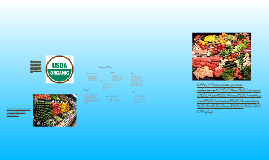 Transcript: Organic Food http://ecoki.com/organic-food-not-healthier/ History "organic farming" was fist introduced by Lord Northbourrie. He started organic farming in his small town on his farm, and now people are eatting it all around the world. What is organic food? Organic farming means that food has been grown and transported without chemical pesticides, herbicides, fertilizers, or other additives, on land that conforms to the standards of an organic certification board. http://www.bing.com/images/search?q=organic+food+&view=detail&id=951A6FEA95712A808886C25583F6ED13C3F8DF72&first=211&FORM=IDFRIR&adlt=strict Problems -it is expensive to produce, which makes it expensive to purchase -not always safe to eat -finding animals to produce organic food Why? -people eat organic food because it is suppossed to be healthier for you, because it does not have any of the pesticides, herbicides, fertilizers, or other additives. Who does it affect? -farmers -people who eat organic food -stores that sell organic food -animals Pros -no chemicals -you can grow your own -makes crop soil stronger -no pesticedes which can be better for your body -organic food provides 50% more nutrients, minerals and vitamins than produce that has been intensively farmed. -suppossed to be more healthy -all organic food is approved by USDA Cons -cost's more - lack of artificial perservatives especially in fruits and vegtables -might not always be safe to eat -sometimes it's not even more healthly http://express-press-release.net/45/New%20organic%20fast%20food%20restaurant%20concept%20launching%20by%20April%201,%202008.php 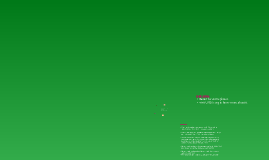 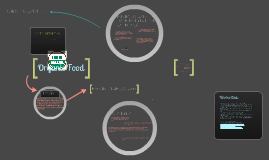 Transcript: Thesis: 50% more antioxidants, vitamins, and minerals Quality Low Input Food Project “Eating organic food was equivalent to eating an extra portion of fruit and vegetables a day” “Buying healthy food for the sake of the children” Significantly lower levels of pesticide exposure in children who ate organic food Organic meats Humane treatment Is Eating Organic Worth the Extra Effort and Money? 1. Before the discovery, awareness, and marketing of organic food, people have lived long and healthy lives without ever consuming organic or free range foods 2. New research found that organic foods do not seem to have more vitamins and other nutrients than inorganic foods 3. Phosphorus levels 4. The studies ultimately determined that there is no strong indication that those who eat organic are any healthier than those who do not. 5. Melissa Dobbins, a spokesperson for the Academy of Nutrition and Dietetics stated that “the process of organic farming is different than conventional farming, but that doesn’t mean the food is bad or unsafe” Critics of Organic Food: Overly Hyped Contamination in soil Convenience: Availability Production lower than demand Conventional diet and limiting intake of unhealthy foods Time “going fully organic can break the budget” The market for organic food is growing at an average rate of 20% every year. Today, two million organic farmers grow their crops on approximately 88 million acres $26.7 billion The U.S. Department of Agriculture has estimated that eating an organic diet can cost anywhere from 10% to 30% more than a conventional diet Outweighs having smaller quantities of better quality food PETA: Grimy slaughterhouses Much of the obsession with organic foods comes from the fact that they contain less chemicals and hormones. However, organic foods still contain the same amount of saturated fat and cholesterol, which is what has the biggest impact on one’s health. Much of the support for eating organic is due to the fact that the lack of chemicals or pesticides is seen as a healthier option and better for one’s body. The fact that organic foods lack much of these elements is true, but saying that eating these foods is more productive and leads to better health and life in the long run has not been irrefutably proven. Being fully dedicated to maintaining a completely organic diet causes more problems than positives. It creates difficult situations where one may be forced into an ultimatum if organic options are not available. It also is much more costly than eating a regular diet. There are many ways to still maintain a healthy diet for a strong lifestyle without having to resort to eating purely organic, and this can be done while saving money and effort. “Advantages of Organic Food.” The Best of Raw Food. N.p. N.d. Web. 3 Oct. 2012. Dena M. Bravata, et al. "Are Organic Foods Safer Or Healthier Than Conventional Alternatives?." Annals Of Internal Medicine 157.5 (2012): 348-366. Academic Search Complete. Web. 2 Dec. 2012. Elliot, Sara. “How Much More Does Organic Food Cost and Why?” TLC. Discovery Communications, LLC. N.d. Web. 6 Oct. 2012. Goodman, Brenda. “Organic Foods Not Necessarily Better.” WebMD Health News. WebMD, LLC. 4 Sept. 2012. Web. 6 Oct. 2012. Makofsky, Nina. “Disadvantages of Organic Food.” Modern Mom. Mom, Inc. 11 Oct. 2009. Web. 3 Oct. 2012. “The Organic and Free-Range Myth.” PETA. PETA. N.d. Web. 2 Oct. 2012. “Organic Foods- the Downside.” Medindia. N.p. N.d. Web. 2 Dec 2012. Paddock, Catharine. “Organic Food Is More Nutritious Say EU Researchers.”Medical News Today. 29 Oct. 2007. Web. 6 Oct. 2012. Pino, Giovanni, Alessandro M. Peluso, and Gianluigi Guido. "Determinants Of Regular And Occasional Consumers' Intentions To Buy Organic Food." Journal Of Consumer Affairs 46.1 (2012): 157-169. Academic Search Complete. Web. 2 Dec. 2012. Bary, Daniel. New York Times. Web. 11 Dec. 2012 DeJohn, Suzanne. American Gardening Association. Web. 11 Dec. 2012 http://www.foodsafety.wisc.edu/hottopics/should_i_choose_organic_foods.html http://www.opensecrets.org/politicians/inthenews.php?cycle=2012&cid=&type=I http://www.organicmeat.com.au/abt_quality.htm http://www.sciencedaily.com/releases/2005/01/050106113906.htm http://whycareatall.blogspot.com/2010/09/phosphorus-is-element-15.html Organic Food Conclusion: Although organic foods can be seen as superior and healthier for the body due to the lack of chemicals and hormones, eating organic comes at a higher expense and causes greater inconvenience and difficulty than eating an inorganic diet, and does not necessarily result in better health. Costs: Works Cited: Benefits of Eating Organic: