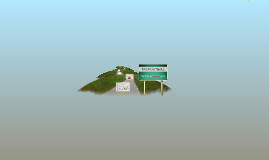 Transcript: The football is a sport that has its origins in the rugby. American students that went to English colleges learned rugby and then, when they went back to United States (in the end of XIX century) they tried to bring rugby with them, but they did not had a manual with the rules, they just knew the sport’s objective so they created the American rugby. Over the years some rules were changed/created and with this a new sport was created: football. The Super Bowl is played since 1967 and is the biggest sport event and has the biggest television audience in US. It is watched annually by millions of people around the world and is an event that presents the most expensive television advertising, sponsors pay around 10 million Dollars for 30 seconds on air. The Super Bowl is the second day that food are most consumed in America, only behind the Thanksgiving. The city where the Super Bowl will be played is chosen previously by the NFL independently if the city team will play or not. The Super Bowl champion wins the Vince Lombardi Trophy and each member of the team receives a personalized ring. OBJECTIVE On offense, points are scored by advancing the ball into the opponent's end zone for a touchdown (worth six points), or by kicking the ball from the playing field through the raised vertical posts (the goal posts) in the back of that end zone for a field goal (worth three points). After scoring a touchdown, the offense is given one additional play from the 2-yard line to attempt to score (in the NFL, 15-yard line on 1-point conversions). These attempts are termed point after touchdown (PAT) and are used to score 1 or 2 points as follows: Presented by: Saul Denofre de Campos RULES OBJECTIVE HARVARD'S FIRST FOOTBALL TEAM: The objective of football is to score more points than the other team during the allotted time. The team with the ball (the offense) has 4 tries (downs) to advance at least 10 yards, and can score points once they reach or near the opposite end of the field, called the end zone. If the offense succeeds in advancing at least 10 yards, they earn a "first down" and the number of tries allotted is reset and they are again given 4 tries to advance an additional 10 yards, starting from the spot to which they last advanced. If the offense does not advance at least 10 yards during their 4 downs, the team without the ball (the defense) regains control of the ball (called turnover on downs). Game play in football consists of a series of downs, individual plays of short duration, outside of which the ball is dead or not in play. These can be plays from scrimmage (passes, runs, punts, or field goal attempts) or free kicks such as kickoffs. Substitutions can be made between downs, which allows for a great deal of specialization as coaches choose the players best suited for each particular situation. During a play, each team should have no more than 11 players on the field, and each of them has specific tasks assigned for that specific play. • The offense may attempt a field goal kick which is worth 1 point. • The offense may attempt to re-advance the ball into the opponent's end zone for a two-point conversion worth 2 points. While the opposing team has possession, the defense attempts to prevent the offense from advancing the ball and scoring. If an offensive player loses the ball during play (a fumble) or the ball is caught by a defensive player while still in the air (an interception), the defense may attempt to run into the offense's end zone for a touchdown. The defense may also score points by tackling the ball carrier in the offense's own end zone, called a safety (which is worth two points). NFL/FOOTBALL THE END FOOTBALL OBJECTIVE THE SUPER BOWL 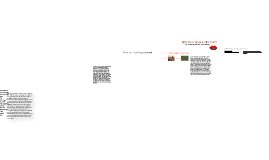 Transcript: NFL FOOTBALL HISTORY This is how football was then and now. In the mid-1800s, a game similar to soccer began to become popular in the eastern United States. Players tried to kick a round ball across an opponent’s goal line. Throwing the ball or running with it was not allowed. A team might have as many as several dozen players. Schools began to organize teams and adopt uniform rules. In 1869 the first college game was played between two bitter rivals, Rutgers University and the College of New Jersey (now called Princeton University). Rutgers triumphed 6-4. The series of games was canceled after the next contest, because administrators feared the games were taking too much time away from players’ studies. with the help of information from: http://www.free-extras.com/tags/1/football.htm http://www.electro-mech.com/team-sports/football/who-invented-american-football/ This is how football got invented. Harvard University organized a football team in 1873, but it had trouble finding an opponent. In 1874 Harvard invited McGill University of Montreal to send a team to Massachusetts for a game in May. As the teams warmed up before the game, they realized that they were not practicing the same game. The McGill players were running with the ball, because for them, “football” was a form of rugby. The teams agree to play one game of each of their two types of football. The Harvard team ended up liking the rugby version better. Harvard took its revised game to Yale the next year, and the popularity of the new form of football began to spread From This By: Harry Sewell and Kyle Murphy and American football reached a crisis around the year 1900 due to increasingly severe injuries. Strategists had come up with plays such as the flying wedge in which a swarm of blockers traveled around the ball carrier and ran over potential tacklers. In 1905 President Theodore Roosevelt urged that the rules be modified to make the game safer, and the following year a group of coaches obliged. These innovations included the legalization of the forward pass. Some of the great strategists of the game emerged around this time. They included Amos Alonzo Stagg, Fielding Yost, Pop Warner, and John Heisman. Some of their plays and formations are still used today, such as Warner’s reverse and screen pass. The Harvard-Yale football rivalry produced a key figure in the history of American football, Walter Camp. Camp played for Yale from 1876 to 1882. By 1880, some of the modern features of football had begun to be systematized, such as downs, yards to go, blocking, tackling (below the waist), and points for a touchdown. Camp made coaching football his vocation and continued the expansion of the rulebook to create the center snap and a system of scoring beyond touchdowns: safeties, field goals, and conversions. The popularity of football spread from colleges to high schools. To This 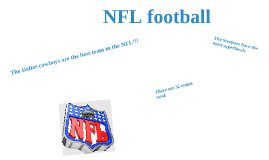 Transcript: NFL football There are 32 teams total The Dallas cowboys are the best team in the NFL!!! The Steeleers have the most superbowls 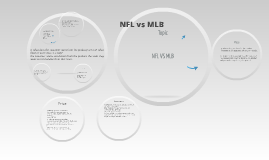 Transcript: 13) How does the price compare with the competition? Cheaper so the buyers will buy it. 7) Where do buyers look for the product. souvenirs at the stadiums and on commercials. 4) what does it look like ? The graphics are really smooth and vibrant. Plus, it looks realistic. 11) Is the customer price sensitive? It would matter on if the price went down or up. Topic NFL VS MLB 2. what features does it have to meet these needs or wants? accurate rankings extensive playbook good looking graphics extra content (GM, player, etc) Draft Online play NFL vs MLB 8) Do you need sales people to sell the product? Yes, because they need to advertise the product and persuade people to buy the product. 10) What is the established price for this product? around $60.00 16) Does the timing of promotion matter for this product? Yes because if they do it to late or to early people may forget about the product. Promotion Detail 3 1) what does the customer want from the product/ service? what need or want does it satisfy? the customer wants satisfaction from the product. the want they want is merchandise from that team. 5) What is the products name? NFL 12) What discounts are offered? Should any be offered? No discounts are offered, but their should be. 15) When do they promote? before the game comes up. 6) How is it different from the competition? Its two different sports. Price 3) How and where will the customer use it. The customer will use it on their gaming system. 14) Where and when does the products promotion reach the target market? When it releses that one month every year. Place 9)What is the value to the buyer? Get to play the game and enjoy it. 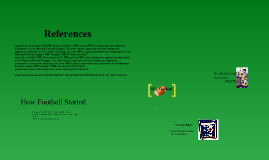 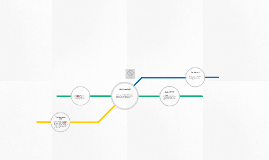 Transcript: Can they do it 5 of the best colts players NFL Football There are many memorial moments on the Colts The Indianapolis Colts There are many NFL teams and players. So here is one of the 32 teams and also my favorite. 1.John Mackey (kick returner) 2.Gino Marchetti (Tackle) 3.Marvin Harrison (wide receiver) 4.Peyton Manning (quarterback) 5.Johnny Unitas (quarterback) Can they make it to the Superbowl and win with Andrew Luck. The horse shoe is luck so was it meant to be we will find out. The Colts have won 2 superbowls in 1971 and 2007. The colts have had some good games against teams, but they could have won if it weren't for people on other teams cheating. (Like Tom Brady and the deflated football) When Payton Manning was let go because of his back problems it was very disappointing but when he got picked up by the Broncos they got to super bowl was it a bad decision to make? 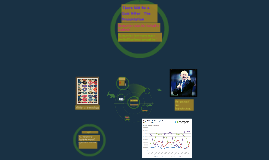 Transcript: What the Helmets Where Like in the Old Days QUIZ There are Interview How many years has the NFL been around for? Remember how many years football has been around for! How many teams are there ? What where the Footballs made of? Teams What the football is made out of? '20 soft leather '30 hard leather '40 hard leather w/ strap '50 plastic and internal padding '60 plastic and double bar mask '70 energy absorbing '80 molded polycarbonat shells '90 polycarbonat and face mask grill '00 Riddell developes the revolution From 1979 till 2015 all the 32 teams logo NFL-Football The football is made of pig skin the person I am Interviewing There Will Be a Quiz After The Presentation From-present Football has been around for 36 years By . Stephen Smith Remember what the football is made of! 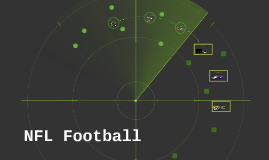 Transcript: cordarele patterson is a great young kick returner so watch out kickers they can get you in so many ways defence kick returners a much needed possision in the NFL fullback they will beat you up NFL Football running backs kickers are people to (sometimes hard to belive) quaterbacks 2 amazing quarterbacks are in the super bowl