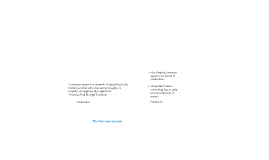 Transcript: The Nervous System Definition "a nervous system is a network of specialized cells, known as nerve cells, that carry messages, or impules, throughout the organisim." -Prentice Hall Biology Textbook Evolution -the simplest, nervous systems are found in Cnidarians. -they didn't have a controling factor, only a loose collection of nerves 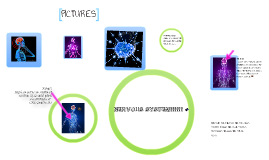 Transcript: NERVOUS SYSTEM!!!!!! THE MAIN FUNCTION OF THE NERVOUS SYSTEM IS HOW THE BRAIN SENDS MESSEGES THROUG THE SPINAL CORD. BRAIN-MESSEGES SPINAL CORD-PASSES THE MESSEGES THROUGH THE WHOLE BODY......:) THE SPINAL CORD IS YOUR BODYS MAIN BUNDLE OF NERVES IS ABOUT AS THICK AS YOUR FINGER. PICTURES THE BRAIN COULD GET A DISEASE CALLED ALEHEIMER'S ITS AN ILLNESS THA IS MOST COMMON IN OLD PEOPLE THINGS THAT HAPPEN ARE MEMORY LOSS ,MOOD SWINGS,LOSS OF MUCULAR CONTROL! 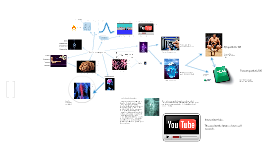 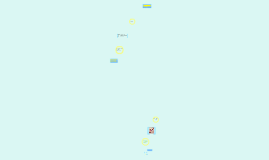 Transcript: That was a model of the nervous system. Thirty-one pairs of spinal nerves come from the spinal cord. All nerves are mixed, and they provide a two-way communication system between the spinal cord and of the legs, arms, trunk of body, and neck. The nervous system is an organ system containing a network of specialized cells called neurons that coordinate the actions of an animal and transmit signals between different parts of its body. The nervous system is divided into two main systems, the central nervous system and the peripheral nervous system. The nervous system from the inside of our body. Tasting, smelling, seeing, hearing, thinking, dreaming, breathing, heart beating, moving, running, sleeping, laughing, singing, remembering, feeling pain or pleasure, painting, writing...you wouldn't be able to do any of these things without our nervous system! Nerves are the thin threads of nerve cells, called neurons that run throughout your body. Messages and signals are being sent throughout your body from sense organs, muscles, and other internal body parts that need to be interpreted and responded to in some way. Our Sources http://yucky.discovery.com/flash/body/pg000136.html http://www.innerbody.com/image/nervov.html http://library.thinkquest.org/5777/ner1.htm http://teachers.greenville.k12.sc.us/sites/bnyvall/nervestuff/default.aspx Thanks for watching ! :) By: Mitse, Yuriam, Kat The nervous system also sends and receives messages and helps you see, hear, taste, smell, and feel. The Nervous System The nervous system controls all of the other body systems. Here are some of the organs in the nervous system. Organs in the Nervous System Eyes, Ears, Mouth(tasting), Nose, Brain, Spinal Cord. 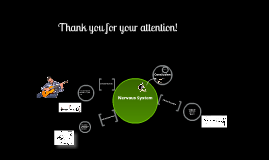 Transcript: Interneurons Cause and effect relationship between the sensory and motor neurons Sensory Neurons And one more thing... Thank you for your attention! Motor Nuerons Conducts impulses to the brain and spinal cord Conclusion Nervous System Sends impulses from the Central Nervous System to a muscle, gland, or other effector tissue. is here 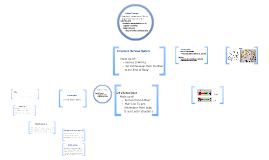 Transcript: Made up of: Sensory receptors, neural pathways, & parts of the brain involved in sensory perception. Nervous System Peripheral Nervous System Before -causes: ALS is caused when certain neurons in the motor cortex and spinal cord die. ALS is not contagious, but it may run in families. -effects/symptoms: Their thinking abilities including memory are working, but their bodies will not respond to commands from the brain to move. -treatment: There are several drugs to treat the symptoms of ALS, but there is no cure and the cause of this disorder are still unknown. ALS is not contagious, but it may run in families. Involved in movement- Makes organisms react to stimuli Multiple sclerosis -causes: Nerve cells use a chemical called dopamine to control muscle movement, parkinsons occurs when this dopamine is destroyed. This disease can run in families. -effects/symptoms: Difficulty swallowing, no expression in the face, difficulty starting movement, such as starting to walk or getting out of a chair, difficulty continuing to move, shaking, called tremors. Basically it becomes extremely difficult to control your body. -treatment: There is no cure, but there are medicines that increase the levels of dopamine in the brain, in hopes of controlling symptoms. Stroke Central Nervous System Peripheral Nervous System Motor Systems Composed of two parts: Parkinson’s Involuntary Control Does not involve conscious decision By: Ian K., Parker G., Ryan W Amyotrophic Lateral Sclerosis (Lou Gehrig's Disease) Processes sensory information Alzheimer’s Disease Vision, Hearing, Somatic Sensation (touch), Taste, Smell, Brain -causes: No known cause but 5-6% of the population is estimated to have it. 4th highest cause of death among adults (100k deaths per year). -effects/symptoms: Memory loss, particularly short term. Most people with it live 6-8 years. Can die of other diseases while you have it, such as pneumonia. -treatment: No known cure or particular way to prevent it. 2 approved drugs, Cognex and Aricept, slow memory loss and help the person perform daily tasks. Made up of: Spinal Chord & Brain Main Job: To get information from body & send out instructions After -causes: Blockage of a blood vessel. Bleeding of a blood vessel. -effects/symptoms: Blood supply to the brain is stopped. If this happens for enough time, neurons will start to die because they will not get enough oxygen. -prevention: Look for signs such as vision loss, difficulty speaking, severe headaches, and unexplained dizziness. Voluntary Control Involves a conscious decision to act in response to a stimulus Central Nervous System The Nervous System Sensory System Made Up Of: Nerves & Wiring Sends Messages from the Brain to the Rest of Body -causes: Exact cause not know, but several environmental and genetic factors probably contribute to the autoimmune response. Greater distance from the equator = higher risk. -effects/symptoms: A person’s immune system attacks its own tissue, myelin in this case. After myelin is destroyed the axons themselves can be as well. People with MS can experience symptoms such as difficulties in walking, visual problems, pain, and loss in muscle strength, although it is not fatal. -treatment: Corticosteroids are used; these drugs work as anti-inflammatory agents and also suppress the body's immune system. Glatiramer Acetate is also used, when patients take this medication, the immune system appears to attack it rather than natural myelin. Neither of these drugs are cures, they just reduce MS. 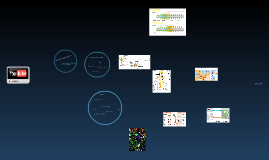