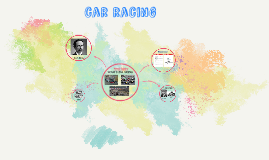 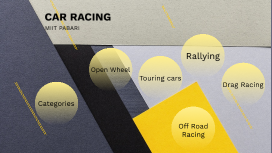 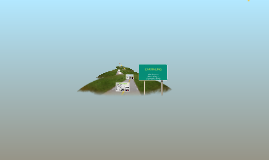 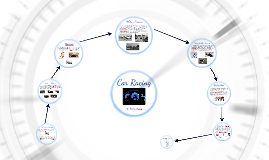 Transcript: The history of Formula One racing has its roots in the European Grand Prix Motor Racing. However, the foundation of Formula One began in 1946 with the Federation Internationale de l'Automobile's. A world Drivers' championship followed in 1950. A Formula One car is a single-seat, open cockpit, open-wheel racing car, and an engine positioned behind the driver. 1950 - Present Racing Gear Different types of Racing The History of Car Racing Nascar By Nikita Verma The racing car driver's suit, is often covered with patches of the racing team sponsors, it is the most recognizable piece of racing gear and is the driver's main defense against injury from burns. These suits are made out of either Proban or a material trademarked as Nomex. Nomex is a fire-retardant material that offers protection for 12 seconds in blaze as hot as 704°C . Both the crew and the driver are protected from a fire resulting from a crash or a fire in the pits. After the second World War, sports car racing emerged as a distinct form of racing with its own classic races. NASCAR's Strictly Stock division was renamed the "Grand National" beginning in the 1950 season. Through the 1960's, as superspeedways were built and old dirt tracks were paved, the number of dirt track races were reduced. 1910 - 1950 Car racing events began soon after the construction of the first successful gasoline-fueled automobiles. The first organized contest was on April 28, 1887, by the chief editor of Paris publication Le Velocipede, Monsieur Fossier. Paris- Rouen: The world's first motoring competition Car Racing Formula One Racing Auto Racing Drag Racing Dirt Track Racing Open Wheel Racing Formula Racing Off-Road Racing Production Car Racing Rally Racing Road Racing Slot Car Racing Sports Car Racing Stock Car Racing Track Racing On July 23, 1894, the magazine "Le Petit Journal" organized what is considered to be the world's first motoring competition, from Paris to Rouen. Sixty nine cars participated in the 50km event. The entrant ranged from serious manufactures like; Peugot, Panhard, and De Dion. The 1930's saw the transformations from high-priced road cars into pure racers, such as; Alfa Romeo, Bugatti, Ferrari, Mercedes, Lamborghini, Porsche, all with engines producing up to 450kw(603hp) Racing Gear - Nomex The Nomex is woven into a material that is used to line the inside of the drivers helmet, and to make the shoes, gloves, and socks as well as the suit worn by the driver. These suits are based on how long they will protect drivers from second-degree burns in gasoline fire, which can reach temperatures from 982°C to 1,149°C. New suits have been designed using a combination of Nomex, Kevlar, and Indura material and offer excellent protection without multi-layering. Was founded by William Bill France Sr. On Feb 21, 1948. The first NASCAR "Strictly Stock" race was held on June 19, 1949, at Daytona Beach, Florida. 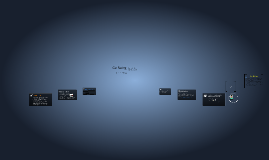 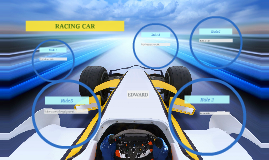 Transcript: Rule 2 Have FUN Take care of equipment. Do what you are told. Rule 1 NO food or drinks Be sensible EDWARD Rule3 Rule5 RACING CAR Rule 4 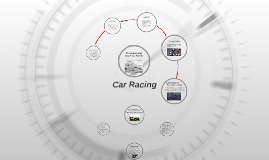 Transcript: Different? NASCAR In one of the movies it shows Tom having a race between when they have lunch get gas and go to town Cars Now Prohibition and Stock Car Racing Moon Runners' Races Racing Today Connection to The Great Gatsby If the car got hit then he driver would not be as safe Went as fast as 120mph About 100,000 people gathered to watch the races Fastest and most expensive car cost $8,500 at the time After WWII Bill decided to organize the National Championship Circuit in 1946 Less than a year after the Championship at a meeting in Daytona, the National Association for Stock Car Automobile Racing was formed. Bill France Jay Gatsby's car 18th Amendment / Prohibition Moonshine Moon Runners Car Racing The tracks in 1920 were made out of wood 24 hours of Le Mans race The most expensive car in the 1920's would now cost $116,211.70 The Moon Runners' Cars were unable to outrun the police, so producers and transporters of alcohol would take ordinary cars and make modifications to them so they could reach higher speeds enabling them to outrun the police. Soon the runners got to bragging about their vehicles, so the next logical thing to do would be to start racing each other to see who was fastest. Bill France was an auto mechanic that landed in Daytona Beach, Florida in 1934 Bill set up a few races with a man named Charlie Reese and they did well for a while, but racing died down during WWII. 1928 Rolls-Royce Phantom Cars in the 1920's NASCAR is still running races today, and it is popular among people in the south. The are safer with more protection Fastest car's top speed is 250 About 9.3 million people watch it now The fastest car cost $1.7-27 million dollars Unique facts 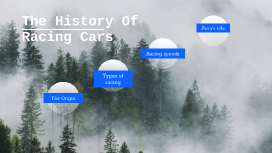 Transcript: The History Of Racing Cars The Origin of Racing. The Origin The first race between cars was held in 1864 after the invention of the gasoline combustion engine. The first organized race was from Paris to Rouen France. The distance traveled was 50 mi going 10.2 mi per hour. Types of racing Types of racing there 6 types of racing all performed on roads tracks or closed circuts. gran prix Grand prix karting Karting Stock stock Midget midget Sport sport Drag drag Racing Speeds Racing speeds Racing speeds exceed 372.5 km/h or 231.4 mph and can go as slow as 72.4 km/h or 45 mph. Perry's Ride This is perry's favorite style of racing. Perry's ride.