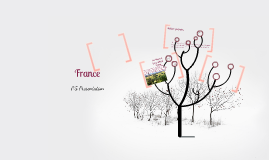 Transcript: Pop Culture Great music, amazing fashion designs, great places to go and tons of different food. What more did you expect from the French? France's culture is truly one of the greatest you'll come across. P.5 Presentation France stands as one of the world’s leading economic powers, possessing large agricultural, industrial and service sectors. France operates a mixed economy that combines capitalist and socialist characteristics. The French have been known for their stance against globalization. Historically France has opposed globalization and espoused trade protectionism; today many of the country’s companies are industry leaders. Political Geography The Human Geography of France The people have changed. they are "more modern" so, France itself has changed. It's no longer a monarchy, that one of the reason's why its so modern. They go through the motions (as does the u.s.) of "electing" their government -- but basically the "powers behind the throne" still rule. Most of the change in France came from the government system switching over. The French system of government is a semi-presidential system that sets a high value on the separation of powers, along with freedoms for citizens. Religions- The main two religions are Catholic and Muslim Relationships-Family is the backbone of French identity and community life, although these days couples marry later and wait longer to have children. Languages-The #1 language in France is... French! Demographics-PULL-High employment, less crimes, and good food suppliers. PUSH-War, Flood, Poverty Plains and rolling hills are the most extensive landforms in France, covering about two-fifths of the country. They stretch in a broad arc from the Belgian border to the Pyrenees mountains and divide into two distinct regions—the Paris Basin and the Aquitaine Basin. Elevations are generally less than 700 feet . How Has France Changed Over Time? France Economic Geography of France The Physical Geography of France. 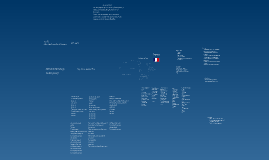 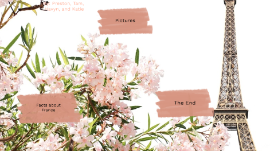 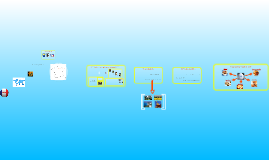 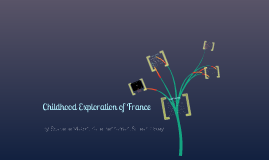 Transcript: Basic Facts on Education: CP & CE1: Emphasis mostly on reading, writing, math. French Maths Foreign Language Art/Music/History of Arts Discovering the World Physical Education CE2, CM1 & CM2: Seeks to reinforce the first two years and also leads students into investigation and working methods ability. French Literature & Grammar Maths Foreign Language Art/Music/History of Arts Science & Technology Physical Education History/Geography/Civics By: Scarlette Mason, Katie Bennaman, & Leah Coley Childhood Exploration of France According to the Ministry of Education, the official aim of French education is: "To ensure acquisition of the basic tools of knowledge: oral and written expression, reading and arithmetic. It's objective is to stimulate the development of the child's intelligence, artistic sensibility, manual and physical skills and sporting abilities. It provides grounding in the plastic and musical arts, and in conjunction with the family, undertakes the child's moral and civil education." Translated: Title: "At School" "I am at school" "I am in class" "School begins at 8:45" "Recess begins at 10:15" "Lunch begins at noon" "School ends at 4:30" Ecole Primaire: Primary school. Five classes, ages 6 to 11. 6-7 : Cours Preparatoire (CP) 7-8 : Cours Elementaire (CE1) 8-9 : Cours Elementaire (CE2) 9-10 : Cours Moyen (CM1) 10-11 : Cours Moyen (CM2) School is mandatory from ages 6 to 16. 24 hour school week ; extended over 4 days / week, leaving Wednesday free. School year divided into four 7-week terms (stretching from August to June), with 1-2 weeks of vacation in between. Curriculum A Typical Day in a French Primary School... Teaching kids patience and self-control through delayed gratification: French parents teach their children to wait for what they want from an early age, instead of immediately giving into their demands. Sleep training: In France, babies are expected to be sleeping through the night by the time they’re four months old. Parents don’t ignore their babies’ cries but they do pause before responding to them. Just one snack: French children typically have what’s known as gouter – a 4 p.m. snack – and that’s it. Moms going back to work after giving birth: French women work not just for financial security but also for status, Stay-at-home moms don’t have much in Paris. Child Rearing Goal of French Elementary Schools: