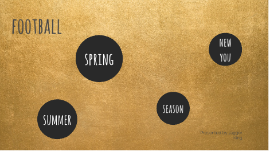 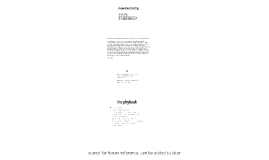 Transcript: the playbook "For testers: what is an alternative to test cases and procedures? Answer: a testing playbook." Oh. What's that? To give some idea: A testing playbook is a tool for sapient testing. I want something much less expensive to produce and maintain, while making my testing way better. A set of lists, tables, flows, combos-- a compact reference that allows me to do thorough exploratory testing. It is an aid to test design as well as test performance. Essentially it's a way of gathering under your nose when you're testing, everything that might feed into generating new testing ideas as you test, or help you to see alternate ways of structuring the tests you're doing. When you're in a test session on something complex, you need to hold an awful lot of information in your head, getting some of that out of your head and onto paper or a wiki might help to test more effectively. It also helps you ask for review of some of what you've gathered, and share it with your team. As such, the content of your testing playbook might be highly project specific. - James Bach I.E: context-driven testing curiosity-driven testing put test activities first, use the testers' skill no test is ever run the same way twice (tests more paths and combinations throughout the system) increase communication within team/with PM stored for future reference, can be added to later Might include e.g. how the feature works things to keep in mind while testing how-to´s: setting up mocks, scripts for generating data, etc action-result pairs if applicable what parts of the system might be affected the test approach for the feature known issues Playbook - A collection of stuff good to know for a tester/team about a feature/area. (Given this a competent, context knowing tester can do a good job.) exploratory testing 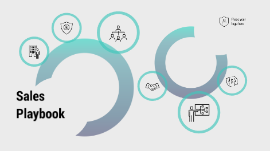 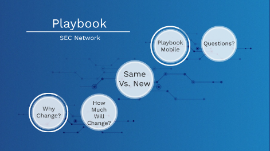 Transcript: Playbook SEC Network Why Change? Why Change? Scheduling will now be based more on productions, which will attach people to shows This allows for more access to your schedule with the use of Playbook Mobile Clearer understanding of workday (less notes) How Much Will Change? How Much Will Change? Don’t panic because… 35% will stay the same 65% of how you view your schedule will change Not a new system, just taking more advantage of what it can do What Will Stay The Same? Same Vs. New Necessary Notes Some Work Items (i.e. Prep, Highlighting, Edit Travel Off Days (Requested/Scheduled, Vacation, Floating Holidays What's New? What's New? WD (Work Day)-This is the hours for your shift The Show- The title of the show, network, start time, duration and your show assignment (AP, PA, FONT, etc) Example From Playbook Example From Playbook Playbook Mobile Playbook Mobile What Is Playbook Mobile? What Is Playbook Mobile? Link on your phone that you can use to view and access your schedule Week view of your schedule at a time Network/Location Shift Date/Time Staff (who is working and role) How Do I Access Playbook Mobile? How Do I Access Playbook Mobile? 1. http://playbook.espn.co/ 2. Login with your corporate email and password 3. Step-by-step email will go out with launch Example Example Questions? Questions?