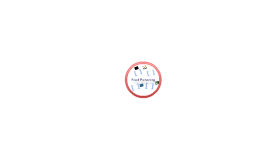 Transcript: Staphylococcus A Escherichia Coli This is a group of bacteria that can cause a range of diseases that can cause an infection in various tissues of the body. It is also known as Staphylococcus Aureus or S.Aureus. Any one of any age or sex can develop these bacteria. People with chronic conditions such as diabetes, cancer, vascular disease and lung disease, also people who use drugs (inject them into their body) are more likely to get seriously infected. Skin infections are the most common type of disease produced by Staphylococcus Aureus, its infections of the skin can progress to impetigo, which is a crusting of the skin or cellulitis which is inflammation of the connective tissue under the skin, leading to swelling and redness of the area. In a one in a million chance a serious complication known as ‘Scalded Skin Syndrome’ can develop. When a mother is breastfeeding, through the stages is when Staphylococcus can result in mastitis which is inflammation of the breast or in abscess of the breast. Listeria Listera is another main type of food poising; bacteria. This bacteria is found in soil and water but not only that it is also found in food, you can also get this illness from poultry and cattle. It can be held in raw milk and food with raw milk in. It can also live in food plants and a variety of processed meats. It grows in cold temperatures, it can be KILLED by cooking or pasteurization. Make sure you keep you keep your food clean and make sure it is always cooked before you eat it! The symptoms of it can be; getting a fever, stiff neck, confusion, weakness, vomiting and sometimes diarrhea. It can last from days to weeks. Older adults, prreceivingegnant women, people with weak immune systems, organ transplaint patients who are receiving drugs to prevent the body from rejecting the organ are more prone to this type of bacteria. Also people with certain deseases can get serious infections from it. Listeria is a bacteria genus that contains seven species. It is a serious infection caused by eating food contaminated by the bacteria. It is a type of bacteria that can get itself into foods like beef and vegetables. Escherichia Coli is long term for E.Coli. These bacteria, just like lots of other bacteria, it’s not always harmful to you. It usually lives inside you intestines. This is where it helps your body break down and digest the food you eat. Certain types called strains of E.Coli get from the intestines into the blood circuit. It is a rare illness but can turn into a serious infection. The symptoms of E.Coli bacteria can be; Bad stomach cramps and belly pain, vomiting and diarrhoea, sometimes with blood in it. It can be passed from person to person but a serious E.Coli infection is more often linked to the foods containing the bacteria. When the person eats the contaminated food they fall sick. Things like; Undercooked beef, vegetables grown in cow manure are washed in water full of bacteria, or fruit juice that isn’t pasteurized. Salmonella is one a many main case of food poisoning. It is a type of bacteria that is usually found in; poultry, eggs, unprocessed milk and water. If you eat any of these things you have a high chance of receiving it. The salmonella bacteria attacks the stomach and intestines. The bacteria can effect all ages and both sexes. Children, the elderly and people who are very ill are prone to get a serious infection. You can prevent getting salmonella by cooking the food above properly and making sure it is all healthy enough to eat. Salmonella Food Poisoning 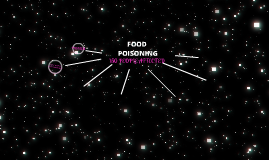 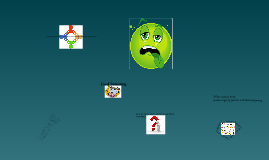 Transcript: Food Poisoning What is Food Poisoning? Food poisoning is defined as an acute digestive disorder cause by bacteria or their toxic products or by chemicals in food. In other words, it is when you get sick from eating contaminated food. It is estimated that there is 48 million cases of food poisoning in the USA each year. Within these 48 million cases there is an estimated amount of 128,000 hospitalizations and 3,000 deaths per year. What causes food poisoning? Food poisoning is caused by: Parasites Virus Exotoxins Natural Toxins Unknown sources Bacteria Common foods associated with food poisoning include: Eggs Cheese Ice cream Potatoes Tuna Within 48 hours of getting food poisoning, the consumer experiences nausea,vommiting, cramps, and diarrhea. Depending on the severity, the person may also get chills,fever, dehydration, and nervous system damage. So what can you do to protect yourself from poisoning? 1.Make sure food is cooked properly 2.Never eat raw meat 3.Do not leave eggs, meats, poultry, seafood, or milk at room temperature for a long time. 4.Do not cross contaminate food 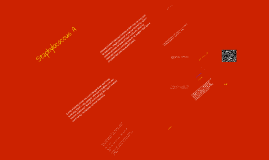 Transcript: Food Poisoning different types of food poisoning salmonella. Salmonella bacteria live in the intestines of people, animals and birds. Many foods become contaminated by people who dont wash their hands after using the toilet or changing a nappy. Here are some examples of high risk foods: Raw meat, poultry and seafood. Faeces may get onto raw meat and poultry during the butchering process. Seafood may be contaminated if harvested from contaminated water. Raw eggs. While an egg's shell may seem to be a perfect barrier to contamination, some infected chickens produce eggs that contain salmonella before the shell is even formed. Raw eggs are used in homemade versions of mayonnaise and hollandaise sauce. Food handlers who return to work before the infection completely clears up can continue to spread the disease. Some people who get salmonella infection become chronic carriers, meaning they continue to excrete the bacteria in their faeces or, rarely, urine for a year or more after their signs and symptoms clear up. Some carriers can pass Salmonella infection without having signs or symptoms of the disease. Ecoli Ecoli or Escherichia coli is a bacteria that live in your intestines. Only a few types cause bloody bacteria. Here is a picture: what causes Ecoli? Unpasteurized milk. E. coli bacteria on a cow's udder or on milking equipment can get into raw milk. Fresh produce. Runoff from cattle farms can contaminate fields where fresh produce is grown. Vegetables such as spinach and lettuce are particularly vulnerable to this type of contamination. Listeria. Who is at risk? Healthy people rarely become ill from listeria infection, but the disease can be fatal to unborn babies and newborns. People who have weakened immune systems are also at higher risk of life-threatening complications. Prompt antibiotic treatment can help prevent the effects of listeria infection. Causes Raw vegetables that have been contaminated from the soil or from contaminated manure used as fertilizer Infected meat Unpasteurized milk or foods made with unpasteurized milk Certain processed foods — such as soft cheeses, hot dogs and deli meats that have been contaminated after processing Listeria bacteria can survive refrigeration and even freezing. That's why people who are at higher risk for serious infections should avoid eating the types of food most likely to contain listeria bacteria. Staphylococcus A Uncooked food contains bacteria that may or may not be harmful. Staphylococcus A can be caused by cross-contamination of cooked food with raw food by cooking utensils, cutting boards or fingers that have touched the contaminated food. gggggggggggggg 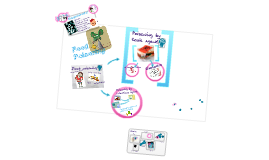 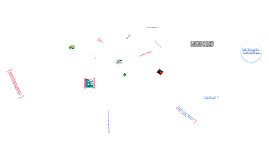 Transcript: Cyclospora Cayetanensis Definition: a genus of coccidian protozoans that produce an oocyst containing two sporocysts with each sporocyst containing two sporozoites and cause diarrhea in humans People can be infected by eating contaminated food and water. The most common foods that Cyclospora infect are raspberries, basil, snow peas, and mesclun lettuce. These disease occurs in countries that are in tropical and subtropical regions. It takes about a week for symptoms to occur. If not treated this illness may last a few days to a month. By Erika and Megan In 1996, there was a large outbreak of cyclospora in the USA and Canada. This was caused by imported raspberries. Some symptoms include headache, fever, flu symptoms, weight loss, nausea, and fatigue. You can prevent this disease by avoiding water or food that may be contaminated. On tropical islands only drink beverages that are bottled or canned. 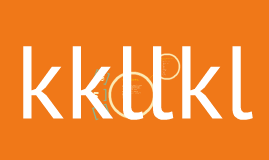