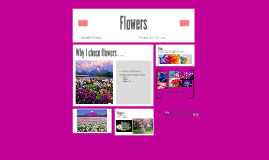 Transcript: Why I chose flowers . . . Early life & Childhood Flowers a. Did you know there was a rose fossil found in Colorado? b.Did you know it takes 60,000 rose petals to make 1 oz of perfume? c.Roses are used for perfume because they are some of the softest and most fragrant. a.Missippi state flower b.Grows 80 feet tall c.Popular subject for artists a. Grows in late summer and early fall b.It grows 1 to 2 feet tall c.Belongs to the largest pant family Field Daisies Sources: Flowers of the world! Monday, March 17, 2014 These are the flowers I chose: Rose Daisy Magnolia Roses Magnolia Gabrielle Francis 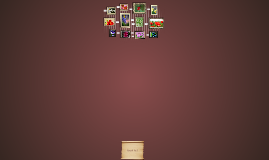 Transcript: Bluebell A hibiscus is a large flower, with several hundred species that are native to warm-temperate, subtropical and tropical regions throughout the world. Although it is less common this flower is also known as rose mallow. Poppy Carnation Pansy's have petals that are usually white or yellow, purplish, or blue. The plant may grow up to nine inches in height, and prefers sun and well-draining soils. It is usually cultivated as a garden flower. Roses come in many different colors, ranging from white through yellows and reds. Most species are native to Asia, with smaller numbers native to Europe, North America, and northwest Africa. Roses are usually grown for their beauty and often also their fragrant. The size can range from miniature roses to climbers that can reach seven meters in height. Daffodils are also known as Narcissi. The flowers are generally white or yellow (orange or pink in garden varieties). This type of flower is native to meadows and woods in southwest Europe and North Africa. Some species of Daffodils are extinct and others are threatened by increased tourism. It may be poisonous if accidentally ingested. It is a common garen flower. Daffodil Lily of the Valley A Tulip's native range extends west to Iberian Peninsula, through North Africa to Greece, the Balkans, Turkey, throughout the Levant, and Iran, north to Ukraine, southern Siberia and Mongolia, and east to the Northwest of China. 75 wild species are currently accepted. Hibiscus Bluebell Cosmos Poppy Cosmos is a genus, with the same common name of cosmos, consisting of flowering plants in the sunflower family. There are approximately 36 species of Cosmos in the world. Rose Thank You! Rose This flower is native to the eastern Mediterranean, Iraq, north-east Iran, and Turkmenistan. Hyacinths can be confused with the genus Muscari, which are commonly known as grape hyacinths. Tulip Carnation Hibiscus Daffodil Lily of the Valley Lily of the valley is a sweetly scented, highly poisonous woodland flowering plant that is native throughout the cool temperate Northern Hemisphere in Asia, and Europe. Flowering is in late spring, although in mild winters in the Northern Hemisphere it is in early March. The fruit is a small orange-red berry 5–7 mm diameter. Cosmos Daisy Hyacinth Pansy Hyacinth Pansy Tulip Daisy 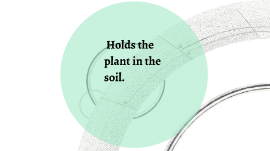 Transcript: Ms. Thomas Parts of a Plant Second Grade Science The Stem Carries water to other parts of the plant. Roots Holds the plant in the soil. Leaves Takes in air and light that the plant needs to live. Video of plant Video https://www.youtube.com/watch?v=djPVgip_bdU Picture 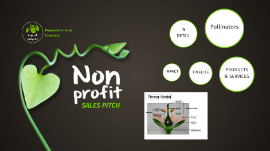 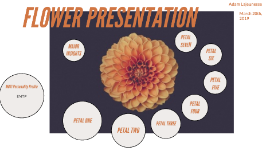 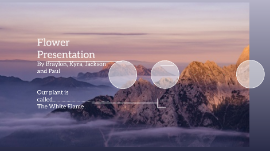