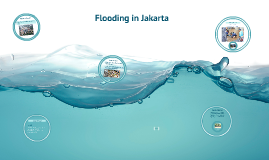 Transcript: Areal THANK YOU! Floods also occur if water falls on impermeable surface What is Flood? Flooding in Jakarta The current flood canal in Jakarta A flood is an overflowing water on lands The Netherlands government will also give 4 million USD to build a dike on Jakarta Bay Solutions Riverine Flood Floods happen on flat low-lying areas and water cannot run off The death toll was 12 people Causes of Flood The Jakarta government already started making an underground canal In 2013, Jakarta was flooded River flow rise to flood levels at different rate Flooding in Jakarta Localised flooding may be caused by drainage obstruction 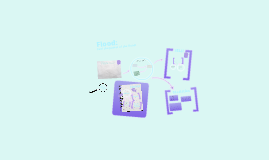 Transcript: Flood: Feel the power of the flood! Plan: Our design! What is Flood? resemble the way floods are strong and powerfull and that as soon as you drink this drink you at a instant have mighty power just like a flood! What we are trying to get across is this is not only a drink to clench you thirst but also gives you an everlasting burst of energy! So our drink beats all the others with its unique selling point; 2 drinks in 1! from a natural spring source. Our water is pure and clean and we can guarantee that it will be an asset to you. Once you start drinking you can feel yourself being re-generated and revitalised. SELL! Statistics It will only cost 50p to make (max). Notes reasonable price of £1 per bottle, it's not only a great-tasting drink but at a cheap price too! (cc) photo by Metro Centric on Flickr The water comes from the Caledonia Mountains! Victoria, By Priya, San Francisco Thank you for watching! W FLOOD PICTURES! FEEL THE POWER OF THE FLOOD! and Leah! (cc) photo by jimmyharris on Flickr All of the bottles will be made in the U.K., To reduce the food miles. (cc) photo by Franco Folini on Flickr lood is our brand name and we chose it to e think Flood should be sold at the FLOOD... Has a easy lid that you can quickly open and drink from so REMEMBER!!! O We hope to sell 'flood' for £1.00 per bottle. F Has a clear window to see how much water you have! our water is fresh and cool and (cc) photo by Metro Centric on Flickr 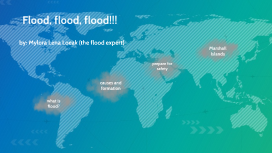 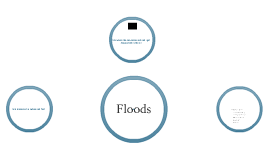 Transcript: Floods I occur when there are many inches or feet of water on a non-absorbant service I am measured in inches and feet I die when the sun comes out and i get evaporated in the air I form in areas with very heavy precipation and concrete 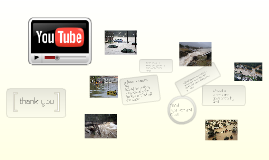 Transcript: flood by:allison and olivia A flood is: when water goes on to dry land a flood is caused by: lots of rain,melting ice,snow and the banks can't hold all the water thank you a flood inpacts the earth by: wear away the earth and roads crack,tree down,grass pull away What happens: water can get to 13 feet above flood stage 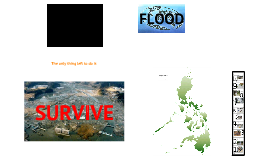 Transcript: FLOOD The only thing left to do is SURVIVE _ _ _ _ is usually an overflow of an expanse of water that submerges land and the inflow of tide onto land. Floods are categorized into _A_U_A_ and A_ _I_I_IA_ floods in terms of their specific causes. Flood is basically a natural hydrological phenomenon. Its occurrence is usually the aftermath of meteorological events. These included an intense and prolonged _ai_ _a_ _ spells and unusually high coastal and estuarine waters due to _ _o_ _ _u_ _e_, seiches, etc. Floods are also caused, indirectly, by seismic activities. Coastal areas are particularly susceptible to flooding due to _ _u_a_i_ (seismic sea waves). Sinking of land due to ea_ _ _ _ua_e_ reduces the elevation of land areas. In the vicinity of lakes and rivers, these areas become flood-prone. Likewise, the uplifting of lake and river beds from seismic causes sometime results in the overflowing of these bodies of water. The water then i_u_ _a_e_ the surrounding and adjacent areas. To a certain extent, flooding is an astronomically influenced phenomena such as _i_ _ _i_e_ coinciding with the occurrence of heavy rainfall frequently cause flooding. Flooding is also believed to be caused by sea-level rise. Sea-level rise is defined as the mean rise in sea level as an effect of thermal e_ _a_ _io_ and melting of i_e _a_ _. Occasionally, floods occur unnaturally. These are usually the result of _u_a_ a_ _i_i_ie_. Such activities include: Blasting - this causes landslides in the slopes of hills and mountains which may result in the unintentional damming of rivers and streams; Construction of temporary dams - this produces an impediment to the flow of a river or stream which then results in an overflow; Failure of hydraulic and other control structures - accidents like the breaking of a dike result in the entry of an enormous quantity of water in a protected area; and Mismanagement of hydraulic structures - control structures like dams which are utilized for various purposes are usually operated according to what is known as an "operation rule" and mismanagement which results in the violation of the rule may necessitate an untimely and sudden release of large amounts of excess water. Types of Flooding _i_a_ Flooding Both sea and river defences may be overtopped or breached by a combination of low pressure weather systems and peak high tides. Storms with high wind speeds cause tall and powerful waves and low pressure fronts cause sea levels to rise above normal levels. High tide levels vary through the lunar and solar cycle and when superimposed upon other tidal variations exceptionally high tides result. _ _u_ia_ Flooding Flooding occurs in the floodplains of rivers when the capacity of water courses is exceeded as a result of rainfall or snow and ice melts within catchment areas further upstream. Blockages of water courses and flood channels or tide locking may also lead to ponding and rising water levels. _ _ou_ _ _a_e_ Flooding Low lying areas sitting over aquifers may periodically flood as ground water levels rise. This type of flooding is often seasonal and therefore can be forecasted with good accuracy. It is often slow in its onset. _ _u_ia_ Flooding Surface water flooding is caused by rainwater run-off from urban and rural land with low absorbency. These circumstances, combined with intense rainfall, can give rise to localised flooding. Flooding from Sewers Flooding from sewers can occur where there are combined storm and foul sewers and their capacity is exceeded due to large amounts of surface water run-off in a short time. Poor cleaning and maintenance can lead to blockages that can also cause local flooding. Flooding from Man Made Infrastructure Canals, reservoirs and other manmade structures can fail causing flooding to areas downstream. Industrial activities, water mains and pumping stations can also give rise to flooding due to failure. Flood Classifications _A_O_ Flooding This causes inundation of large areas, isolating towns and cities. Major disruptions occur to road and rail links. Evacuation of many houses and business premises may be required. In rural areas widespread flooding of farmland is likely. _O_E_A_E Flooding This causes the inundation of low lying areas requiring the removal of stock and/or the evacuation of some houses. Main traffic bridges may be closed by floodwaters. _I_O_ Flooding This causes inconvenience such as closing of minor roads and the submergence of low level bridges and makes the removal of pumps located adjacent to the river necessary. Flood Progression F_A_ H floods often occur in deserts where it rains in one place and the water starts to rush to an area further down stream. G_A_UA_ floods, some floods may take a few days to build up to dangerous levels. How do floods cause damage? There are two main types of damage caused by floods: _ _ai_ water damage. This damage basically soaks everything, sometimes it can dissolve foundations and make the ground unstable and 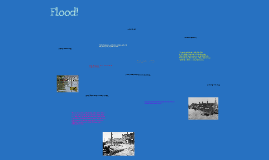 Transcript: Flood! What is a flood? A form of natural disaster when there is more water than the lakes, rivers, oceans, or ground can hold. What causes floods? Flooded areas of land usually start off as very dry land. Floods are caused by heavy rains that pour to much water into rivers and other waterways. Making these natural channels unable to carry all the water. Rising water flows over or breaks the banks to the waterways causing the surrounding land to be flooded. Different causes of floods can come from masses of snow melting of tidal waves. How are floods measured? Floods are measured by a known level of depth. If the water level is over that depth, it may be considered a flood. When does a Flood occur? A flood may happen at any time near a body of water, mostly around the rainy seasons, when the river or lake or any body of water overflows. Where in the United States do floods happen the most? In the United States, the state that most floods happen is in Florida. What is the most devastating flood? The most devastating flood is the China Flood in 1931. It killed 2,500,000 - 3,700,000 people. Over 500,000 people were evacuated from their home. More people died, than were saved. This is a very rare case. After the flood they had a drought for 2 years.