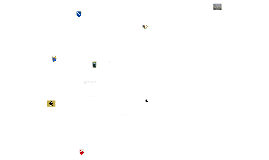 Transcript: Fleur-de-Lis By, M. Crepe It is a stylized lily or iris that is used as a decorative design or symbol. It may be "at one and the same time, religious, political, dynastic, artistic, emblematic, and symbolic", especially in French heraldry. While the fleur-de-lis has appeared on countless European coats of arms and flags over the centuries, it is particularly associated with the French monarchy in a historical context, and continues to appear in the arms of the King of Spain and the Grand Duke of Luxembourg and members of the House of Bourbon. It is on the coat of arms of almost every french city, most notably Paris, Lyon, Toulouse, Bordeaux, In French, fleur de lis literally means "lily flower". Decorative ornaments that resemble the fleur-de-lis have appeared in artwork from the earliest human civilizations. The symbol is used in many local sport teams that have french heritage such as the former Montreal Expos Major League Baseball team, the Serie A team Fiorentina, the Major League Soccer team, the Montreal Impact, as well asthe sports teams of New Orleans, Louisiana in the NFL, and NBA. The symbol is also a focus of many literary works such as The Da Vinci Code, The Hunchback of Notre Dame, The Hunchback of Notre Dame, and Edmund Spensers "The Faerie Queene" The three petals of the heraldic design reflect a widespread association with the Holy Trinity, a tradition going back to 14th century France, added onto the belief that they also represented faith, wisdom and chivalry. 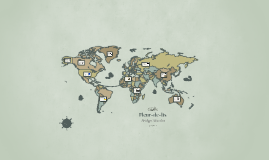 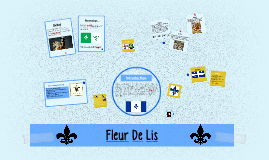 Transcript: The identity of the fleur de lis has obviously evolved and changed throughout the centuries, and it completely changed to this day. Nowadays, the fleur de lis is a symbol associated with sports, education, military and literature, especially its significance in the french/francophone flag. Belief -Tradition, history, legacy and prophecy -Plays a role in the catholic society -Mainly represents God and the saints -Almost as valuable as the christian cross symbol with similar meanings portrayed. -Peace, War, Religion, Politics and Royalty Found in many churches that still carry its or original story and refer to it for what it was in the past in contrast to what it is today. It is also and in eery day life items, like basketball teams, jerseys, schools and more. Belongs to the french catholics -Original Story shows that the Lily flower represents purification and purity when Clovis converted to Christianity, and this is a legend. Belief Introduction Value Nowadays... Thanks for listening Identity Joan of Arc carried a white banner with the Fleur De Lis on it to show God's blessing to the French royal emblem. Fleur De Lis Examples Have you ever been to Quebec before? Did you ever notice the flag of the amazing french province? You probably thought at first that that "emblem" on it is just a silly symbol that french kings came up with in the beginning of time. The history behind the "fleur de lis" is amazing and ancient, so stay tuned during this presentation to learn more about it and try not to fall asleep because there is a quiz in the end. Belief *Trillium associated with fleur de lis* - Means the "European Iris" -Represents French Monarchy and the trinity ( 3 leaves) -Reference to Angelic Pastor and the prince with the crown of lilies. -Prophecy foretold, yet to come. The meaning behind it Identity -Found in Babylonian, Indian, Egyptian and Roman architecture. -The symbol was later associated with many french royal families to show their connection with the church, and later evolved to the Quebec flag that we see and are used to today. In the 12th century, king Louis became the first french monarch to use the Fleur De Lis on his shield and definitely not the last. Belief 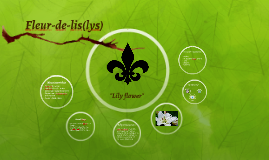 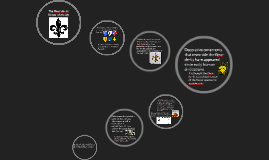 Transcript: It is also seen in video games, such as Saint's Row IV, and the Hitman game series Its actual origin is said to have stemmed from ancient Egypt and Babylonia, however its exact origin is unclear. As far as we know it was adopted by France in 1062 A.D as the nation of France emerged from the Dark Ages. However, it is most closely associated with the French Monarchy The Fleur-de-lis Flower of the lily http://fleurdorleans.com/catalog/thehistory.php The most popular legend of this sign's origin is that the king Clovis was searching for a way to cross a river in order to defeat the king of Aquitania Alaric, when he could not find one, a doe frightened by the soldiers ran across the river in only a way it knew. When the soldiers followed, king Clovis picked one of the wild yellow irises and put it in his helmet as a sign of future victory. http://en.wikipedia.org/wiki/Fleur-de-lis http://www.fleurdelis.com/fleur.htm It is thought the Fleur-de-lis is a stylized version of the flower species Iris pseudacorus Other places this symbol is used is in the US Navy Blue Angels, as well as many scouting organizations. It is also seen on the Saints football team helmet Traditionally used to represent French Royalty or heritage, the fleur-de-lis symbolizes perfection, enlightenment, and life. The three pedals are associated with the protection of the Holy Trinity. Has appeared on countless coats of arms in European history Decorative ornaments that resemble the fleur-de-lis have appeared since early human civilizations. 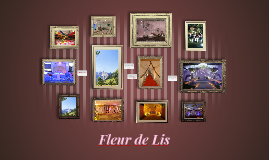 Transcript: Flight of Fantasy A warm welcome "Fleur de Lis believes in bringing dreams to life and letting smiles linger on...." Balloon Blast Being the perfect ensemble of creativity, efficiency and with high emphasis on quality, we perch you on the pinnacle of utmost satisfaction. Fleur de Lis An event/venue does not remain only an event/venue, but transforms into an out of the world experience when conceptualized by 'Fleur de Lis' Together, lets make a dent in the universe. Underwater Bliss For the Princess Bewitched Evening Touch of Glow 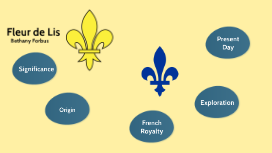 Transcript: Fleur de Lis Bethany Forbus Significance My maiden name is Robidart, which is obviously French. My great great grandfather became a US citizen while he lived in France by becoming an American soldier during WWI. When the war was over, he moved to California to start his life as an American citizen. French customs and symbols are very important to me for this reason. The Fleur de Lis is one of them. Hey everybody! "Fleur de lis" by hurricanemaine is licensed under CC BY 2.0 Where did the Fleur de Lis come from? Origin Can you take a guess? "Eiffel Tower" by jon_coyne is licensed under CC BY-NC-ND 2.0 Did you say France? Origin If you said France, good job! The Fleur de Lis was used to represent French royalty and Catholic saints. (Wikipedia, n.d.) The Fleur de Lis is known as the baptismal flower of French royalty. (Wikipedia, n.d.) "100_2718" by Cassiopée2010 is licensed under CC BY-NC-SA 2.0 Fleur de Lis Meaning Fleur de Lis means "Lily Flower" in French. It is said that the three main petals originally represented the commoners, the nobles and the clergy of France. (Wikipedia, n.d.) It has also been known to represent the Holy Trinity. "100_2718" by Cassiopée2010 is licensed under CC BY-NC-SA 2.0 Wikimedia Commons In the "ancien regime" (old realm), the Fleur de Lis was part of the French flag. (Smith, 2018) You can also find the Fleur de Lis on France's coat of arms. Importance Wikimedia Commons The arms of the Kingdom of France Clothing and Royal Novalties French Royalty The French Royals were known to have Fleur de Lis embellishments within their clothing, furniture and decorations! Portrait of Louis XIV Golden fleurs-de-lis aplenty on this portrait of Louis XIV after Hyacinthe Rigaud. The J. Paul Getty Museum, 70.PA.1 This table belonged to Louis XIV's son, Louis of France. Tripod table, about 1680, attributed to Pierre Golle. The J. Paul Getty Musuem, 82.DA.34 Tapestry belonging to Louis XIV's great grandson, Louis XV. Tapestry: Portière aux Armes de France, designed 1727, woven about 1730–40, The J. Paul Getty Museum, 85.DD.100 Welcome to the New World! Exploration The French started exploring the world just like so many other Europeans. In the 1500s, King Francis I sent French explorers out to find new routes to Asia and to find gold and riches. This quest was led by Jacques Cartier. Cartier found a river from the Pacific Ocean that led into the interior of North America. This river became known as the Lawrence River and this land is now what is known as Quebec, Canada. These settlers, of course, carried their nations flag with them on the journey and staked it high to claim the territory for the French. (Wikipedia, n.d.) Wikipedia Image: St. Lawrence River Rene-Robert Cavalier, Sieur de La Salle La Salle was born in Normandy, France. He was sent to the Americas by King Louis XVI. In America, La Salle became a fur trader to make money. He sailed down the Illinois River and the Mississippi River claiming territory for France. Because of La Salle, the French were able to acquire land in North America that is now Louisiana. Once that land was claimed, he placed a French flag on it with the iconic Fleur de Lis. (Wikipedia, n.d.) "French Flag" by Akron Soccer Fan is licensed under CC BY-NC-SA 2.0 Because of LaSalle and other French settlers, the spoken language was then French. They also brought with them their many symbols and customs, including the Fleur de Lis. "Fleur de Lis" by DBduo Photography is licensed under CC BY-SA 2.0 Present Day The Fleur de Lis has not changed much over the past 5 centuries. Some countries have added stems and other decorations to make it their own. In America, it looks almost exactly as it did when it came over from France. You can find the Fleur de Lis almost everywhere you look! On gates! "Fence fleur de lis" by goranhas is licensed under CC BY 2.0 In gardens! "downsized_0407011108.jpg" by scottobear is licensed under CC BY-NC-SA 2.0 On jewelry! "Blue earring" by SuperFreaka is licensed under CC BY-NC-ND 2.0 In churches! "Sauvelade: l'église, le portail" by fredpanassac is licensed under CC BY-SA 2.0 On Sunday Football! "Drew Brees New Orleans Saints Signed Autograph Black Custom FRAMED Jersey Tristar Authentic Certified" by shop8447 is licensed under CC0 1.0 References Fleur-de-lis. (2020, July 25). Retrieved July 29, 2020, from https://en.wikipedia.org/wiki/Fleur-de-lis Smith, W. (2018, July 11). Flag of France. Retrieved July 29, 2020, from https://www.britannica.com/topic/flag-of-France References 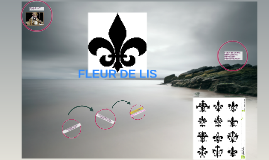