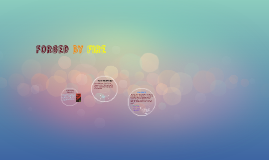 Transcript: I recommend this book because it is a very detailed book, it gets you hooked and it's very interesting. Who wouldn't want to know the life of a side character from Tears of a Tiger? Forged By Fire is a very interesting book, it has a lot of conflict and drama that happens. Gerald's past life was horrible and possibly horrific, but in the end, he's pretty happy with himself because he has grown from the experience. Forged By Fire There are many types of characters in Forged By Fire. Gerald was the protagonist. You may be wondering why, well Gerald has been trying to live with his new family since he lost his Aunt. He realized that his step father was abusing his new little sister Angel. He finally worked up the courage to tell someone about it and he sent his step father to jail. The antagonist was Jordan Sparks, Gerald's step father. He would go out to a bar regularly and come home drunk, always hitting Angel for absolutely no reason. Types of Characters Forged By Fire Background Why should you consider buying Forged By Fire? Well, Forged By Fire is a book about a boy named Gerald. His life started out rough when he was 3, but it seemed to get a little bit better. His life turned upside down when he lost someone special and now he has to live his life with a man he doesn't trust. Maybe you should get the book to see what happens... Connections My Opinion on the book I can connect Forged By Fire to Tears of a Tiger. Both books are somewhat similar if you ask me. Both books have deaths in them, in both books, the main character has to suffer with something such as depression or abuse. The main idea of Forged by Fire is to show how Gerald had to live. In Tears of a Tiger, Gerald was just another guy on the basketball team but really, his life isn't what you thought it was. Gerald had suffered the lost of a loved one and abuse. His life seems fine now, but his past life wasn't. There was a lot, of conflict in Forged By Fire. There was mostly Man vs. Man between Gerald, and his step father. Main Idea Types of Conflict 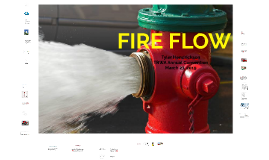