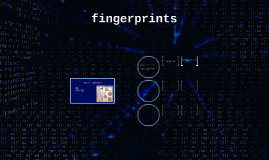 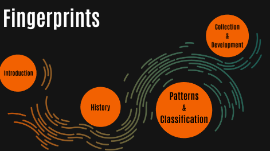 Transcript: Fingerprints Fingerprints Introduction The reproduction of patterns of the friction ridges on the distal phalanges of the fingers & thumbs are called as "fingerprints". The science of identification through the examination of fingerprints is known as "Dactyloscopy". Prior to fingerprint The first systematic attempt at personal identification was devised and introduced by a French Police Expert, Alphonse Bertillon in 1883. Bertillon System was based on eleven measurements of human body in metric system for recoding data. Fall of Bertillon’s System (The West Case) The Method receive its most severe & notable set back in 1903 when a convict “Will west” arrived in Fort Leavenworth Prison. A file revealed that another prisoner named as “ William West” have the same bodily measurements & photographs too. Subsequently, Fingerprints of both prisoners clearly distinguished one from another. Importance The Fingerprints as evidence are important because : 1 2 3 4 5 They are unique. They are permanent . They are universal. They are inimitable. They are classifiable. Nature Nature The palmar surface and the plantar surface are covered by a layer of corrugated skin,the elevated surface are known as papillary or friction ridges while the valleys formed between two ridges are known as furrows grooves. The ridges have small pore, which exude perspiration which is secretion of the eggrine gland. Principles Principles The ridges formed even before birth do not change until & unless destroyed by decomposition after death. Two fingerprints are identical only if they are both produced by the same finger of the same person. Permanency Individuality Terminology Terminology Minutiae or Galton’s details : The ridges are characterized by minute peculiarities such as ridge endings, bifurcations, dots, enclosures, etc. Pattern area : It is that part of loop or whorl in which appears the cores, deltas, & ridges with which we are concerned in classifying. Type lines : Two inner most ridges which start parallel, diverge, & surround or tend to surround the pattern area. Bifurcation : It is the forking or dividing of one line into two or more branches. Focal points : Within the pattern areas of loops & whorls are enclosed the focal points which are used to classify them. These points are called as delta & core. Ridge : The narrow elevated line on the friction skin are called ridges & they are studded with sweat pores. History Humans have been aware of and fascinated by the patterns on their fingers for thousand of years. Use of finger impressions as seals on documents begin as early as third century B.C. History Ancient history Ancient History - 6000 Years Ago: Earthenware bearing clearly discernible friction ridges impressions were found in north-west chine. - Impressions on the clay used to make bricks were found which belongs to neolithic period. - Megalithic artworks in the tomb of Gavrinis on an island just off the west coast of France and in the tomb at Newgrange on the coast of Ireland were also found. 221 B.C. to A.D.1637 221 B.C. to A.D. 1637 - The Chinese were the first culture known to have used friction ridge impressions as a means of identification. - “The Volume of Crime Scene Investigation—Burglary”, from the Qin Dynasty. - Documents(land contracts, wills, and army rosters) consisting of bamboo slips or pages were rolled with string bindings, and the strings were sealed with clay using fingerprints is a prevalent example. - It is believed that the use of prints on important documents was adopted from the Chinese, where it was used generally, but in India it was mainly reserved for royalty. 17th Century 17th Century - 1684 : Friction ridge skin is first described in detail by Dr. Nehemiah Grew. - 1687 : Marcello Malpighi credited with being the first to use microscope to study the fingerprints. 18th Century 18th Century - 1788 : J.C.A. Mayer is the first to write that friction ridge skin is unique. 19th Century 19th Century -1856 to 1897 : Herman Welcker is the first person to start a permanence study; though, credit for being first person to study persistence of the friction ridge skin goes to Sir William James Herschel. 20th Century 20th Century - 1858 : Herschel’s spontaneous printing of man’s hand as proof of identity is first official use of friction ridge skin as a signature by a European. - 1880 : Henry Faulds is the first to publish in a scientific journal the value of friction ridge skin for individualization. - 1883 : Arthur Kollman is first to identify the presence and location of volar pads on the hands & feet. - 1891 : Juan Vucetich’s classification system & individualization of prisoners through the use of fingerprints are the first practical uses of the fingerprint science by law enforcement personnel. - 1892 : Rojas Murder Case, in Buenos Aires, is considered to be the first homicide solved by the fingerprints evidence, & Argentina becomes the first country to rely solely on fingerprints as a method of STRATEGY 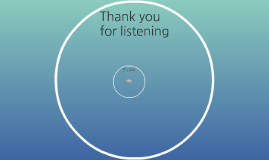 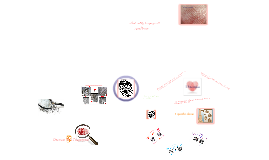 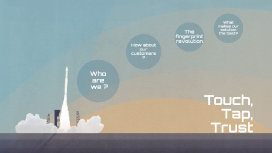 Transcript: Touch, Tap, Trust Who are we ? Our team Danila KOZLOV Malik KAMEN Our product Authentication factors gives us the means to verify identity or confirm authorization to perform a task and can be grouped into three basic categories: -something the user knows, -something the user has -something the user is. Our technology is a solution to that and might ease and revolutionize the payment system authentication. How about our customers ? We have notice in our study that there are several ways of authentications. However, no system can be made absolutely secure. Nowadays, with unlimited time (and money) you can hack and spoof anything. But Advanced biometric techniques makes such malicious attacks extremely expensive and time consuming. Consumer's perception Consumers perceptions Comparing biometric modalities Fingerprint has risen to the top of the pile: because of its position in the nexus between security and convenience. It is now a very stable technology that consumers are familiar with which makes it the ideal candidate to unify authentication access to multiple device The fingerprint revolution Chip and PIN cards, or those needing a signature, can also present a problem for a variety of people, including those who: • Are illiterate • Use a different set of numerals • Struggle to remember PIN codes Payment cards The new case use Cards remain the most popular way to pay across the world, and their use is growing year on year; Despite the option to now pay via smartphones. 80% of consumers have debit and/or credit cards. Nearly 3.5 billion payment cards are sold annually, half of which are contactless.However contactless has a low share of weekly purchases given current caps and limited infrastructure. Visa and Mastercard are our major partners and a principle target to the developpement of our technology What makes our solution the best? No batteries or terminal upgrades Can be used globally Easy authentication and production Conclusion Biometric payment cards overcome this because the cardholder only needs their fingerprint to prove their identity. There’s the opportunity for banks to increase financial inclusion by providing these cards to people who can’t use other kinds of authentication. Financial services can be accessed by a new consumer base for the very first time, meaning small businesses and retailers in previously low-access areas will see on-card spending increase at an unprecedented rate. 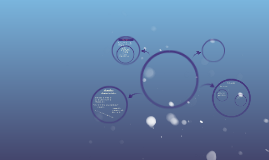 Transcript: often used for biometric identification in criminal investigations impression on a surface of the curves formed by the ridged on the fingertips how it works the basic pattern of the humans fingerprint when you look at an iris scanner either the camera focuses automatically or an audible feedback form the system to make sure the eye is positioned correctly especially such an impression made in ink and and used as a means of identification eye is 3-10in from camera. the camera locates the center of pupil, edge of pupil, edge of iris, eyelids and eyelashes loop fingerprint print,mark- visible indication on surface identifies characteristics Iris scan thumbprint - fingerprint made b the thumb a. DNA figure print b. chemical fingerprint 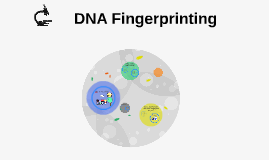 Transcript: What is DNA Fingerprinting Does anyone have the same fingerprint as you? Ulnar loop = a loop that comes from the pinky side of the hand When DNA fingerprinting was discovered Whorl- a spiral pattern Look at your finger tips and the palms of your hands. Now look at your neighbors fingertips and palms. Are they the same or are they different? If they are different that is because no one has the same fingerprint as you not even identical twins have the same fingerprints. DNA profiling (also called DNA fingerprinting, DNA testing, or DNA typing) is a forensic technique used to identify individuals by characteristics of their DNA. A fingerprint expert could likely find fingerprints on the cookie jar and match them to the unique prints at the end of your fingers. In September 1984, Dr. Alec Jeffreys, a geneticist from the University of Leicester in Great Britain was studying hereditary diseases in families. DNA Fingerprinting Cookie Jar Ok now its your turn. Do you know what types of fingerprints theses are based on our info? Dr. Jeffreys demonstrated that a genetic fingerprint is specific to each individual and the pattern does not belong to any other person on earth except for identical twins. Thx for watching whorl The Different Types of Fingerprints ulnar Radial loop- a loop that comes from the thumb side of the hand What is DNA Fingerprinting? Have you ever tip-toed into the kitchen to sneak a cookie out of the jar when no one was looking? Unless you wore gloves, you probably left behind evidence of your snack attack! Double loop-two loops going in two directions, but is actually a type of whorl Arch- pattern but horizontal ridges rising up high in the middle, creating a tent-like pattern