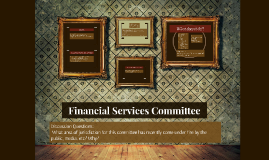 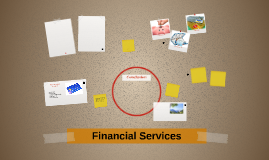 Transcript: Financial Services Overdraft protection is important-- but so is knowing how it works You can avoid common fees if you pay attention Balancing your checkbook is as important as keeping your PIN safe Credit Cards Why Not a Checking Account? Savings Accounts Conclusion CHECKING: Need to Know Why a Checking Account? Debit Card Easy Access No limit to withdrawals Safer than cash Fraud Protection Checking Account 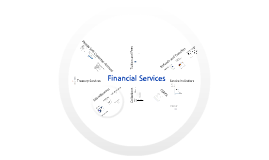 Transcript: Financial Services People Soft Customer Account Arranged into separate accounts: Tuition and Fees Housing Dining Student Health Plan Student Health Center Traffic and Parking Miscellaneous Charges Program Fees BYU Loans (Short Term, Woolley, MSM, Bookstore) Deposits Bookstore Account Tuition and Fees Refunds and Transfers Service Indicators Negative Indicators Common ones: Past due accounts (PDA) Tuition Delinquent (TDA) Positive Indicators FERPA release Student Financials (SF1-6)---used for billing Information can be released ONLY to the individuals specified by name in the release box. FERPA If a parent wants to pay off a student’s balance and there is no release form, we can tell them the total amount the student is owing but NOT details about the charges. How would you handle the following situation? The mother of a student calls wanting to know why her daughter has a hold on her student account. You input the student’s ID, and look for the positive service indicator. There is none. What would you tell the parent? How can we help? Restricted Records Agencies Write-offs To accurately reflect outstanding accounts, BYU “writes off” past due charges where the chance of collection is doubtful. If a student pays off a write-off in full, remove the holds, print the screen showing the payment, and place it in the box next to the supervisors to go to financial services. C-161 Petitions Tax Information Payment Plan An accepted payment plan will keep the account from being sent to a collection agency. The student will still have a hold on their registration, transcript, and diploma until they pay the past due amount in full. Send an email UPDATE NOTE: Payment plans DO NOT take off holds! Treasury Services Authorize Direct Deposit 60 Days Account Transfer Health Plan Fees Payment Options Timeline Excess Amounts are: Overpayments Financial aid Excess amounts found in tuition are automatically processed/refunded Refunds can be requested by the student, in person or on the phone but we shouldn't force refunds without consulting a supervisor. FinAid refunds should never be forced (especially before the add/drop deadline) E-mail sent to student Cash Checks Credit Cards Signature Cards To petition, students fill out the following form. Place the completed form in the box next to the supervisors desk Student Financial Services employees (not our office) handle petitions. Cash or Check + CC for some accounts A-153 ASB Provo, UT 84602 e-check (FREE!) e-payment Credit Card- 2.75% fee* -no visa* *on tuition and fees Tuition and fees are due 7 days before the first day of class each semester. Failure to pay by the Tuition Deadline will result in a hold on the student’s account restricting the ability to add additional classes. “The final date to pay tuition will be 11:59 p.m. of the Registration Add/Drop Deadline.” “Failure to pay by the Registration Add/Drop Deadline may result in the student’s classes being DELETED. Reinstatement of classes can be petitioned but tuition must be paid. If a student discontinues or drops classes, then they will be charged a reassessed tuition fee. The reassessed fee is based on the amount of time they “attended” their class to when they dropped the class. On Campus 120 Days Tuition Charge QuickPAY v. CASHNET Other Office Account Types Mail e-checks Credit Cards Cash Vouchers Dixie handles all of those The vending machine ate my money… Vending machine refund Where is Payroll? D-55 Where is an ATM? Next to the bookstore—outside Can I cash checks/make change here? No, we are not a bank ALWAYS refer the student to the originating office: Campus Accommodations: Housing Plans, Meal Plans, etc. Student Health Center: Charges related to the Student Health Center Traffic and Parking: Traffic Citations Other Charges An assortment of miscellaneous charges Collections We no longer take payments (for anything). Western Union Wire Transfers 90 Days Letter from BYU Deadlines Over the Phone All three-quarter and full-time students are required to have medical insurance. This requirement applies for the whole academic year, including Spring and Summer terms. Included situations: Deferment of enrollment (not missionary) Study Abroad Internship Health insurance is applied to the student’s Health Plan sub-account. All policy related questions should be directed to the Health Insurance Office. Sent to collections (Additional fees of 25-33%) ACH: Automatic Clearing House – directly deposits funds in authorized bank account. Check: ALL refund/excess checks are mailed to the customers Route Y address. Defaults to ‘Mailing Address’ 30 Days Tuition and Fees Accounts Items that are generally found in the tuition and fees account: Tuition Class Fees Prorated tuition fees Financial Aid and Scholarships Class Drop Fee Miscellaneous Misc. Amount is based on: Number of Credits Graduate/Undergraduate rate LDS or non-LDS Increases each Academic Year Before accessing a student’s account, you should identify the student with 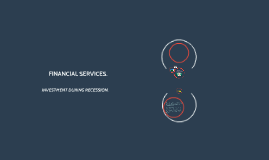 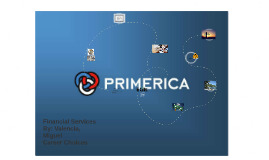 Transcript: You need to learn how to be a peoples person You need to learn how to interact with people, you need to understand your people and be there for them The school that you go to teaches you how to interact with others in your surroundings, which takes 4 days You will also get help from your coach that chose to recruit you Responsibilities... Sacrifices... Flexible Hours Gives me a chance to help out families You are your own boss Financial Services By: Valencia, Miguel Career Choices Rewards... Salary... Requirements... You will need to handle the people under you which are the people that you have recruited You need to create a schedule My Reasons... Time Wealth Freedom Bet you didnt spot out this circle XD Financial Services only pays 3,000 - 5,000 on entry After a while, you get payed as much as you work Trips around the world A time to spend with family Promotions You don't really need certifications and degrees for this career The only thing is that they check your background and see if you have any criminal records Training... Lifestyle... Family time Going out with friends The type of skills that will help in the field of this business is separating personal from professional You will need evidence that your written and oral communication is well structured, accurate and clear to show your recruits 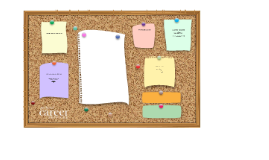 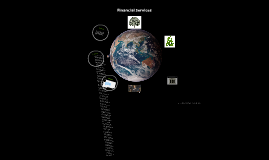 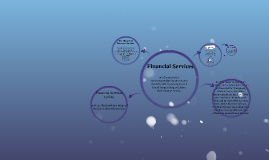 Transcript: services that provide a range of electronic financial services. is a free resource tool when looking for the latest information and sources for Mortgages, Student Loans, Annuities, Insurance policies, Gold and Silver prices and other financial tools. Financial services refer to many facets of the financial industry. The financial services industry is a collection of many different types of financial products and services. Financial Services are the economic services provided by the finance industry, which encompasses a broad range of organizations that manage money. FSO Pubs have provided financial services advisors news and marketing ideas that effect their businesses since 1996.They are the oldest publications of their kind on the Internet and are the most cost effective industry advertising available anywhere. The VSA has been described as an interactive library, but it is much more than that. It is truly a very knowledgeable assistant that can put virtually everything you need to operate a financial practice at your fingertips. One approach would be a bank which simply buys an insurance company or an investment bank, keeps the original brands of the acquired firm, and adds the acquisition to its holding company simply to diversify its earnings. Outside the U.S. (e.g., in Japan), non-financial services companies are permitted within the holding company. In this scenario, each company still looks independent, and has its own customers, etc. In the other style, a bank would simply create its own brokerage division or insurance division and attempt to sell those products to its own existing customers, with incentives for combining all things with one company. The term "financial services" became more prevalent in the United States partly as a result of the Gramm-Leach-Bliley Act of the late 1990s. General Wealth Trends The wealth gap will become less pronounced with the emergence and growth of a new middle class of consumers. Women as a Major Market Women currently control the majority of personal wealth. Additionally, women tend to live six to eight years longer than men and will need ongoing financial advice. However, about 70 percent of widows change financial advisors within a year of their husbands’ deaths. Consumer Expectations vs. Industry Standards In terms of their relationships with financial advisors, consumers are beginning to expect a fiduciary standard, even if they are not familiar with the terminology. More than 75 percent of investors expect all financial professionals offering fee-based advice to act in their clients’ best interest in all aspects of the financial relationship. The same percentage indicated they would not seek services from a broker if they knew the broker was not required to act in their best interest in all aspects of the financial relationship. Industry trends The History of Financial Services Diversity and Cultural Changes Demographic data indicate that the U.S. population is becoming increasingly diverse racially, with the Hispanic population estimated to be about 23 percent of the total by 2030 and 30 percent by 2050. Younger generations are increasingly diverse. As of 2008, 58 percent of millennials considered themselves white or Caucasian and 42 percent were a minority. Financial Services Online