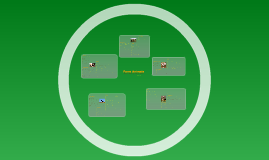 Transcript: Farm Animals Cattle Austria, New Zealand, South America, and the British Isles raise the most sheep there are pigs all over the world except the extreme climate areas raised for their meat, leather, and their hair is used for brush bristles mites mare- female over 4 chicken meat is one of the most used in the world parasites they get are leads them to water and food pigs were brought to America by early Spanish explorers eat grass and other small plants can see almost the total 360 degrees around them Sheep Breeds many breeds are in danger of becoming extinct the Oldenburg and Holesteiner are popular warm bloods in Germany cattle are sacred in India along with a few other countries they are omnivores they eat small animals that live in the area some hens can lay 300 eggs a year Reproduction she will incubate the eggs first mammal ever to be cloned ticks keeps them warm at night sheep milk used primarily in cheese and yougurt production species of the wild boar live in Ireland, India, Japan, and Siberia in some places people are hired to go out and hunt the wild pigs have a strong fight-or-flight instinct horses have been evolving over the past 50 million years ruminants- have a digestive system that lets them throw up hard to digest food to chew again as "cud" they eat bugs, seeds, and small lizards mapped by the USDA and the National Issues of Health egg bound (trying to lay oversized eggs) a hinny is the offspring of a male horse and a female donkey Penned In horses bred for speed and endurance "spirited" horses there is only one breed of "true" wild horses left chestnut, bay, and black are the main colors for horse coats 80% of cattle genes are shared with humans both male and female sheep can have horns depending on breeding cows have one stomach with four compartments one of the most widespread domesticated animals in the world horses can sleep either standing up or laying down in Rome certain chicken behaviors were taken as either good or bad omens India is ranked 1st with 20 million cattle "ewe breeds" are those that make good mothers and have good reproductive traits raised for their milk and meat cattle can't see the colors red or green. In bull fighting they are enraged by the movement of the flag, not by the color of it. they start training for a saddle at two years old horses have the largest eye of any land mammal fleas eat and kill numerous plants that are important to the ecosystem predators are coyotes and even domesticated dogs gelding- castrated male over 4 also get a dose of vitamins and minerals in their diet ox- castrated male kept for drafting use because they stay so close together sheep are fairly suseptable to diseases because of selective breeding most sheep have white fleece instead of brown like their wild ancestors mostly originated in Europe Hatching Chicks can get infected with colt- male horse under the age of 4 average life expectancy is 10 to 12 years for pasture sheep yearling- between one and two years at a given time there are around 2 billion pigs on the Earth using this information researchers can figure out what makes a good milk or meat producing cow Diseases chickens were first domesticated in India for chicken fighting, not food or eggs the eggs will hatch at about 21 days more chickens in the world than any other type of bird because sheep have an instinct to stay close to one another fences aren't necessary to keep them in a pasture if fertilized eggs will hatch in about 21 days rams at 4 to 6 months eggs come in a variety of colors depending on what type of chicken layed them Invasive Species accidentally or intentionally released into the wild also used as work animals Horses some breeds of cattle can breed with closely related animals like certain types of buffalo to create hybrid offspring she will defend the eggs from anything dries in the warmth of the nest the U.S. is ranked 4th in cattle population lice avian influenza (bird flu) ewes reach sexual maturity at 6 to 8 months of age roosters are very territorial of their hens are fed corn and a soybean meal "broiler chickens" are raised for meat production they break part of the egg and then absorb all the nutrients from the yolk before they totally exit the egg shell ancestor of the domesticated pig is the wild boar foal- horse of either gender under a year old horses live to about 25 to 30 years of age over 300 breeds of horses in the world today used for many different purposes because they have small lungs in terms of their body size pigs are more in danger of catching pneumonia humans domesticated horses around 4000 B.C. the albumen is the white part of the egg heifer- female that hasn't had a calf most only have one or two lambs Horses, Cattle, Sheep, Chickens, and Pigs Terminology stallion- noncastrated male over 4 filly- female horse under the age of 4 foraging animals Chickens nine month gestation period "ram breeds" grow fast and produce high quality meat cattle's entire genetic code is mapped out 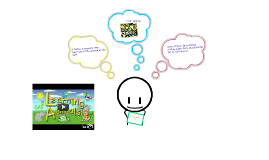 Transcript: Some of these farm animals such as a dog, chick and ducklings can be kept as pets. There are different animals that lives on a farm. Farm Animals Farm Animals A farmer is someone who takes care of the animals on the farm. 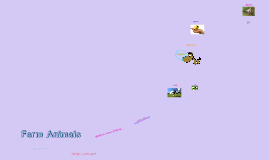 Transcript: Farm Animals Farm animals are cute. OBVIOUSLY, they live on farms, and on the farms there are animals! Here are some EXAMPLES of some animals that live on the farm! COWS, SHEEP, HORSES, CHICKEN, GOATS, PIGS, HENS, ROOSTERS, AND MAYBE IF YOU'RE LUCKY... YOU MIGHT SEE SOME RIHNOS! HERE are some pictures... cows... sheep... horses... neigh!!! chicken... Goats pig follow the arrow... 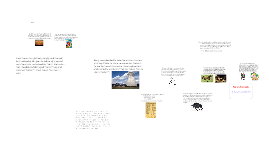 Transcript: The End The animals agreed to these laws strongly. The Next day Mr. Bones went out to check on the farm where all the animals are. As soon as he reached the barn, Harry signaled the animals to charge after Mr. Bones out of the farm. Mr. Bones ran towards the fence and then jumped over as an attempt to run out of the farm. Soon, the animals met together at night in the shed of the farm. It was a little cold, so they tried to get together the best they can. Harry the horse got on top of a wooden crate and waited for every animals to settle down for his speech. When the animals successfully threw Mr. Bones out of the farm, they celebrated in their victory for the completion of the rebellion. After the celebration, they had to choose who would be the leader of the farm. Eventually, they came down to Barry. Barry was proud of himself and decided to lead the group to a success. Everyone cheered for Barry. Farm Animals By: Kainen, Manning, Cody, and Alan Barry the bull decided to make laws. He made: 1. All animals are equal 2. Don't hurt an animal. 3. We are all friends Then the animals got very hungry and the next farm, owned by Mr. Joe started being nice and loan the animal some food for them. Then later, they invaded and destroyed the chimney, and stole half the farm. Then the animals took it back. Then all the food grew back and all the animals celebrated. Then Barry the bull left the farm to convince other farms to join them. The farm was a success and everyone lived happily ever after. There was a farm ruled only by a tyrannt, Mr.Bones(, Cody). There were animals on the farm as well. Harry the Horse(, Manning) was the strongest and also the wisest animal on the farm. Also, there was a chicken on the farm named Hillary. There was a young boar named Lardo the Pig (, Alan). Lardo had no interest into anything on the farm. Lastly there was a bull was on the farm called Barry the Bull(, Kainen). Then the animals had to make the chimney again but got very hungry and then harry the horse got sick and was taken to the hospital and then got better, came back to a party, and everyone was happy. Once the animals settled down, Harry started to make his speech. "To all the animals! We have been slaves to Mr. Bones. Ever since, we had disliked Mr. Bones and wanted freedom for all and for all to come. We will form our rebellion and exile Mr. Bones out of this farm. Do we all agree?" " Yes we will!", the animals shouted out loud. Soon, the animals made the chimney for the farm and already put it to use. The farm became better and all the animals were happy. Then everyone went to rest for the next day. The animals harvested food again the next day and somewhat got less. Harry the horse found that the farm wasn't making enough for the animals to eat. Hillary was confused and soon lefted the farm and was never heard again. Barry soon decided to have the animals make a chimney. It was to make resources for the farm to use. So the animals came into an agreement and started to build a chimney for the animals to use in the farm. 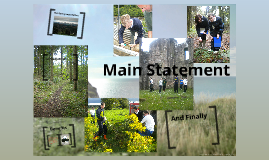 Transcript: Photo based on: 'horizon' by pierreyves @ flickr And Finally Introduction benefits of this course are it shows and gives experience for those who wish to go on and get courier in the farming or environmental line of work. the farm presentation Main Statement Benefits 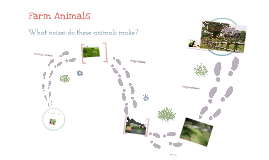 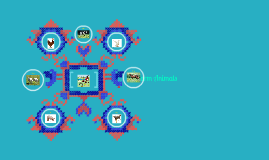