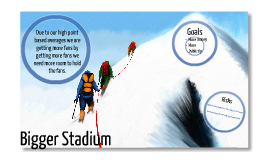 Transcript: Due to our high point based averages we are getting more fans by getting more fans we need more room to hold the fans. Goals More money More Publicity Risks debt on the stadium ( if we take out a loan ) lossing money if our team goes down hill Bigger Stadium 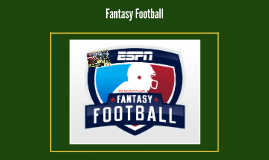 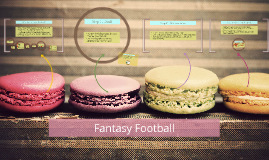 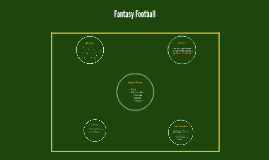 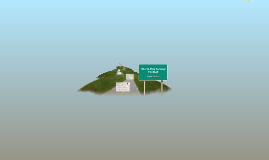 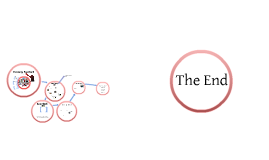 Transcript: Fantasy Football By: TJ Douglas What is Fantasy Football? Definition Fantasy Football is a virtual competition where you manage a football team with players from the NFL. How to start. It is very simple to start Fantasy Football. First you need to register on a web site. (NFL.com) (Yahoo.com) or (ESPN.com) After that just join a league and make sure you remember the draft date and time. Be prepared for the draft There a plenty of ways to get help on which players to draft. There are entire TV shows on the ESPN Networks based on Fantasy Football, magazines telling you who to draft, and the web site usually has a draft board based on projections for the upcoming year. Drafting A draft is a pool of players that are eligable to be selected by a team. Most leagues allow you to start one QB, two RB's, three WR's, one Tight End, one placekicker, and one team defense. Then you are left with six bench players Running Backs will most likely lead your team in scoring, so it is very important to draft a quality running back. The second position to go after is Quarterback. They will most liekely get your team the second most fantasy points. The third most important position to get a quality player is at Wide Reciever. Tight End is an expanding position in the NFL, so this position has become increasingly important factor over the years One postion that often goes over looked is the kicker, but these points could be the difference in a close game. And the last position to go after is not actually a position, but an entire side of the ball. This is the Team Defense. It is easy to find a solid defense because usually they are well known and consistant. Things to remember! The draft is usually a snake style which means if you have the number one pick, you have to wait until the last pick of the second round to pick again. Don't draft based on your home team. Just because you love Detroit, doesn't mean you should fill a team with Lions. Pay attention to injuries and changing in team personel. Nothing hurts a QB more than a new Offensive Coordinator. Scoring! Scoring is based off of what a player does in real life. If a player goes out and scores two touchdows, with 100 recieving yards, then his stats get tranlated into points for your team. In most leagues you get a point for every ten yards the player gains. This player would have 10 points off of yards. Every touchdown is six points. This player would have 12 points in touchdowns. The grand total is 22 point this player added to your team, which is a pretty solid score. 1 point for 25 passing yards 1 point for 10 rushing yards 1 point for 10 receiving yards 6 points for a touchdown 4 points for a passing touchdown -2 points for every interception thrown or fumble lost 1 point for each extra point made 3 points for each 0-39 yard field goal, 4 points for each 40-49 yard field goal, and 5 points for each 50+ yard field goal 2 points per turnover gained by defense 1 points per sack by the defense 2 points for a safety by defense 6 points for each touchdown scored by defense Running Backs will usually get your team the most points becuase they get the ball quite often. Making Moves The Most important factor for success is consistant updating of your roster. You can add players that are currently not on a fantasy team. Once you add a player to your roster, you must drop a player also. You must have a certain amount of players on your roster. The Bye Week! A bye week in the NFL is a week where a team does not play a game. The players love it in real life, but it is an obstical in Fantasy Football. Every player is going to have one bye week, so make sure you can adjust accordingly. It is a bad idea to have too many players from the same team on your roster due to the bye week. Injuries! Injuries are a huge part of football. They will happen! Nothing is worse than having one of your star players hurt, except for having your star player hurt and forgetting to put him on the bench. Trading! It is a good idea to address your team needs by shopping around other rosters in your league and proposing a trade. It is important to try and help the other party while trading, otherwise the trade will most likely be denied. Example: I have three Quarterbacks, and need one more Running Back. Find a team in need of a Quarterback with an extra Running Back and propose a deal. This trade would help both parties. Weekly Adjustments Usually the reason for making changes to your roster is from a gut feeling. Go with your gut! If your star Running Back is going up against the Baltimore Ravens then it might be a good idea to start a Running Back who is facing a weaker defense. This could come back to get you, because your star could have a huge game, but thats what Fantasy Football is about. Managing a team the way you want to. Pay attention to the sporting news, and look out for any big stories. Some players won't be on a fantasy roster in your league because of low playing time, but if this player is 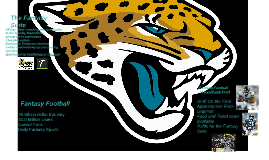 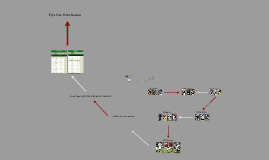