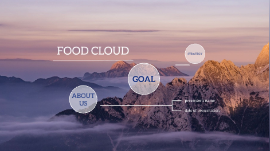 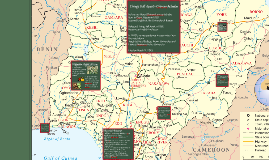 Transcript: - Marriages were discussed in depth as they brought families & entire villages together - Most husbands practiced polygamy - Igbo women lived in separate houses, cooked for themselves, and raised their own children - Unhappy women could leave a marriage - Ministry Focus: Christian education, evangelism and discipleship, and leadership development. - 12% of people on mission settlements were actually there for religious reasons. Many people just wanted material resources or their own satisfaction that they were doing the "right" thing. - Missions were successful when they focused on helping Nigerians agriculturally rather than spiritually. Things Fall Apart- Chinua Achebe Tribal Life: Full name- Albert Chinuanlumogu Achebe Born in Ogidi, Nigeria in 1930 Learned English at the University of Ibadan Released Things Fall Apart in 1958 Became an English Professor In 1990's he was paralyzed in a car wreck from the waist down. Taught at Bard College, Brown University, and David & Marianna Fisher University Died on March 21, 2013 -Lack of centralized political structures -Lived in autonomous villages & towns, ruled by their elders -Organized in patrilineages -Democracy was obtained through a council of elders, age groups, councils of chiefs, women’s associations, and secret societies Nigeria: Agriculture - The south states, such as Ibo, grow Cassava, yams, and plaintains. The cash crops are palm oil, coccoa, and rubber. - Nigeria had problems uniting as a single state - North and the South regions had very different cultures, religions, and histories which created many problems. - Britain managed to rule Nigeria for 46 years before Nigerians gained independence in 1960. - Nigeria experienced much growth due to Britain: roads and railroads built, telegraph and postal system, and many exports of cash crops. - Britain did not benefit the Nigerian people by: heavily taxing the people, and showing a disrespect for their local customs. Marriage Customs: Nigeria: Geography -800 B.C.- Jos Plateau settled by the Nok people an iron age civilization -1472 A.D.- Portugese navigators reach Nigeria -16th-18th centuries- slave trade: millions of Nigerians shipped to the Americas -1850s- British establishes presence around Lagos - 1861-1914 - Britain consolidates its hold over what it calls the Colony and Protectorate of Nigeria, governs by "indirect rule" through local leaders. -Today: Nigeria's military fights Islamist militants Boku Haram Missionary Involvement in Africa: - Atlantic coast of central Africa bordered by Niger, Chad, Benin, and Cameroon - Wide range of climate variations and varieties of vegetation - Dry plains in the north -Savannah in the central hills and Plateux -Tropical Rainforests in south lowlands - Mountains to the southeast Igbo Religion: British Colonialism and Nigeria: 1900-1960 - Missionaries were the first Europeans to make their way into Africa. - Chukwu (the supreme being) is everywhere at the same time--therefore there are no shrines or altars for worship - Ekwensu=trickster god who caused problems - The ikenga = a wooden carving that symbolizes a man’s strength & success--a priest invokes a spirit into it & the men consult it for advice - Chi = a person’s personal god…follows you throughout life and can be either malevolent or benevolent…but chi does not control destiny - Savannah is suitable for growing sorghum, millet, maize, groundnuts, cotton Nigeria History: 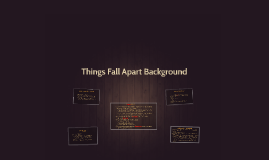 Transcript: Civilizing the "Uncivilized" Religious and Cultural Beliefs British Colonization Live in southern Nigeria There was no single ruler Each village had their own group of male leaders A man's title determined how rich and power he was. The better the title the better the riches and powers. The only power women had was religious based The British considered the natives "uncivilized" and brought in two groups of people to "civilize" them Governors Ruled the land under British law The village chiefs were to answer to them and carry out the British laws Missionaries Due to the belief that their culture and religion were "superior" the British had missionaries come to deal with the cultural aspects of the natives Tried to convert natives to Christianity and completely get rid of their cultures for a more "civilized" approach Done not solely to help the natives but to make life easier for the British Many times they were faced with resistance which sometimes led to violence At the turn of the 20th century, when this story takes place, the British wanted control of Africa for a few reasons Power Natural resources Land Trade routes The more land the British seized, the richer they became Ibo People FONTS Things Fall Apart Background Achebe published the novel in 1958 to give another side to the British colonization of Africa Nearly everything written before this showed the native Africans to be "savages" or "uncivilized" Achebe wanted to prove that this was not true and that the natives were just different from the British The story centers around Okonkwo, one of the village leaders of Umuofia The story is divided into three parts Before the British Start of British influence Result of British influence The story also centers around Okonkwo's desire to appear powerful and never weak Chinua Achebe Polytheistic (many gods) religion The gods controlled everything from rain to drought The Ibo people would have many festivals to celebrate many things One centers around the first yam harvest They also have what they call "The Week of Peace" 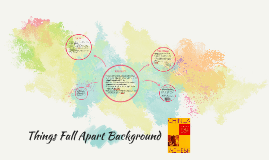 Transcript: Colonization The Ibo worshiped gods who protect, advise, and chastise them. Not only did the gods advise the Ibo on community matters, but they also guided individuals. Each person had a person god, or chi, that directed his or her actions. A strong chi meant a strong person; people with weak chis were pitied. Things Fall Apart was published in 1958 just prior to Nigerian independence, but it depicts precolonial Africa. Achebe felt it was important to portray Nigerians as they really were. The story takes place in the typical tribal village of Umuofia. Achebe calls the inhabitants Ibo (but they were also known as Igbo). They were a hunting and gathering society who existed on vegetables. Yams were their primary crop. Yams were so important that they celebrated each new year with the Feast of the New Yam. This festival thanked Ani, the earth goddess and source of fertility. Yams also played a part in determining a man's status in the tribe- the more yams a man has, the higher his status. Achebe intended the book for audiences outside of Africa. He wanted to paint a true picture of life in Africa. The Nigerian educational system sought to encourage a national pride through the study of Nigerian heritage. The educational system required Achebe's book in high schools throughout English-speaking countries in Africa. The book was well-received. The Ibo Nigerians were frustrated by the implication that they were subjects of a monarch living 4000 miles away. In 1963, five years after Achebe's novel was published, a new constitution replaced the British monarch with a Nigerian president. English Bureaucrats Nigerian Independence British rule lasted from 1903- 1960. The regions (northern, southern, and western) were brought under the administration of one legislative council. There were three major tribes (Hausa, Yoruba, and Igbo), and eight smaller ones. This diversity complicated unifying Nigeria. In 1960, Nigeria attained status as a sovereign state and member of a British Commonwealth. The Queen of England was still head of state. Things Fall Apart Background Tribal Society Within the village, people were grouped according to families. The eldest man in the family had the most power. On matters affecting the whole village, an assembly of adult men debated courses of action. The assembly was called Egwugwu If any violence occurred against white missionaries or bureaucrats, British soldiers would often slaughter whole villages instead of seeking out and punishing the guilty. The British passed an ordinance legalizing this practice in 1915. One of the more important results of colonization was the division of Africa into at least fifty nation-states. Africans lived according to political boundaries, and with different languages and livelihoods. Gods After centuries of taking slaves out of Africa, Britain outlawed the slave trade and began colonizing the continent. Missionaries sent to convert the locals were the first settlers. They believed they could atone for the horrors of slavery by saving the souls of the Africans. At first, Africans mistrusted the missionaries and took advantage of the free education without converting. Weaker individuals soon converted. Missionaries convinced tribesmen that they worshiped false gods, and their ranks grew. The Village