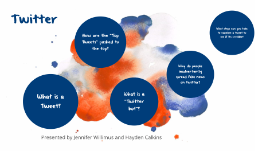 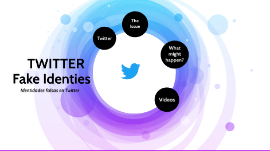 Transcript: Fake Identies Identidades falsas en Twitter TWITTER Twitter What is it? Is an American online news and social networking service on which users post and interact with messages known as "tweets". Tweets Tweets Tweets were originally restricted to 140 characters but on November 7, 2017, this limit was doubled for all languages. The service rapidly gained worldwide popularity. In 2012, more than 100 million users posted 340 million tweets a day, and the service handled an average of 1.6 billion search queries per day. In 2013, it was one of the ten most-visited websites and has been described as "the SMS of the Internet" Trend & Hashtags Trend Whats is fake News on Twitter? Fake Information? Fake accounts? People who want to harm others People whose purpose is to make fun of others #wikileaks and #occupywallstreet are very common to find, also #USApresidentialelections in these moments we can be victims of false news. The Issue Fake Identities How can the compamy determine which accounts are fake and which are not? Does the reporter agree? Y/N Do you agree? Y/N Why? Fake or not What Fake means? Fake news, Fake message, Fake individuals Fake Message People who delivers the wrong informarion Fake Individuals Identity problem Fake news Unreal or unaccurate news What happened to fake accounts? Twitter cracked down fake and suspicious accounts. 70.000 account users were blocked by twitter How to know if fake accounts are real or not? How to identify them? Co. D Twitteraudit.com - tells the number of fake account ones can have. Analitics.twitter.com - tells where ones followers come from What might happen? If twitter... starts blocking accounts, people might turn into different social media platforms. Which other Social Media platforms do you know? The First Amendment USA People have the right to free speech, the right to free expression. But free expression doesn't mean much if people don't feel safe. Do you think that twitter expresses this right? Yes/No - why? Videos Videos 1. https://www.youtube.com/watch?v=4YV1cWAp4rc 2. https://www.youtube.com/watch?v=3cE_-EYRnbc 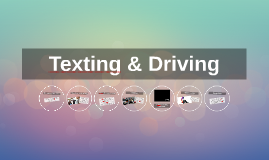 Transcript: A study in 2017 showed that the average person spends 2hrs and 51mins a day on their phone. Which is 80+ hours a month. Time spent on smartphone The National Safety Council reported that cell phone use while driving leads to 1.6 million crashes per year. About 390,000 injuries are reported each year due to texting & driving. Total of 263 teens deaths from texting & driving accidents in 2016. Texting & Driving Simulator Time spent while driving Texting & Driving "Texting and Driving Accident Statistics" EdgarSynder.com Edgar Synder & Associates. Copyright 2002-2018. "Turns Out, A Horrifying Number of People Use Their Phones While Driving." Aarian Marshall WIRED.com. April 17,2017. When texting & driving you're 23x more likely to get into an accident. You're 6x as likely to get into an accident texting than drinking & driving. 1-4 car accidents in the U.S. are caused by texting. Estimated about 660,000 drivers use their phones while behind the wheel per day. Texting + Driving = Accidents Work Cited A driving analytic study found that drivers are using their phones for about 88% of their travel. About 3 1/2 minutes for every hour of driving. Answering a text takes about five seconds, while traveling at 55 mph, that's enough time to travel the length of a football field Fatalities Ways to stop Shut your phone off before entering a vehicle. Put your phone on airplane mode. Place your phone on the passenger side floor to avoid distractions. Buy a phone holder for your car. 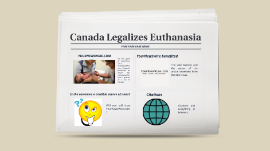 Transcript: FAKE FAKE FAKE NEWS Canada Legalizes Euthanasia YOURNEWSWIRE.COM On the 22nd of November 2017, YourNewsWire.com allegedly published an article that euthanasia for kids is passed as a law in Canada. http://yournewswire.com/canada-euthanasia-parents-disabled-kids/ Who made this? The article was published on several sites including "yournewswire.com." It was made by a journalist named Sean Adl-Tabatai and is categorized in site as a world news. The main article where it is derived from is Wesley Smiths, "Canada Child Euthanasia: A Matter of Time? The target audience of the article are parents, children, and also the doctors, especially the pediatricians that specializes children. Who is the target audience? YourNewsWire benefited The said website and the author of the article benefited from the fake news. Children with disabilities are to be affected if the fake news about euthanasia for children is spreaded out. Also, there will be less people that would trust doctors and hospital about their child. Citations Citations and everything in between. Works Cited Fact check done https://www.snopes.com/fact-check/did-canada-legalize-euthanasia-children-disabilities/ Thinking Icon https://www.google.ca/search?rlz=1C1GCEA_enCA758CA758&biw=1707&bih=781&tbm=isch&sa=1&ei=K5OhWppW55X9Brm_hagD&q=thinking+icon&oq=thinking+icon&gs_l=psy-ab.3..0l10.4445.8167.0.8511.13.9.0.4.4.0.79.602.9.9.0....0...1c.1.64.psy-ab..0.13.643...0i67k1j0i10k1.0.97slUiXVqtg#imgrc=i8Y5lCsQRpTe1M: World Icon https://www.google.ca/search?q=world+icon&rlz=1C1GCEA_enCA758CA758&tbm=isch&source=iu&ictx=1&fir=D0J91U-SOccFwM%253A%252CXbnJAkSTcqOjiM%252C_&usg=__9zlB4rdizV6HTAvI7N756LEgPIM%3D&sa=X&ved=0ahUKEwiyidnXhN_ZAhWB7VMKHYTKBqoQ9QEILDAC#imgrc=UArXuUo878gjRM: YourNewsWire image, baby image, and article http://yournewswire.com/canada-euthanasia-parents-disabled-kids/ Is the newswire a credible source of news? Will you still trust YourNewsWire.com? A fact check was done by Snopes.com People know Snopes.com of checking the credibility of news's we see in the internet. After people have reacted to the article of YourNewsWire, a thorough understanding of the news was done by snopes. https://www.snopes.com/fact-check/did-canada-legalize-euthanasia-children-disabilities/ 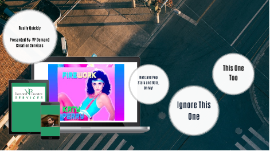 Transcript: Twitter Social media platform or digital tire fire? Really Quickly Presented By: VP Demand Creation Services Real Users? 336 million monthly active users 67 million MAUs in US Katy Perry - Over 108 million followers Twitter Users Katy Perry How Many Twitter Users Are There? Fake Users? Lots and Lots of Bots USC and Indiana predict 9%-15% of Twitter users are automated bots That's about 50.4 million bot accounts on the platform University of Southern California Indiana Yeah, So What? Bots and Pop Stars and Bots, Oh My! It's a big deal, man. The Challenge It's a Whole Lot of Noise 66% of all links shared on Twitter are from bots Majority of content on Twitter is from non-humans What bots look like. Probably. The Solution Focus on Your Content Quality content is king Don't stress about follower count Worry about genuine interaction with individuals The Plug Thanks for Watching vpdemandcreation.com @vpdcs wes.sovis@vpdcs.com Ignore This One OUR CUSTOMERS CUSTOMERS CUSTOMERS TESTIMONIALS MARKET TRENDS This One Too DATA # of shares DATA Per month (2016) WE ARE ON THE RISE COUNTRY NAME COUNTRY NAME ALL OVER THE WORLD 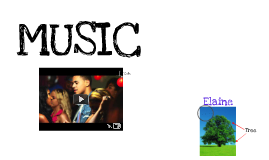 Transcript: Elaine Tree Every year millions of trees are planted They help us live because they produce oxygen and without oxygen very single one of us would die. MUSIC J Cole 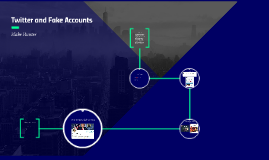 Transcript: -2,752 russian linked accounts -36,000 bots 1.4 million tweets Sources Blake Hunter How they get started What is a Fake Account? How to spot a fake account -Someone posing as another person -purposeful -Often political Lets get political -https://www.teenvogue.com/story/donald-trump-retweeted-a-reportedly-fake-twitter-account -https://www.buzzfeed.com/tanyachen/basic-white-girl-accounts?utm_term=.gfogL972v#.vhvKYyOAL =http://www.philly.com/philly/news/politics/presidential/russia-fake-twitter-facebook-posts-accounts-trump-election-jenna-abrams-20171103.html https://www.nytimes.com/2017/11/01/us/politics/russia-technology-facebook.html?_r=0 Quick Facts Twitter and Fake Accounts