Transcript: Exploring the question Knowledge question Knowledge claims Ethics - moral principles that govern a person's behaviour or the conducting of an activity. In our case - the branch of knowledge that deals with moral principles. To what extent is ethics affected by cultural background? TOK Presentation - Lana Butorović Real life situation Our interpretations of what is justifiable and ''right'' are shaped by our own culture. Should our actions be considered unethical by someone from a different culture even though we have a valid basis for them? They affect our priorities. Quick facts To the Hindu, the cow represents all other creatures. Hindus believe that all living creatures are sacred—mammals, fishes, birds. The cow is more, a symbol of the Earth. It always gives and feeds, representing life and the support of life. Cultural background - the ethnic, religious, racial, gender, linguistic or other socioeconomic factors and values that shape an individual's upbringing. http://edition.cnn.com/2016/06/19/opinions/china-yulin-dog-meat-festival-outrage/ Definitions But... ''To millions around the world, including some people in China, these dogs are friends and companions -- never to be abused or eaten.'' 1. Existed since 2010 2. Around 10 000 dogs are slaughtered each year 3. The Chinese believe eating dogs brings good luck and health 4. There's no animal law protection in China 5. It went viral in 2014 and saved around 9,000 dogs Ethics vs. cultural background Opposing argument to RLS 1 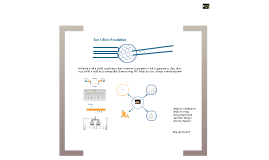 Transcript: A family with a child requiring a bone marrow transplant wish to guarantee that their next child would be a compatible donor using IVF. What are the ethical considerations? Andrew Harbourne Andrew King Amy Charleston Caroline Whyte Aneesa Taimor Any questions? 2008 Ethical theory Anna: “They don't really pay attention to me, except when they need my blood or something. I wouldn't even be alive, if it wasn't for Kate being sick.” My Sister’s Keeper http://www.hfea.gov.uk/PressOffice/Archive/12343225 Total PGD/PGS patients Prima facie principles Kant says -'never use people as a means but always treat them as an end’. BUT…saviour siblings are not merely/ solely being used as a means for curing a condition, the saviour sibling is a child in its own right and will/should be treated as such by the family Key issues Human Fertilisation and Embryology (HFE) act amended 2001 YES, the saviour sibling once born has human rights like any other individual According to the Human Rights Act 1998 Article 9 states that everyone has a right to Freedom of thought, conscience and religion. The latest data collection for PGD figures took place in 2009 Only data from 1999-2004 was available The licence issued by HFEA for PGD tissue typing in 2001 was deemed unlawful when Comment on Reproductive Ethics (CORE) won a High Court Judgement on the grounds that PGD must only be used in the interests of the child to be conceived. Do these scenarios have good intentions? If children are created for the purpose of tissue donation, are they being used as a commodity? Immanuel Kant “Human beings should be treated as an end, not solely as a means” If we consider this to be a ‘slippery slope’, what could it lead to? (i.e. The Island – creation of harvestable beings – clones for the purpose of organ donation) In respect to the recipient Beneficience – “do good” Beauchamp and Childress state this upholds a number of specific rules: Protect and defend the rights of others Prevent harm from occurring to others Remove conditions that will cause harm to others Help people with disabilities Rescue persons in danger Beneficience encourages affirmative action 1989 Regulation of PTT Genetic testing Condition not licensed before – application to Licence Comittee of the HFEA If condition licensed previously – executive licensing committe – faster decision Tissue donation once child born – regulated by Human Tissue Act The law re PTT “Traditionally, parents made decisions for a child, because presumably they are looking out for his/her best interests. But if they are blinded, instead, by the interest of another one of their children, the system breaks down” My sister's keeper. 2008 – parliament agreed that PTT was an acceptable form of embryo testing but should be overseen by the Human Fertilisation and Embryology Authority (HFEA)through a system of licensing. HFEA is the regulatory body of the Human Fertilisation and Embryology Act Remit of HFEA ends once an embryo is transferred and there is a positive pregnancy test 3 12 4 28 62 47 Physical Court of Appeal allows tissue typing for human embryos under strict conditions 1991 Non-maleficience – “do no harm” Beauchamp and Childress also state that this upholds several rules, including: Do not kill Do not cause pain or suffering Do not incapacitate Do not cause offense Do not deprive others of the goods of life Non-maleficience prohibits ‘wrong’ action Total PGD/PGS cycles PREIMPLANTATION GENETIC DIAGNOSIS in CONJUNCTION WITH HLA-TYPING To improve the life/ cure a disease of the terminally ill child To prevent the terminally ill child's siblings suffering further To alleviate the emotional trauma of the family unit having to deal with the death of a child Conflict between saviour sibling and family regarding participation in treatment- to what extent can they make decisions regarding what happens to their own body? Psychological, social and physical impact on the child Meaning “good/well born”, describes the ‘self-direction’ of human evolution by controlling patterns of breeding and reproduction Ethical problems arise from defining good traits (i.e. Sickle cell genes may cause disease when two copies are present, but confer resistance to malaria when only one is present – is Issues also arise from who controls the process and how it is conducted (e.g. the Nazi party aiming to produce an Aryan population) Further difficulties include discrimination of undesirable traits (i.e. in Gattaca, ‘in-valids’ are born without genetic selection, and are limited in terms of job prospects, social status etc.’ However, this process already exists in society to some extent (an example being Down’s screening) If parents are required to pay for preimplantation genetic diagnosis with tissue typing, is it fair that an affluent family is able to cure their child, whilst a less affluent family is not? Establishment of the Human Fertilisation and Embryology Authority (HFEA) Intention So far 10 conditions have been licenced for 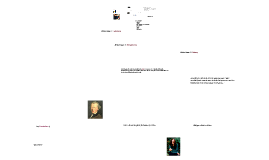