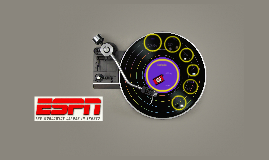 Transcript: Introduction American cable TV network producing sport-related Programmes TV and Radio Programming 24 hours a day young males to a wide range of advertisers audience History Bill Ramussen, the sport announcer, started the network Started broadcasting in September 7, 1979 Steve Bornstein became the new president and CEO in 1990s The launch of ESPN radio network in 1991 Second cable network in 1993 Highest position in cable TV ratings in final quarter of 2002 Broadcasting in HD in March. Ownership 80% ABC Company, which owned by Disney Waltz Company 20% Hearst Corperation In 1979, financing came from Getty Oil In 1998, new long-term contracts with the National Football League and the National Hockey League Progress and Shift Officially lauched ESPN Deportes and ESPNEWS in April 2011 Launched of an innovative sports app in Britain Laws and Regulation In 2013, Chris Broussard comments about NBA player, Jason Collins. Greg Easterbrook was fired after writting the weekly tuesday morning quarterback in 2003. Future Plans FIFA World Cup in 2014 Plan to be 4K leader Aming on another 30 for 30 film series in the beginning of October will produce Nine for IX Conclusion ESPN has made it to be the best leading sport TV in America Thank you 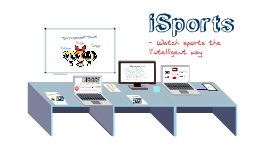 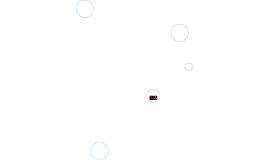 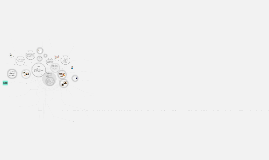 Transcript: 1. What was one of the main obstacles of white settlers moving west? Why?! One obstacle of moving west was the indians. This is because, the indians did not want the whites to live and move onto their land. 2. Who played a major role in acquiring Indian land?! Andrew Jackson played a major role in acquiring Indian land. 3. List some of the ways the United States acquired land from the Native Americans.! Three ways that United States gained land was force, voluntarily, and treaties. 4. In 1823 the Supreme Court stated, “Indians could occupy lands within the United States, but could not hold titles to those lands...” What does this mean?! This meant that they could be on the land and live on the land, but they could not own the land. The land was the governments or the whites. 5. Although most Native American Tribes resisted relocation some did move voluntarily. Why?! They gave land voluntarily because, the indians thought that if they gave them some of their land that they would be able to keep some of it. But, that didn’t work out 6. What were some of the non-violent strategies used by the Indian nations to resist relocation?! One method was to adopt Anglo-American practices such as large scale farming, Western education, and slave holding. 7. Describe Andrew Jackson’s attitude toward the Native Americans.! Jackson's attitude toward Native Americans was paternalistic and patronizing. He viewed the Indians as children, and thought that his opinion was correct. He believed that if they were to remove the Indians it would benefit them too. If they could be far enough away to govern themselves, and not bother the United States. Many saw this as an excuse to brutalize the Indians. 8. How many Native Americans had been removed by the Jackson administration and how much land had been gained?! The Jackson Administration has removed around 46,000 Native Americans. He also gained around 25 million acres for white settlers. Benchmark 4 Content Expanding west brought many successful outcomes to the American people. No one really knew what was out West. However, the travelers got very lucky and discovered the rich soil in the west. Not to mention the plentiful amount of rain they get. The soil and climate made growing good crops an easy thing. Also expanding west brought many new resources, such as timber, water, precious metal, salt, limestone, and many other things to sell or trade. The most important, was gold. The California gold rush brought thousands of money crazed people to California. The gold rush gave a name to the state, people realized how great the West was. The expansion also bought many chances of opportunity. Because of the unknown land, there were jobs that needed to be taken up. Starting your own business was a huge opportunity, especially when the demand for your product is high. Most businesses didn’t sell things like candles, they mostly sold cattle, timber, metals, and tools. The daily necessities the people sold make some families very wealthy. Another aspect of the west made some very happy, and other not so much. That aspect was authority. Unlike the colonies, there wasn’t anyone to enforce the rules and restrictions. This made some families rich off of theft and robbery, while others were executed for their insubordinate actions. Overall the excruciating pain and struggles some people went through to get out West was worth it. Bill Rasmussen was fired from his job as the communications manager for the New England Whalers. Bill, being the sports fanatic he is immediately started talking to Ed Eagan about starting a sports network for Connecticut. Putting away his furious emotions, he asked the owner of the Whalers if they would be the main aspect of the network. The Rasmussens and other assets of the company started to seek out support from other cable operators. They began to pitch their Idea in June of 1978, inviting 12 representatives of other cable companies to a conference. no one really respected their idea, but 5 representatives did come. Then they invited 35 reporters, but only four came. Those four reporters were not enthusiastic about the idea at all. One man thought that the company was going no where and left immediately, leaving only the three. They couldn’t find a cable company that would take this big of a risk. So they rethought their idea. The father and son thought that they would make the show broadcast 24 hours a day, with a 30 minute live act on sports. They would have trucks to transport them around to various locations to broadcast the events. Eventually they came up with a plan. The first show aired on September 7, 1979 at 7:00 p.m. The debut had about 30,000 people watching. However, the show was not an instant hit. In the early years, financially, ESPN struggled. They ended up getting 6 million in investments and that helped build the company back up. The company was bigger and better, and was a major hit this time. There has been many ups and downs throughout the 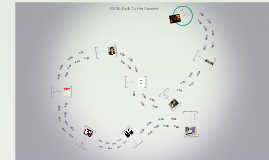 Transcript: ESPN wins 11 Sports Emmy Awards, its most ever and, for the second time (1994) the most of any network. ESPN televises the Major League Baseball playoffs, marking the first time the playoffs are on cable ABC purchased 15% from Getty oil and is given the option to obtain as much as 49% by 1986. ESPN awarded its first live college football agreement, 15 prime time college association games. Outside the Lines premieres Steve Bornstein is named President and CEO of ESPN, replacing Roger Werner First ESPY Awards held in New York ESPN acquires the sports programming and sports sales of OCC ESPN2 launches in 10 million households ESPN begins broadcasting 24 hours a day, seven days a week. 1993 1990 1984 1978: The Beginning Roger L. Werner succeeds Bill Grimes as President and CEO of ESPN. ESPN international was created. espn.go.com/espninc/pressreleases/chronology.html ESPN goes european ESPN acquires NASN, Europe's only channel of North American sports. 1988 1996 ESPN: Path To the Present ESPN breaks triple-digit barrier(millions) for U.S household distribution in February 2011, followed closely by ESPN2 Bill Rasmussen (left) started Espn , the Entertainment Sports Programming Network, in 1978, in order to deliver sports new to the rest of the world via satellite. 1980 2011 2006 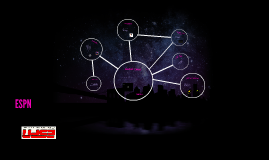 Transcript: ESPN INTRODUCTION American cable TV network producing sport-related Programmes TV and Radio Programming 24 hours a day Young males to a wide range of audience HISTORY Bill Ramussen, the sport announcer, started the network Started broadcasting in September 7, 1979 Steve Bornstein became the new president and CEO in 1990s The launch of ESPN radio network in 1992 Second cable network in 1993 Broadcasting in HD in March. PROGRESS AND SHIFT Officially lauched ESPN Deportes and ESPNEWS in April 2011 on WatchESPN. Launched of an innovative sports app in Britain LAWS AND REGULATIONS In 2013, Chris Broussard comments about NBA player, Jason Collins. Greg Easterbrook was fired after writting the weekly tuesday morning quarterback in 2003. OWNERSHIP 80% ABC Company, which owned by Disney Waltz Company 20% Hearst Corperation In 1979, financing came from Getty Oil In 1998, new long-term contracts with the National Football League and the National Hockey League FUTURE PLANS FIFA World Cup in 2014 Plan to be 4K leader Aming on another 30 for 30 film series in the beginning of October will produce Nine for IX CONCLUSION ESPN has made it to be the best leading sport TV in America THANK YOU, XX 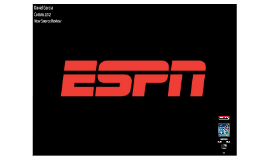 Transcript: In comparison to other sports magazines, ESPN gives you broader features such as playoff previews, personality profiles, and photo spreads. The editorial focus of ESPN Magazine plays off the news and includes what happens in sports and which match-ups and young players to look out for. Also, ESPN emphasizes both the humor and fun of both mainstream and off-beat sports. The first issue was published on March 11, 1998, and each issue was $1.00 ESPN Top-selling Covers Wanna go digital? Here is some information about ESPN The Magazine you'll like to know! When was the first Issue? Who is the Publisher? Comm 202 David Garcia Target Audience NOT SO BAD HUH? This is just in the U.S. but they are also present in 61 other countries, with 7000 employees (worldwide) How often does it come out? New Source Review Main Sports Covered Is a biweekly (every two weeks) sports magazine Published by the ESPN sports network in Bristol, Connecticut Main sports covered Major League Baseball, National Basketball Association National Football League National Hockey League College basketball College football ESPN mainly targets young, active men whose lifestyles include watching sports, attending games and participating in different types of athletics. The first issue was published on March 11, 1998.