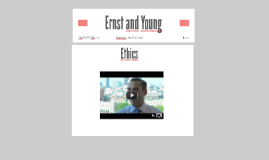 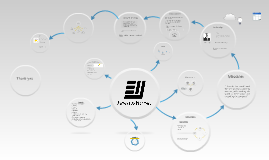 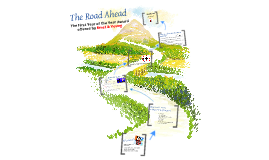 Transcript: The Road Ahead 2.Work: "It's all hard work.Nothing comes easily but I have a lot of fun" (Rupert Murdoch) What can I achieve from the summer internship? Following the 8 traits to success... AMBITION PERSEVERENCE STRIVING FOR EXCELLENCE PERFECTIONISM TEAMWORK PASSION CREATIVITY AND INNOVATION COMMUNICATION 6. Serve: My work brings benefits to the society I live in. Why Ernst and Young? Frontline exposure to real work and to professionals with valuable experience; Reputation; Who am I? 4.Focus: Finding the perfect balance between UN conferences, volunteering activities and career development. Symbol of ambition and success; Career opportunities; offered by Ernst & Young The First Year of the Year Award Following the 8 Traits to success... originally coming from Romania; 8. Persistance: Have the strength to persist through failures or difficult times. studying Bsc Business Administration at the University of Bath; Global exposure; 1. Passion for business 5. Push: "You have to push yourself through shyness and self doubt and fight for what you want" (St Richard John) Create a social network by participating in the International Intern Leadership Conference; Why should I be the undegraduate of the year? Discover the Ernst&Young culture; Thank you. Questions? Gain experience and develop my soft skills; Experience; 7. Ideas: Have ideas and dare to put them into practice. Stefana Covalciuc : 2nd year student; 3. Practice: Once I put my nose on something, I want to get damn good at it. 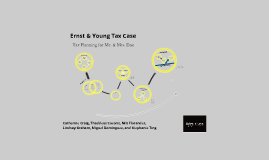 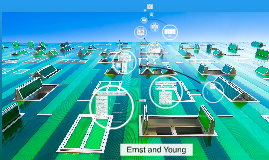 Transcript: Ernst and Young Assuming Ceteribus Paribus..... The following graphs demonstrate the demand curve for the US segment of business per 2012 to 2013. As shown, you will see a leftward shift in demand for both the Assurance and Tax segments of business and a rightward shift in demand for the Advisory & Transactional Advisory segment. Which leads us to wonder...."How does a business experience increased revenues when demand decreased in two segments that make up overall business? Because Ernst and Young offers a wide range of services and overall clients are comprised of larger industries and corporations, there are a limited amount of choices for their clients to choose from. Therefore, Ernst and Young has an inelastic demand which enables the firm to raise prices and still increase overall revenue. This was demonstrated in both the Assurance and Tax segments of US business. Ultimately, an inelastic demand would represent an elasticity coefficient <1. Some examples of fixed costs that Ernst and Young incurrs are: Rent on office space Interest on Notes Payable Business Insurances Depreciation of Assets Furniture Office Equipment Some examples of variable expenses that Ernst and Young incurrs are: Labor- employee wages and salaries Human Capital Investments-ongoing training, tuition reimbursement, intern programs. Office Supplies Advertising Recruiting Reimbursement of Employee expenses; exam. Travel Political and Lobbying Contributions What? Political and Lobbying expenses? Revenues can be examined on multiple levels as operations span 150 countries worldwide. I have chosen to present both Global revenue and US revenue for 2012 and 2013. Ernst and Young has a fiscal year ending June 30th. Per 2012: Global Revenue = $24.2 Billion with the United States representing $8.2 Billion Per 2013, Global Revenue reached $25.8 Billion with the United States representing $9.1 Billion In the news.... Ernst and Young has agreed to pay Lehman Brothers $99 million, as a result of a lawsuit brought by former client claiming the firm misstated financials. Ernst and Young has denied liability but the resulting settlement will have an impact to the firm overall. First of all, the settlement of $99 million represents an additional variable cost the busines will incur. This will have an impact on future profit as it will now be offset by the additional expense. In the long run, new variable costs may be added if Ernst and Young analyzes current policies and puts in place new directives to ensure this type of lawsuit does not occur in the future. This would require minimally, a large amount of Labor Resources to create and put into motion. Source: Reuters October 19,2013 : http://www.moneycontrol.com/news/world-news/ernstyoung-to-pay-3699m-to-end-lehman-investor-lawsuit_972701.html?utm_source=ref_article://www.moneycontrol.com/news/world-news/ernstyoung-to-pay-3699m-to-end-lehman-investor-lawsuit_972701.html This reference implies that Ernst and Young operates in an Oligopoly Market Structure. This is due to : Small amount of large firms They are a pricemaker Products offered are similar, little differentation Barriers such as a lot of Government Regulation to get in. Who are the Big Four? Taken from:http://cassmba5.weebly.com/case-big-4.html Level of education required for specific positions directly relates to income distribution as there is an increased investment in Human Capital required for the higher salaried positions. A few examples to take note of are: Position: Assurance Senior- requires Bachelors Degree, 2 yrs. experience, preference for US CPA Cerification Position: Reporting Analyst Associate requires - Bachelors Degree or equivalent work experience along with systems knowledge of Visual Basic, Access and Oracle. Position: Distribution Services Rep; sorting and distributing mail requires only a High School Diploma Market Structure One of the more interesting variable expenses was the contributions made to political campaigns and lobbying efforts. The following will provide and interesting snapshot of this expense.... Ernst and Young belongs to a group of Accounting Firms most commonly known as the Big Four. The positions available with Ernst and Young are vast, ranging from internships, entry level all the way to executive level. Currently, in the US alone there are 1201 job openings. Openings are available in all segments of business as well as some entry level positions. Some positions require minimal education while others require varying degrees, resulting in a wide range of pay. For instance, interns average $25 an hour while a median salary in the Tax and Assurance positions is around $60-64K annually. (http://www.glassdoor.com/Salaries/index.htm 2012 Supply and Demand This is possible due to elasticity of demand............. Revenue (Billions) 2012 Revenue Labor Market Reflecting on the US segment of Ernst and Young, there are no Labor Unions affecting the demand for labor, and therefore not affecting the 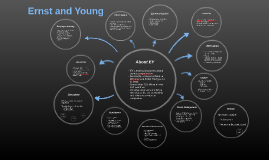 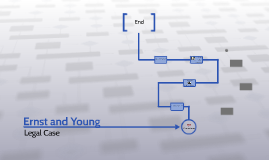 Transcript: How did the Supreme Court handle the case? End What led to the case re-opening? The Supreme Court reversed the judgment of the appellate court, which held that the Act's anti-fraud provisions did not apply because the demand notes were not "securities" within the meaning of 15 U.S.C. § 78c(a)(10). Using the "family resemblance" approach, the Court concluded the notes were "securities." The Court considered several factors in making its determination. The co-op sold the notes to raise capital and purchasers bought them to earn a profit in the form of interest. The co-op offered the notes over an extended period to a broad segment of the public. The advertisements characterized the note as "investments." Finally, there was no risk-reducing factor to suggest the notes were not securities. Reves v. Ernst and Young Outcome The Court reversed the judgment and remanded the case for further proceedings where the demand notes held by petitioners and issued by a farmers cooperative fell under the "note" category of instruments that were "securities" under the Securities Exchange Act of 1934. The court also concluded the demand notes did not fall within the exclusion for short-term notes. Legal Case Petitioners sought review of a judgment from the United States Court of Appeals for the Eighth Circuit, which held that demand notes issued by the Farmers Cooperative of Arkansas and Oklahoma were not "securities" within the meaning of § 3(a)(10) of the Securities Exchange Act of 1934, 15 U.S.C. § 78c(a)(10) Ernst and Young Petitioners, a class of holders of demand notes issued by a farmers' cooperative (the co-op), filed suit against respondent accounting firm. Petitioners alleged that respondent violated the anti-fraud provisions of the Securities Exchange Act of 1934 (the Act) by failing to follow generally accepted accounting principles (GAAP) in its audit of the co-op. Brief Overview 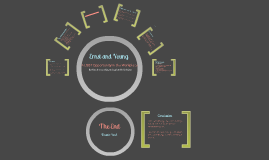 Transcript: Mentoring Program: - Great outlet for those not comfortable with their sexuality in the workplace - One-on-One - Option of Anonymity - Accurate match up process - Mentors have the option to grow as a person - Possible Con The End A LGBT Opportunity in the Workplace The company supports numerous inclusive networks including: EY Black Network EY Disability Working Group EY Far East Network EY Gay, Lesbian, Bisexual and Transgender Network (EYGLES) EY Women's Network Any employee with interest can join Host activities, networking functions, hold seminars, sponsor minority magazines and programs -The inclusive and accepting nature at Ernst and Young -Their strong dedication to valuing a diverse corporate culture -Employees feel included, appreciated and more motivated to perform. -ERnst and Young was ranked No. 1 in Forbes Magazine's The Best Accounting Firms to work for in 2012 Conclusion By Nicole Acocella and Gabrielle DeMasi -Ernst and Young's basic philosophy is part of the inspiration for our recommendations - Our options would fully supplement Ernst and Young's current corporate policies Our First Options Our First Options Our Main Strategy Opportunity Analysis http://www.ey.com/GL/en/About-us/Our-people-and-culture/Diversity-and-inclusiveness - To expand on the tolerant work environment already in place - Create more specific programs that branch out in different ways - Generate awareness to the public about the inclusiveness of the firm Why Should We Have More Options? 1. External recommendation of undergraduate fairs, utilizing college fairs specifically for diversity issues 2. Social and Cultural mixers between the networks and groups within Ernst and Young Ernst and Young The Opportunity Thank You!!