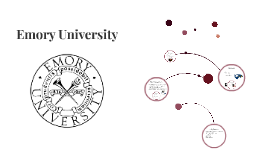 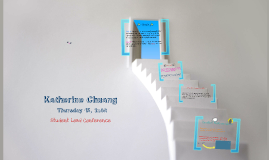 Transcript: Created by: Katherine Chuang Edited by: Jeff Narell (Mr.Narell) Oktapodi Movie Special Thanks to: Mr.Narell Nicola Shanks Miranda Overson Alexis Gero How do we know your character? You know me as a funny, caring, fashionable, bubbly, person. Thursday 15, 2:00 Student Lead Conference Katherine Chuang Creative Problem Solver Thinks Critically: In English I decoded a cuneiform riddle and I had to think critically. What makes you balanced and whole? I think that what makes me a balanced whole is if i can do my best at everything and try my hardest. Thank You for Watching! Thinks Creatively: In Digital Wheel I had to think creatively when I did my Oktipodi movie, I had to make noises with my mouth. Goal #1: My goal is to focus on my homework more and manage my time more efficiently, to do that I should turn off or move away anything that might distract me when I am doing my homework. Goal #2: My personal goal is to practice piano more when I am at home and when I have more free time I can read more. Goals Presents Ideas using Multiple Mediums: In English I had to participate and act out an act at the beginning of the school for English and that caused me to be an effective communicator. Effective Communicator Best Self 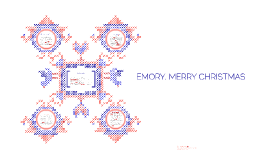 Transcript: DA FAM(ily) Emory is one of the only true friends i have she has been by my side since the fifth grade but it seems like as long as we were born, i hope that Emory succeeds in whatever she wants to succeed in if its band, piano, acting ,interior designing,(coming with me to calorado when we graduate). She is the most beautiful 13 year old i have ever seen as a "sister" i just bless that she has a Merry Christmas... Amen Emory is a PERFECT obo and saxyphone player. yet whenever the other band players mess up during a song they sound like dying cows, and orchestra... well they dont mess up if we do, its nothing... just kidding it sounds pretty bad when orchestra messes up, but emory i both have different opinions about her dating the gay guy (its just random) but band inspires her and i love to her her say how much she loves band and that gay guy... you know i love you emory Her Favorites WHEN IT STARTED It all started in the fifth grade when she decided to leave her school and come to hill. I think i first saw her at the old ace. We were young kids, but at first sight we were best friends. I was good friends with briauna at the time but then emory came... It was all uphill after that from fifth grade to now, Emory and i remain bestfreinds. Emory has one brother(and 1 sister) mother is Debrah and Father is Trevor ------------------------------------------------------ Her mum thinks of chickens after she has come from partys...A great cook 2 Her father is a older version of iron man...Yet a great buisness man And her brother...pimple popper,hippo butt,drunk sailor,bad selfier,lawn mower,LOVER OF MAKAYLA,...Yet a great musician and actor from: your sister lilly I love you most, Merry Christmas. watch for the fish... EMORY, MERRY CHRISTMAS EMORY She loves band(or to be a band geek) Her favorite book right now is DIVERGENT! PiAnO oBo SaXaPhOnE(and has attempted the violin) She is a "perfect" and a cheerleader (while i was a GAY and a hippie) Emory has a "lovehate" with her fat cat... but she likes her dog And im her favorite person(lilly) but who cares about me! this is EMORYs Christmas present! BaNd StUfF 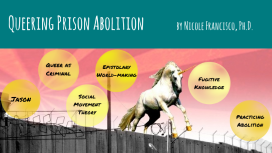 Transcript: Queering Prison Abolition by Nicole Francisco, Ph.D. Jason "No kid, there's a special homo bin for people like you." "we were intentionally bunked together with the hope that we would have conflict... What they did not count on was that Douglas was a closeted gay man." An account of prisoner advocacy that centers the experiences of queer and trans prisoners How do we understand the prison industrial complex in relation to queer lives and queer bodies through a queer analysis? How is the state implicated in producing anti-queer violence through state mechanisms that outlaw queer existence? What does it look like to center the experiences of marginalized prisoners in movements for carceral justice? What is the significance of the cultural production of letters in carceral settings in relation to queerness? System-based approaches for mitigating harm and violence not only fail to do so, but are exploited and produce altogether new anti-queer violence. Kendall Thomas "Beyond the Privacy Principle" (1992) Anti-sodomy laws legitimize homophobic violence, even when that violence is not committed directly by state agents Queer as Criminal My Contention: Anti-queer laws have resonant effects, continuing to legitimize anti-queer violence after laws are removed Luke O'Donovan sentenced to 10 years for bashing back! Laws do not only enforce gender and sexual norms... they create them. " When a prisoner receives mail, both the prison guards and other prisoners know that the person receiving mail has some sort of support system on the outside. For marginalized prisoners, especially, this display of support can function as a harm reduction tactic since those connected to people on the outside are less likely to be victimized." Billy Wolf BlueEagle 29 years old, bisexual, Spaniard/Lakota Sioux "...they’d see to it that I’d be housed with 'sexual predators' and feel what it is like to truly be 'raped.'" "I’d already been raped in prison (3 times)... because of my sexuality, I must have not really been raped at all." "I was given 16 years for essentially ‘defending’ myself, when the staff would not help me." Social Movement Theory Social Movement Theory Mutual Aid Mutual Aid Meet survival needs and build shared understanding Mobilize people, expand solidarity, and build movements Participatory, solving problems through collective action rather than waiting for saviors Emergent Strategy Emergent Strategy what we practice at a small scale can reverberate to the largest scale Epistolary World-Making Epistolary World-making Inch Wide, Mile Deep: Growing Survival Relationships "The prison [industrial] complex tries isolating you from society, dividing you from family and friends... Because as a society, your families are moving forward in their daily lives. As an inmate, you pretty much do the same thing every day. So you are kind of frozen in time." “Seeing it was like… I have a family, I have friends, I’m cared for. It gave me hope, hope that things are gonna get better.” “Her family actually became part of my life, I became part of her family." Fugitive Knowledge Black & Pink as Mutual Aid "Fugitive" Knowledge PREA 12% of reports are substantiated (nationally) "Quit lying." "Confinement is punishment regardless of why you're in there." More Harm than Good hugging, hand holding, sharing a meal, or rubbing someone head. "They have ignored the ways PREA... discipline[s] LGBTQ prisoners for consensual sexual interactions... dysfunctional savior practices that end up harming the very individuals it claims to protect." Punished for Queer Intimacy "They fail to comprehend that PREA is the Prison RAPE Elimination Act not the Prison SEX Elimination Act." Practicing Abolition What is something you learned today that you found interesting and want to learn more about? What’s been the state’s role in producing vulnerability to violence for queer and trans people? Who is responsible for ensuring safety for LGBTQ people, inside and outside of prison? Where do you see potential to grow your connections with prisoners? 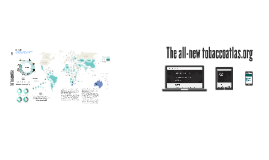 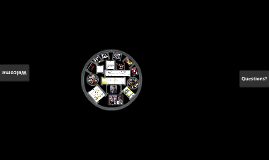 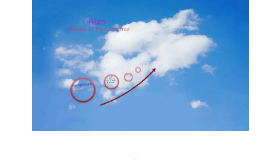 Transcript: My reading goal is to read chapter books and understand characters. My mom and can help me by reading the words I don't understand or if I don't know how to spell the word. If I was reading a book with a word that I didn't understand what it means then Mrs.Brennan can help me look in a dictionary to see what it means. Reading l you Math Help I Might Need My math goal is to understand lines,rays,and line segments. big I can add and subtract with other methods and I can write a personal narrative and fictional narratives. When I set goals I can be a better person and I can create a way to reach that goal Accomplishments I can accomplish this goal by hanging out with my friends and family and I can also be nice and give them things and not take things Welcome to My Conference Adam bik my relationship goal is to have more friends and have a amazing family. I can accomplish this goal by reading the book and understand how they feel and see if they feel good or mad. Goals: Setting goals are important to me because... I can accomplish this goal by looking at lines,rays,and line segments and making a picture in my head to remind me of what a ray,line,and line segment is. Relationships 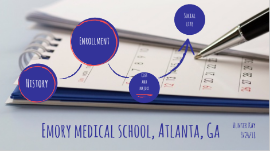