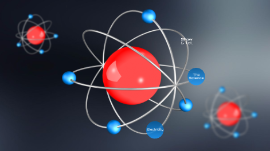 Transcript: Electricity One of the world's greatest wonders What is it? Electricity Electricity Electricity is a form of energy resulting from the existence of charged particles (such as electrons or protons), either statically as an accumulation of charge or dynamically as a current. What did I do? The Science I attempted to light a light bulb by transfering the energy from two potatoes to the bulb. What were my results? Sadly, my attempts to light up a light bulb with two potatoes were not succsesful. _ How did I attempt to do my project and why didn't it work? Attempt 1: I took two potatoes and stuck screws into them. Then I attached the screws to copper wires, and those wires led to the light bulb, and were attached to the bottom and side of the metal part of the light bulb using hot glue. I also thought the hot glue was acting as an insolent between the light bulb and the wire. Attempt 2: I did the same thing as Attempt 1 but instead of hot glue I used electrical tape, but with the same results. Attempt 3: I got galvanized nails instead of normal screws and besides that I did the same thing as Attempt 2. Attempt 4: For this attempt I added another wire connected to a penny in the the potatoes with the light bulb at the other end. Attempt 5: This time I stuck the wire into the potatoes and connected that to another wire which attached to the light bulb. Attempt 6: I did something similar to Attempt 5 in that I stuck copper wire into the potato, except this time I used non-copper wires to connect the copper wire to the light bulb. + Although I experienced some difficulties, I learned many things. I learned about the dewey decimal system. I learned about transfering electricity and electrical charges and currents. Last of all, I learned six ways to not make a potato battery. What did I learn? Show & Tell 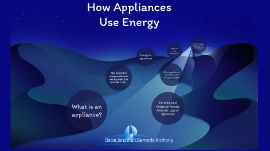 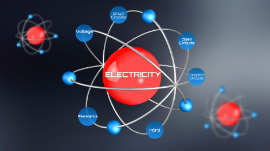 Transcript: ELECTRICITY By: Michael Kanatzar Electricity Intro Complete CIrcuit Definition Complete Circuits The complete path of an electric current View Me Picture Current The flow of an electric charge Defintion An incomplete electrical circuit Defintion Open Circuits Short Circuits A short circuit is a currentx that flows along an unintended path with no or a very low electrical impedance Defintion Picture Voltage Definition an electromotive force or potential difference expressed in volts Defintion measure of the difficulty to pass an electric current through that conductor Resistance 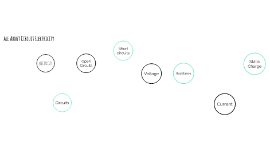 Transcript: All About Circuit Electricity eLECTRICITY eLECTRICITY BY:Justyce Townsend Due:12-5-17 Circuits Circuits are electrical networks that are sources of energy. In a circiut the movement of electricty starts and finishes in the same place. Therefore, circuits move all around. Circuits Open Circuits An open circuit is when there is a path interrupted, which causes the current not to flow amymore. An open circuit in other words is called an, ''incomplete circuit,'' Open Circuits Short circuits A short circuit has a lower number of resistance then a regular circuit. Short circuits do not produce great amount of electricity in a circuit. Short circuits Voltage Voltage is potential energy per unit,that is measured in joules. There are three types of voltage--- 1) electric pressure 2)electric tension 3)electrical potentinal difference. Voltage Resistance Resistance is the force of electric current throught a eletrical circuit. Ressitance is measured in ohms. Resistance Current A current is the flow of electrical charge through a circuit. A current carries electrons through a wire. Currents are measured by a ammeter. Current A static is the seperation of negative and postive charges attracted by each other. Static Charge Static Charge 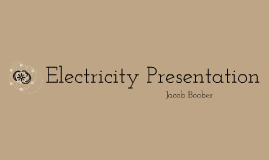 Transcript: Electricity Presentation Drawing Electric Field Lines Food Battery Lab Series & Parallel on Promethean An electric circuit in which devices are connected to the same two points of a circuit. In this lab we created a series circuit with the food as a power source. When we completed the circuit we had a flow of current. Parallel Electrostatic Charge Resistance In this activity we graphed the force of oppositely charged particles have on each other, compared to gravity on objects. Circuit , Series, and Parallel Power A force field that fills the space around every electric charge or group of charges. Circuit In this activity we drew the force fields that fill the space around every electric charge or group of charges Electric Potential and Power These two are related because you need electric potential to create power. Current Electric Potential, Current, and Resistance Energy a charge has due to it's location in an electric field. This is also voltage represented by V. The push or pull on the electric current in the circuit. Resistance is represented by R. Series Rt = R1 + R2 +....Rn Parallel 1/Rt = 1/R1 + 1/R2 +..1/Rn Any complete path along which charge can flow. Series The fundamental electric property to which mutual attractions or repulsions between electrons or protons. This activity predicted possible power usage in a home. The activity also shows how different things draw different amounts of power. House Energy Audit Jacob Boober Electric Fields Rate at which work is done or energy is transformed. The flow of electric charge. I is used to represent this term. This activity showed the flow of current on the board in relationship to resistance and voltage. This activity represented this in both series and parallel circuits. An electric circuit in which devices are arranged so that charge flow through each in turn. These three are related because series and parallel are both types of circuits. Graphing Electric Force compared to Gravitational Electric Potential In this lab we used tape to create an electric potential due to friction. The larger the charge created the larger the electric field. These three terms are related through the equation V=IR Will That Be Cash or Charge 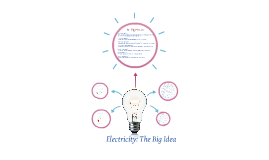 Transcript: Series Circuit * Charges that are different attract each other. *Charges that are the same repel each other. *Friction, conduction, by induction, and by polarization are four methods where changes can redistribute themselves. * Electric currents are produced by electric charges flowing through a material such as wires. * Electrons in insulators are pack tightly so they can not move freely. However in conductors electrons can move around freely. *Energy of charges, and properties of an object can affect current flow. * Current, voltage, and resistance in a circuit are always related. *Basic features electrical circuits have: devices that run by electrical energy, sources of electrical energy, and conducting wires. The Big Picture Parallel Circuit: a closed circuit in which the current divides into two or more paths before recombining to complete the circuit. For example, if one light bulbs goes out the other one stays intact. Electricity: The Big Idea VOCAB TERMS How do charges interact? A:Two objects that are similarly charged will repel, while two objects with opposite charges will attract. Moreover, a neutral object will attract either charges. How do charges build up? A: Atoms and electrons start to build up until there is an excess of electrons. How is electric current made? A:Current is produced in any circuit when an Electromotive Force is connected to a closed circuit. How do conductor differ from insulators? A: Conductors are materials that conduct heat well, while insulators don't conduct heat well. What affects current flow? A: Resistor affect the current through a circuit that's supplied with a constant voltage. What did Ohm discover? A: Resistance in an object is equal to voltage divided by current. What is a current made of? A: It is made out of small particles, smaller than atoms called electrons. Parallel Circuit Electric Charges, Currents, and Circuits Series Circuit Series Circuit: a circuit having its parts connected serially. For example, if one light bulb goes out the other one follows. electric force- force between charged objects. static electricity- the build up of charges on an object. friction- the rubbing of two objects. conduction- heat transfer from one particle of matter to another. polarization- electrons that are attract or repel to an external electric field. conductor- a material that conduct heat well. insulator- a material that does not conduct heat well. voltage- difference in electric potential energy per charge. resistance- measure of how difficult it is for charges to flow through an object. Ohm's Law- resistance in an object is equal to voltage divided by current. series circuit-all parts of an electric current that are connect one after another in one path. parallel circuit- different parts of a circuit that are on separate branches. Parallel Circuit 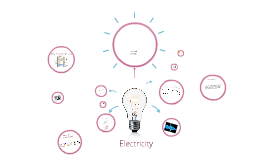 Transcript: Electrostatics Resistivity Internal Resistance Electricity Gold Leaf Electroscopes Superconductors I = nAve Resistance The Friendly Milikan Charging: It's pretty self explanatory, and we couldn't find a diagram. We'll run through it on the board instead. KIRCHOFF 2 Paul and George Potential Dividers 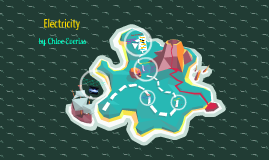 Transcript: This is how energy is generated to make elecricity. Static Electricity Electricity is an energy source resulting from the existence of charged particles. This covers things such as electrons and protons, either statically or as an accumulation. Insulators can be electrically charged. This is the electrical energy calculation. E = energy transferred in kilowatts-hours P = power in kilowatts T = time in hours Electricity Generating Electricity What is it? Current electricity Substance that gains electrons = negatively charged Substance that looses electrons = positively charged When a charged object comes near to another object they will either attract or repel each other. If the charges are the same - they repel If the charges are opposite - they attract If one is charged and the other is not - they attract Current is the rate of flow of electrons. It is produced by moving electrons and it is measured in amperes. Unlike static electricity, current electricity must flow through a conductor.There are different sources of current electricity like the chemical reactions taking place in a battery. The most used source is the generator. This flows like a river, the bigger the current the faster, the smaller the current the slower. E=PxT by Chloe Everiss