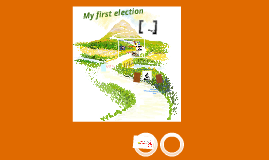 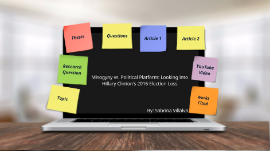 Transcript: By: Sabrina Villalva Misogyny vs. Political Platform: Looking into Hillary Clinton's 2016 Election Loss Topic Topic Misogyny in the 2016 Presidential Election Research Question Did Hillary Clinton fail to clinch the victory in key states due to her gender, or was her political platform solely the reason for her 2016 election loss? Research Question Thesis Though people highly criticized her political platform, Hillary Clinton failed to clinch the vote in key states during the 2016 election due to the misogynistic thinking of many voters. Thesis Statement Questions Questions About My Topic 1) Does the type of media coverage on the candidate change depending on their gender? 2) Are people more biased when voting because of the candidate's gender? 3) Is gender more of a problem in certain states than others? 4) Can women be misogynistic too? 5) Did misogynistic thinking affect the vote of males more than those of females? Article 1 Link: http://onlinelibrary.wiley.com/doi/10.1111/j.1460-2466.2011.01621.x/epdf About the "issues" people believe woman candidates have. How these "issues" would interfere with their jobs as politicians. How personal character plays into the types of political issues the candidate would prioritize. Offers data on the amount of gendered news coverage each candidate receives. Is She "Man Enough"? Women Candidates, Executive Political Offices, and News Coverage Article 2 Link: https://ac.els-cdn.com/S0191886917304683/1-s2.0-S0191886917304683-main.pdf?_tid=7d483f92-bcc7-11e7-ad5e-00000aacb360&acdnat=1509295244_1e77678a61d0a4ef2e532fccdbbca8d1 Discusses a study that was made about how sexism could have potentially played a role in people's votes Looked at the different attitudes people had toward the role of women in society Benevalent sexism vs. hostile sexism Which type of sexism played more of a role in people's votes The Role of Sexism in Voting in the 2016 Presidential Election YouTube Video Link: https://www.youtube.com/watch?v=ASsaG1p_qRE MSNBC News Clip Internalized Misogyny Data showing previous elections vs. recent "Internalized Misogyny" is Why The White Female Vote Didn't Go More for Clinton Works Cited Bock, Jarrod, Jennifer Byrd-Craven, and Melissa Burkley. "The Role of Sexism in Voting in the 2016 Presidential Election." Personality and Individual Differences. Elsevier, 24 July 2017. Web. Inside the Clinton Campaign. Perf. Jess Mcintosh. MSNBC. Rewind the News, 17 Nov. 2016. Web. Meeks, Lindsey. “Is She ‘Man Enough’? Women Candidates, Executive Political Offices, and News Coverage.” Wiley Online Library, 2 Feb. 2012 Works Cited 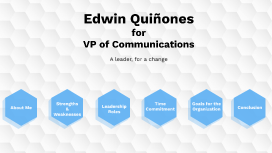 Transcript: Edwin Quiñones for VP of Communications A leader, for a change About Me About Me Puerto Rico Where am I from? Biomedical Engineering Major Gardening & Water Sports Hobbies My Strengths & Weaknesses Strengths & Weaknesses Weaknesses Weaknesses - Lack of some confidence - I have trouble saying "NO" - Maintaining a healthy work and life balance Strengths Strengths - Respectfulness - Determination - Patience Leadership Roles Leadership Roles - Habitat of Humanity - President of Student Council - Norman Brown Scholar - Undergraduate Lab Research Academic Year of 2021-22 Time Commitment - Classes - Research - If elected, the RHA!!! Goals for the Organization Goals for the Organization - Create more communication between Halls - Serve as a bridge between the different branches and halls - Listen to all students VP of Communications Goals for being VP of Communications - Immerse myself in the IUPUI community - Give back to the IUPUI community - Gain a better understanding - Make connections Let's Get to Work Conclusion TOGETHER 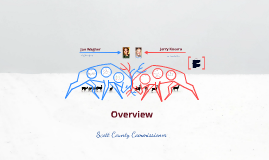 Transcript: Born and raised in Belle Plaine and has 50 years of residency in Scott County Age: 53 State Farm agent for 27 years in Shakopee Received a degree in Speech Communication from St. Cloud State University Platform Good VS. Bad An Efficient County "First Stop Shop"- foster economic development within the county acting as an information center and request responder to companies that want to move into Scott County- beneficial by providing jobs and creating a strong tax base Scott County works with businesses to provide help to those in need Needs to be more responsive to the needs and concerns of citizens Platform Jerry Kucera Background Age: 58 Married to Lucy with two children: Sophie and Teddy Self-employed, funeral director, and apple farmer Bachelor's degree, University of Minnesota in Mortuary Science. Several years of experience as county commissioner Lifelong supporter of St. John the Baptist Catholic church in Jordan Line staff and supervisors are the pride of our community; hard workers, always looking for ways to serve residents better and more efficiently Sheriffs, deputies, sergeants, investigators and correction officers serve the county well We need to sharpen our focus and efficiently increase coverage within townships http://elections.startribune.com/mobile/profiles/49937.html http://www.jordannews.com/news/politics/elections_2012/joe-wagner-q-a/article_e96c9700-f3a7-553e-99ba-2ad47baabde2.html http://elections.startribune.com/mobile/profiles/49938.html?p=&z= http://www.jordannews.com/news/politics/elections_2012/jerry-kucera-q-a/article_0531abc9-be5c-5dfd-b76c-fbfc84eb0fd9.html Good VS. Bad Scott County Commissioner Joe Wagner Wants more liveable-wage jobs in Scott County roads and bridges can provide jobs Don't create unnecessary tax growth we must prioritize needs and wants work with other organizations to provide more bang for the buck Combining jail operations with Carver County? Continue attempting to merge with Carver to save money and operate more efficiently Over pass in Southern Belle Plaine Continue to promote business expansion in Belle Plaine Background Overview Non-Incumbent Ways Sources Commissioners need to put petty differences aside and do their job it's difficult for the county to get work done when there is distrust among its elected members Reduce taxes He will work hard on annual budgets every year to make it happen The county needs to find ways to operate with less taxes. He will accomplish this by a line-by-line analysis of expenses Combining jail operations with Carver County? He wants to merge even though Carver doesn't because it will save Scott County about a million dollars in the first year 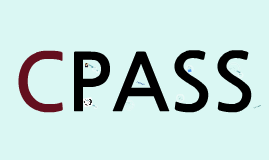 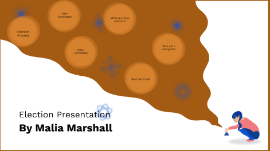 Transcript: By Malia Marshall Election Presentation Election Process ? Election Process The election process has a lot of different steps to it. There's early voting, primary election, and general voting. Early voting allows that voter to go to a voting location and cast their ballot before election day. The primary election helps narrow down all the candidates to the main two that will be running in the end. The general election is the election that voters have to pick between the two last standing candidates. Those chosen by the public voters will then move to the electoral college. The electoral college, consisting of Congress, makes a vote over who will actually become president. Election Dates The election dates for early voting is February 12, 2020-February 29, 2020. The election date for the Primary Election is March 3, 2020. The election date for the General Election is November 3, 2020. The Electoral College votes on December 14, 2020. Election Dates Joe Biden Main Candidates Joe Biden was born on November 20, 1942 in Scranton, Pennsylvania. He attended Catholic schools, including Archmere Academy. He had average grades. He also had a stutter. He attended the University of Delaware. He graduated from this school in 1965, with a double major in history and political science. He later attended Syracuse University, where he graduated with a law degree. After his schooling, he worked as an attorney in the Wilmington area. In 1972, he ran for Senate against J. Caleb Boggs, which he won. Joe Biden spend about 36 years in the U.S. Senate. Biden legislated against domestic violence and made an anti-crime bill. This bill provided 100,000 cops for the nation. About 10 years after this, Biden voted for the use of force in Iraq. In 1987, Biden launched his first presidential campaign. During his campaign he was caught with on camera exaggerating his academic credentials. Because of this he withdrew his campaign. 20 years later, Barack Obama picked Biden to be his running mate. He stayed as Vice President for 8 years. He has now decided to run for President in 2020. Bernie Sanders Bernie Sanders Bernie Sanders was born on September 8, 1941. He lived in New York and was part of a struggling, working family. He realized the poor economic state of America at a very young age. He attended Brooklyn College and later transferred to the Univerity of Chicago. During his college years, he got involved in the Civil Rights Movement. He became a member of Congress of Racial Equality (CORE). He was also an organizer for the Student Nonviolent Coordinating Committee. He completed college with a degree in political science. In the 1970's, he tried several times to become a member of the anti-war Liberty Union Party. He was elected mayor of Burlington, Vermont in 1981. In 1990, he was elected into the U.S. House of Representatives. He opposed the Iraq War because of the financial and social impact it would have. In 2006, he decided to run for Senate and he won. In 2010, Sanders made the news for his 8-hour filibuster against the extension of tax cuts for the wealthy. During his time in Senate, he was a member of several committees. He was on the Committee of Budget, Health, Education, Labor, Pensions, Veteran Affairs, and the Joint Economic Committee. He advocated for expanding voting rights and opposed the Supreme Court's decision to disband part of the Voting Rights Act. He was also an advocate for universal single-payer health care. In 2015, he announced he running for the presidential nomination for the Democratic Party. His campaign focused on the inequality in society. He encouraged the public to become more involved in the voting process and be the change they wanted to see. He is now running for President again in 2020. Elizabeth Warren Elizabeth Warren Elizabeth Warren was born on June 22, 1949. Elizabeth Warren was an excellent student. She graduated high school at 16. Right away, she entered George Washington University on a full scholarship for debate. She left school to marry her highschool sweetheart, Jim Warren. They moved to Texas, where she finished her degree in speech pathology. They then moved to New Jersey where she worked at public schools with children with disabilities. She then attended Rutgers University, where she graudated with a law degree. She later decided to focus on bankruptcy and commercial law. She testified against Congressional efforts to limit consumer's ability to file for bankruptcy. Despite her efforts, the bill passed in 2005. In 2008, Senate Majority Leader Harry Reid called on Elizabeth Warren to chair the Congressional Oversight Panel. This panel was created to monitor the $700 billion bank bailout effort, it was known as Troubled Asset Relief Program. Warren took this position and led investigations, conducted public hearings, and led interviews of government officials. In 2010, Warren became Assistant to the President, Barack Obama. He appointed her Special Advisor to the Secretary of the What 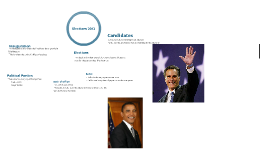 Transcript: Elections -An election is when everybody over 18 years old gets to vote for the person they like the most Candidates -someone who is running in an election -Who are the candidates that are running in the election? Political Parties Inauguration -An inauguration is when the President has a parade in Washington -This is when the oath of office takes place -A ballot is the way a person can vote - A ballot can be a piece of paper or on the computer Elections 2012 -An oath is a promise -The person who won the election must promise to do his best and follow the rules -There are two major political parties -Democrats -Republicans Ballot Oath of Office 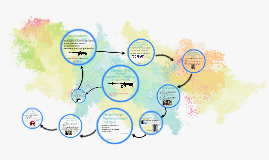