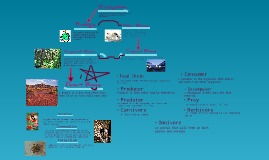 Transcript: Ecosystem a system formed by the interaction of a community of organisms with their environment. Ecology The branch of dealing with the relations and interactions between organisms and their environment, including other organisms. Polar Biome A polar ice cap or polar ice sheet is a high-latitude region of a planet or moon that is covered in ice. Tropical Biome The tropical rainforest is a hot, moist biome found near Earth's equator Temperate Biome Temperate forests are areas with high levels of precipitation, humidity, and contain a variety of deciduous trees. Desert Biome A desert is a dry area where less than 50 cm of rain falls each year Food Chain A food chain shows how each living thing gets its food. Producer Producer is what makes food by themselves Predator An animal or other organism that hunts and kills other organisms for food Carnivore A flesh-eating animal. Consumer A consumer is the organisms that obtain nutrients from other organisms. Decomposer A decomposer Breaks down the dead material Prey An animal hunted or caught for food Herbivore an animal that is adapted to eat primarily plants Omnivore An animal that will feed on both plants and animals Mutalism A relationship between two organisms of different species that benefits both and harms neither. Commensalism The relationship between organisms of two different species in which one derives food or other benefits from the association while the other remains unharmed and unaffected Parasitism Symbiosis in which one organism lives as a parasite in or on another organism 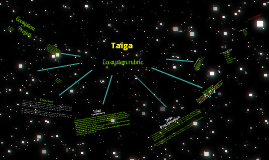 Transcript: Ecosystem Project Taiga Location The taiga is the largest biome. The taiga is primarily a coniferous forest (evergreen trees with needles) like the temperate rainforest, but the taiga is located between 50 degrees latitude north and the Arctic circle. Many coniferous trees (evergreens with needles) grow in the taiga. The taiga has fewer animal species than the tropical or temperate deciduous forests. The taiga climate is for the most part dominated by cold arctic air. Exceptionally cold winds bring bitterly cold air from the Arctic Circle: the temperatures fall even more on clear nights when there is no cloud cover. Because of earth's tilt, the taiga is turned away from the sun in the winter. Less of the sun's radiation reaches the ground to warm it up. Winter, with it's freezing cold temperatures, lasts for six to seven months. Summer is a rainy, hot and short season in the taiga. Fall is the shortest season for taiga. Spring brings flowers, the frozen ponds melt, and the animals come out from hibernation. The summers are mostly warm, rainy and humid. They are also very short with about 50 to 100 frost free days. The total precipitation in a year is 30 - 85 cm (12 - 33 in) . The forms the precipitation comes in are rain, snow and dew. Most of the precipitation in the taiga falls as rain in the summer. The main seasons in the taiga are winter and summer. The spring and autumn are so short, you hardly know they exist. It is either hot and humid or very cold in the taiga. The typical taiga soil is called podzol or podsol. It has a dark upper horizon (A) this layer is dark because it's rich in humus formed from decomposition of the leaf litter. Horizon A is followed by a characteristic lighter (whitish) eluvial horizon (E) the mineral components of this layer have drained toward the deeper, usually brownish B horizon. The B horizon overlays the broken down rock (C horizon). Paper Birch Fire Snag Willow Wild Rose Trembling Aspen Tamarack Bobcat Bald Eagle Gray Wolf River otter Wolverine red fox THE END YEAHHHH Ecosystem rubric In the taiga, the average temperature is below freezing for six months of the year. Total yearly precipitation in the taiga is 12 - 33 inches (30 - 85 centimeters). Although the cold winters have some snowfall, most of the precipitation comes during the warm, humid summer months.Because of the tilt of the earth on its axis, in the taiga you'll find long nights in the winter and long days in the summer. During the summer months, the taiga fills up with millions of insects. Birds, who eat insects, migrate every year for the plentiful food supply. The taiga is prone to wildfires. Many trees have adapted to this by growing thick bark, which can protect a tree from a mild fire. Temperature Taiga Additional Notes Mrs.Moreland Melody Land 1st Period Climate Taiga Because of cold temperatures, decomposition is slow in the taiga. Dead vegetation will pile up on the forest floor, making a sponge-like covering. Since decomposition is slow, the soil is thin, and lacking in nutrients. Trees grow taller where the taiga is warmer (so things can decay) or by a stream, where the water can carry nutrients to the tree. The world's oldest trees can be found in the taiga. The bristlecone pines in California are a prime example. One of them is 4,600 years old . Soil Description Precipitation 6 Animals in Taiga Taiga Mrs.Moreland Melody Land 1st Period Taiga 6 Plants in the Taiga 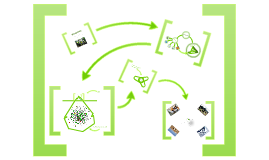 Transcript: Light PLANT A TREE It's good for the air, the land, can shade your house and save on cooling (plant on the west side of your home), and they can also improve the value of your property RECYCLE NEWSPAPER There are 63 million newspapers printed each day in the U.S. Of these, 44 million, or about 69%, of them will be thrown away. Recycling just the Sunday papers would save more than half a million trees every week. RECYCLE GLASS Recycled glass reduces related air pollution by 20 percent and related water pollution by 50 percent. If it isn't recycled it can take a million years to decompose. PLASTIC BAGS SUCK Each year the U.S. uses 84 billion plastic bags, a significant portion of the 500 billion used worldwide. They are not biodegradable, and are making their way into our oceans, and subsequently, the food chain. Stronger, reusable bags are an inexpensive and readily available option. TURN OFF LIGHTS Always turn off incandescent bulbs when you leave a room. Fluorescent bulbs are more affected by the number of times it is switched on and off, so turn them off when you leave a room for 15 minutes or more. You'll save energy on the bulb itself, but also on cooling costs, as lights contribute heat to a room. An ecosystem is a biological system consisting of all the living organisms or biotic components in a particular area and the nonliving or abiotic component with which the organisms interact, such as air, soil, water and sunlight. Producers United Nations Environment Programme Abiotic Chemical composition of surroundings This is a huge mountain heterotrophs Greenpeace autotrophs That is just a tip of the iceberg, too Biotic Iceberg of ecosystems Water World Wide Fund for Nature Tip Tertiary consumers Greenpeace is a non-governmental environmental organization. It focuses its campaigning on world wide issues such as global warming, deforestation, overfishing, commercial whaling and anti-nuclear issues Ecosystem UNEP is an international organization that coordinates United Nations environmental activities. Its activities cover a wide range of issues regarding the atmosphere, marine and terrestrial ecosystems, environmental governance and green economy Wind Ecosystem Primary Consumers (herbivores) Temperature Secondary Consumers (carnivores) The World Wide Fund for Nature (WWF) is an international non-governmental organization working on issues regarding the conservation, research and restoration of the environment. The group says its mission is "to halt and reverse the destruction of our environment" Environmental organizations 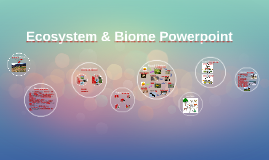 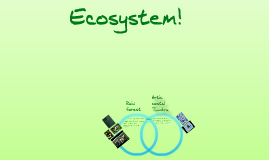 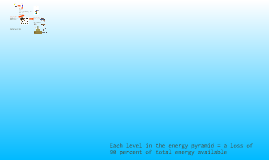