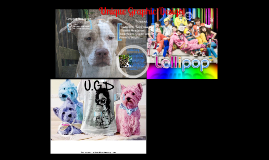 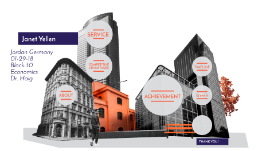 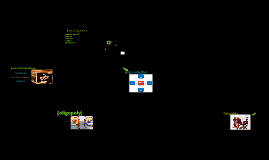 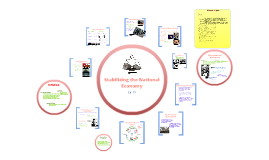 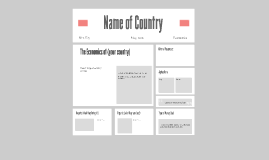 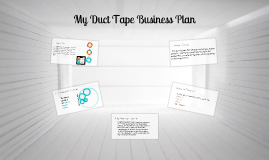 Transcript: Bags Intermediary Me Wallets Purses Customer My Primary Demand My Duct Tape Business Plan Duct Tape Bags The type of people that consider uniqueness, design, durability, and the hard work taken to make the product they are considering to buy when accepting or declining an offer. My Relevant Market Key My primary demand is professionals between the age of 25-50 that understand the time taken in hand making a craft, and that are willing to spend more to have a wallet that is completely customizable, strong, hand made, and made of recycled materials. Also preferably the people in the Middle or Upper class since the product I sell take several hours each, and is not made my a machine. Producer My relevant market is the clothing apparel market. Selective Demand Target Market Not Me I am going to be selling hand made Duct Tape Wallets to people of all ages and will also be selling them to stores. I purchase the duct tape, then I make the wallet, then I sell the product. Duct Tape Bags Duct Tape Purses Duct Tape Bracelets Clothing Apparel Market Duct Tape Tri-Fold Wallets The Selective Demands of my goods are: -Strength -Design -Colors -Uniqueness Duct Tape Wallets My Idea Bracelets Duct Tape Magic Wallet Duct Tape Bi-Fold Wallet 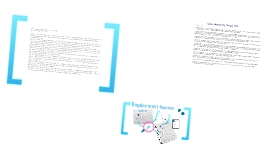 Transcript: Employment issues By: Brianna Rice Brayden Capitano Logan Fogwell Priscilla Alaniz Denine Hildreth Madeline Cho Jestyne Donaldson Janessa Castillo Michaela Mayoral Unions Unions are being made to keep out of their business by employers. Some corporations even hired people to think of ways to fight against unions. Lack of loyalty in organized labor by the new additions to the labor force. People that need to help provide for others such as women or teenagers usually give in to the lower pay because they really need the money. Unions are suffering from their own success. Union made products have higher price rates due to their wages that are higher than nonunion wages. As a result they lose sales to forgien competitors. In 1988 the state of California passed a law requiring that five percent of the bonds be set aside for women bankers and lawyers This law ensures that bonds cannot be given to all the male dominate businesses and professions Giveback: a wage, fringe benefit, or work rule given up when labor contracts are renegotiated Two-tier wage system: this system keeps the high wage for current workers, but has a much lower wage for newly hired workers Glass ceiling: seemingly invisible barrier hindering advancement of women and minorities in a male-dominant organization Comparable worth: doctrine stating that equal pay should be given for jobs of comparable difficulty Set aside contract: guaranteed contract or portion thereof reserved for a targeted, usually minority group Current dollars: dollar amounts or prices that are not adjusted for inflation Real or constant dollars: dollar amounts or prices that have been adjusted for inflation Base year: year serving as point of comparison for other years in a price index or other statistical measure Minimum Wage Minimum wage was first set in 1939 at $0.25 per hour Original intent -to prevent the outright exploitation of workers -provide equity and security to those who lacked the skills needed to earn a decent income Debated setbacks - employers should be free to pay whatever wage they want -One of the reasons many teenagers cannot find jobs Prices increase over time purchasing power of min. wage is constantly being eroded Economists measure in terms of real/constant dollars City Unemployment Rate Ticks Up to 8.7% By PATRICK MCGEEHAN The two-week strike by unionized employees of Verizon offset all of the hiring that occurred last month in New York City and pushed the city’s unemployment rate up slightly, according to figures released Thursday by the State Department of Labor. The city’s official unemployment rate rose to 8.7 percent in August from 8.6 percent in July, as the total number of jobs declined, the department reported. Even discounting the strike, the city’s job market remained weak at the end of the summer as fears of another recession spoiled some employers’ appetites for new workers. Without the strike by 8,700 Verizon workers, the city’s private-sector employment would have fallen by 4,500 jobs, after adjustments for the usual seasonal trends in hiring and firing, said Barbara Byrne Denham, an economist with Eastern Consolidated, a real estate services firm in Manhattan. Countering those losses — in jobs, if not in incomes — was a gain of about 4,900 government jobs in the month, she said. Ms. Denham performs her own calculations to adjust for seasonal fluctuations because the Labor Department does not make those adjustments for all of the city data. The city’s highest-paying sectors, Wall Street and other financial services, did not do any significant hiring in August. Indeed, employment in the securities industry is down by more than 1,000 jobs this year, Ms. Denham said. Those losses preceded some big layoff announcements from large banks, like Bank of America, which has said it would eliminate 30,000 jobs. Statewide, the number of jobs fell by about 30,000 in August, with more than half of that total attributable to the Verizon strike, the department reported. The state’s unemployment rate held at 8 percent last month, well below the national rate of 9.1 percent for August. The number of unemployed people in the state increased a bit to 756,400 in August, the department said. That number does include people without jobs who did not actively seek work during the month. Nearly 450,000 people collected unemployment benefits from New York State in August, the department said. By KRIS MAHER Organized labor lost 10% of its members in the private sector last year, the largest decline in more than 25 years. The drop is on par with the fall in total employment but threatens to significantly limit labor's ability to influence elections and legislation. On Friday, the Labor Department reported private-sector unions lost 834,000 members, bringing membership down to 7.2% of the private-sector work force, from 7.6% the year before. The broader drop in U.S. employment and a small gain by public-sector unions helped keep the total share of union membership