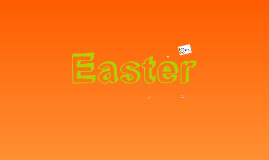 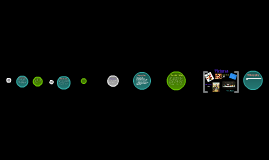 Transcript: Christian Converts Maundy Thursday Easter Day Palm Sunday Maundy Thursday Good Friday and Holy Saturday The Easter Bunny Before A.D. 325, Easter was celebrated on different days of the week. In that year, the Council of Nicaea made a rule that Easter should be celebrated on the first Sunday that occurs after the first full moon on or after March 21. Early Christian converts who celebrated Easter instead of other celebrations, were likely to die. To keep them from dying, Christian missionaries decided to spread their religious message slowly throughout their town . Palm Sunday Orgins of Easter Easter was originally a pagan festival. The ancient saxons celebrated the return of spring with a festival , in memory of their goddess The goddess of offspring and of springtime was called Eastre. When the christian missionaries saw the tribes of the North at the pagan celebrations, they tried to convert them to Christianity. Bibliography Palm Sunday is the Sunday before Easter day. The purpose is to remember Jesus's last journey to Jerusalem. People cut palm branches to spread on his path as he rode to the city. Good Friday is the remembrance of the trial, and crucifixion of Jesus. Holy Saturday takes place on Good Friday and is to celebrate the Resurrection of Jesus. Pictures Maundy Thurday is when people from Europe use to wash the feet of the poor people This takes place on the Thursday before Easter. Jesus also ate and drank with his followers on this day, which became known as the last supper. Lent starts on Ash Wednesday and is for 40 days. Lent is our time of fasting, prayer, temptation, and repentance. Lent is not required in the bible but is a custom to many people. Easter Day is the remembrance of the Resurrection of Jesus, with his promise of eternal life. A symbol of the Resurrection is the egg, out of which a bird hatches. The Easter bunny originated in Germany. The symbol originated with the pagan festival of Eastre. The goddess, Eastre, was worshipped by the Anglo-Saxons, through their symbol, the rabbit. German settlers believed that if a child was good, then a white bunny would leave colorful eggs on Easter morning. The egg was a symbol of rebirth in most cultures. The last Supper. The Date Of Easter The Season Of Lent http://www.phancypages.com/newsletter/znewsletter2599.htm 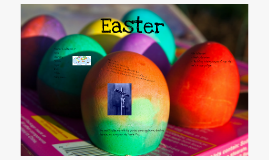 Transcript: Easter What is Easter? - When Jesus rose from the dead - It is celebrated on the Sunday following Holy Week - It is one of the most well attended church services of the year - It is celebrated with uplifting church services, Easter egg hunts, and bunnies! Who Celebrates? - Mostly Christians - The holiday is being adopted all over the world in every religion Easter is celebrated in: U.S.A Germany Mexico Spain India Poland Many more….. Its usually celebrated with big parties, easter egg hunts, chocolate bunnies, and acting out the Passion Play 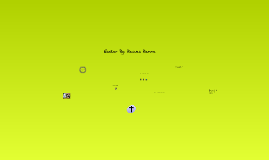 Transcript: Easter By: Rennea Remme Easter is always observed on the first sunday after the first full moon after the vernal equinox. Easter is in honer of Jesus. The holiday originated in Babel. The christians made Easter a holiday. On Easter families celebrate Easter as a holiday by celebrating Jesuses reserection, hiding eggs finding them and also having easter dinner. This holiday is important because Jesuses reserection. The three symbols of easter. Sites Easter.com Google.com 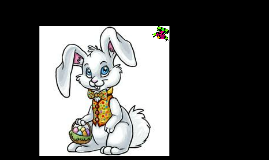 Transcript: Why is Easter celebrated? Easter is celebrated for the day Jesus rose from the dead the third day after his crucifixion. This event supposedly occurred between the years 26 and 36 A.D. Easter was established by the first council of Nicaea. About easter Easter marks the end of lent. It was established to be on the first Sunday after the full moon following the northern hemisphere’s vernal equinox. Easter is linked to the Jewish passover. Easter in the us The Easter symbol in the U.S. is obviously the Easter bunny. Americans paint Easter eggs to celebrate. Americans usually have an Easter egg hunt. Easter in france Frances symbol for Easter is the Easter fish and bell. France celebrates Easter a lot like we do. Easter involves a whole string of holidays in France which include Mardi Gras and some other holidays 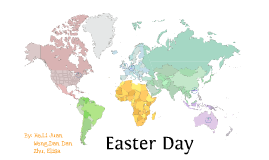 Transcript: Easter Day Cross—Jesus die for the human being Rabbits—prolific animal it stands for that the spring is coming and the new life will be born Colour eggs—coming alive Flowers—the new life of resurrection Lamb—Jesus is the Lamb of God and he died of our crimes Easter bell—remind us Jesus was coming alive Children makes colour eggs with their parents Just eat vegetable, salt ,no meat before Easter Day to repent themselves Changing the date By: He,Li Juan Weng,Dan Dan Zhu, Elisa What is Easter? Don’t have the same days in each years Greet ( celebrate)= on Sunday Celebrate in spring after the first full lunar ( moon) Between March 22 to April 25 fire the torch and spread it Use the torch to fire the trunk in the front of the church Hold the torch running race Watch fireworks and eat the traditional food Visit the relatives and celebrate with each other Parents make some chocolate candy like the eggs and rabbits to for the children Go shopping Many stores have many sale goods to sell Hong Kong, China After 40 days he died called Lent Celebrate to eat favourite food As a last week of Jesus ‘ lifeCalled Holy week After this celebration have Palm Sunday That use palm tree to welcome Easter Season Easter History From 2,000 years ago About Jesus Christ Dead Was a good religious teacher Travelled in Middle East Many people believe in him Did Preaching and performing miracles Celebrate for spring time Significant holiday for Christians Celebrate by Jesus Christ's resurrection Trust in the god’s son =Jesus Toronto, Canada United Kingdom (England) Cook the eggs with the different colour materials in the water Put some colour eggs to attract the children’s sights Australia Germany Do some services for the church Cook hot cross buns for their breakfasts Get along with relatives Easter Eggs(Candy and toy in it and make in chocolate) Represent 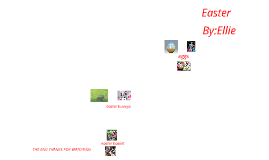