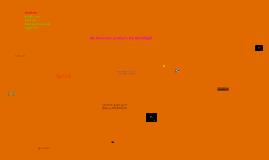 Transcript: My American symbol is the Bald Eagle Why is the bald eagle important to the us? The bald eagle is important to the us cause that it never gives up, freedom, and strength The bald eagle, our national bird, is the only eagle to North America. The bald eagle's scientific name signifies a sea eagle with a white head. At one time, the word "bald" meant "white," not hairless. Bald eagles are found throughout most of North America, from Alaska and Canada to northern Mexico. About half of the world's 70,000 bald eagles live in Alaska. Combined with British Columbia's population of about 20,000, the northwest coast of North America is by far their greatest stronghold for bald eagles. They flourish here in part because of the salmon. Dead or dying fish are an important food source for all bald eagles. There are two species of bald eagles. The "southern" and the northen bald eagle. The southern bald eagle is found in the Gulf States from Texas and Baja California across to South Carolina and Florida, south of 40 degrees north latitude. The "northern" bald eagle, is found north of 40 degrees north latitude across the entire continent. The largest numbers of northern bald eagles are in the Northwest, especially in Alaska. The "northern" bald eagle is slightly larger than the "southern" bald eagle. Bald eagles were officially declared an endangered species in 1967 in all areas of the United States south of the 4 0th parallel, under a law that the Endangered Species Act of 1973. Until 1995, the bald eagle had been listed as endangered under the Endangered Species Act in 43 of the 48 lower states, and listed as threatened in Wisconsin, Minnesota, Michigan, Washington and Oregon. In July of 1995, the US Fish and Wildlife Service upgraded the status of bald eagles in the lower 48 states to "threatened." More than 100,000 bald eagles were killed in Alaska from 1917 to 1953. Alaskan salmon fisherman feared they were a threat to the salmon population. Public awareness increased, and many states placed the bald eagle on their lists of endangered species in the 1960s and early 1970s. Many dedicated individuals and groups worked to make the conservation of eagles a national issue. citations google.com ask.com history of the bald eagle.com the bald eagles habitat is mostly anywhere where there is a tree to make a nest or feeding grounds or the open water like as lake or sea or river. 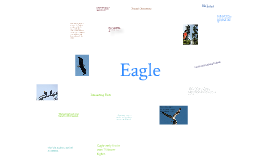 Transcript: Physical Characterisics Did you know that females grow larger then males, and that their wings spread 3 to 8 feet? Most eagles weigh about 7 to 12 pounds. Eagles are very large and they're covered with alot of feathers. Eagles have large eyes, long, strong beaks and most eagles have scaly legs/feet that are bright yellow. I have 1 more amazing thing for you...... Did you know that eagles' eyes can see 1 to 1.5 miles? Habitat Most eagle species live in Africa and Asia and ONLY 2 species of eages are native to the continental Untied States and Canada. The 2 eagles are the Bald eagle and that Golden Eye Eagles. Food and Eating Habits Eagles hunt only during the day. Eagles can fly with up to 8 pounds of food. Bald eagles mainly eat fish and Golden eye eagles eat rabbits, hares, squirrels and birds. Interesting Facts Migrating eagles travel at average speeds of 30mph. The heaviest nest ever found is 2000 pounds. Eagle Eagles only live in trees 75 feet or higher. The bald eagle is a symbol of freedom. Tall trees where most eagles have their nests in. . This is not a eagle but thats what a eagle does and what it eats. Fish. 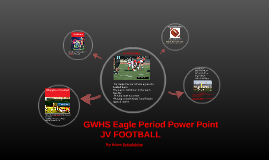 Transcript: The 2 main strenghts of the football team are: *Getting a full body workout *Meeting new people Accomplishments When we win a game or the season ends, we pour all the remaining gatorade on the coach. For Eagle Period, I chose to join the football team. The way I contributed to the team was by: *Playing Starting center *Playing on both Kickoff and Return Special teams Strengths of Football Events/games Lowell At Washington Burton At Burton Mission At Washington Lincoln At Lincoln Balboa At Balboa Galileo At Washington The Mission game ended in a huge brawl right before halftime. I am the smallest lineman on the team by weight, at 154 pounds Traditions JV FOOTBALL This year we beat San Rafael and Galileo Fun Facts GWHS Eagle Period Power Point JV FOOTBALL I also got my first start at the Galileo game, playing center By Adam Solodukhin 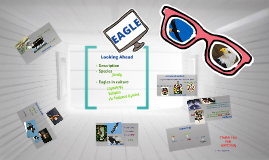 Transcript: The coat of arms of Canada species & skills Religion The eagle is also the supporting animal of Zeus. In particular, Zeus took the form of an eagle in order to capture Ganymede. BY : NAVRAJ JOHAL Looking Ahead Top 3 Description Species Eagles in culture family The coat of arms of Austria \/ \/ Garuda Eagles are being used by many nations as national symbol. \/ Etymology Religion As National Symbol Eagle is a common member of the bird family. Eagles are the birds of prey Etymology Aquila >>>> Aigle >>>>> Eagle Description /\ L atin Old French English Golden Eagle & Crowned Eagle Garuda, the Vahana (vehicle type of thing) of Lord Vishnu (an Hindu god), depicted with an eagle's beak and wings. EAGLE As national Symbols Species & skills Steller's Sea Eagle Philippine Eagle White Tailed Eagle \/ THANK YOU FOR WATCHING Bald Eagle The great seal of U.S.A 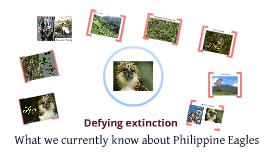 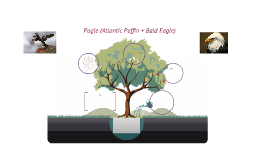 Transcript: Puffins are really cute and a lot of people know that and so do the puffins! Bald Eagle The eagle is one of the largest birds. A eagle is large, powerful, graceful, fierce, careful, strong, and beautiful. Bald Eagles mostly live in North America, to Alaska and Canada and Northern Mexico. They like to live on a mountain type area near bodies of open water such as lakes or marshes. Bald Eagles don't really have a special thing that helps mankind. Atlantic Puffin Results Core Pugle (Atlantic Puffin + Bald Eagle) 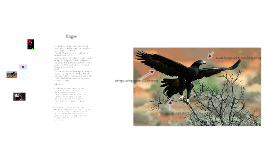 Transcript: Eagle the wedge tailed eagle is a very special eagle it is not just the Australian eagle but it is also one of the largest in the world. This eagle weighs up to four killograms, its wingspan is 2.5 meters. Habitat and Distribution (where they are found) Wedge-tailed eagles are found throughout mainland Australia, Tasmania and sometimes in southern New Guinea. They prefer forested areas and open country. The Wedge-tailed Eagle have sophisticated binocular vision which enables them to accurately access distances and pinpoint their prey. Their eyes also are equipped with bony rings which can squeeze and elongate the eyeball. This has the same effect as a telephoto lens on a camera. It enlarges the image seen by the bird. They have a poor sense of smell and taste. Wedge-tailed Eagles use the updrafts of thermals or hillslopes to rise effortlessly rarely needing to flap their huge wings. They soar very high in great cirlcles. Pairs often engage in aerobatic displays to advertise their territory to competitors. Food The most common food of Wedge-tailed eagles is rabbit, but they also eat lizards, birds and mammals. However, they also eat animals they find already dead, such as lambs or animals killed on the roads. THE END! wedge tail this helps them fly fast adaptation wings, wing span 2.5 meters beak helps with catching prey