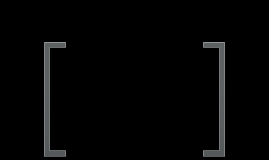 Transcript: Thailand! Guatemala! Haiti! Who Got Me Started? - My mommy! Suzi! I feel God has called me to Haiti. I want to do all I can and use my talents to build an orphanage and help the people of Haiti. The End! 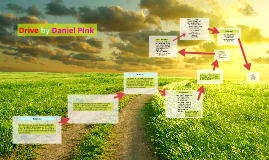 Transcript: Type I people are those who have a greater tendency to be intrinsically motivated, while type X people tend to be extrinsically motivated. Pink asserts that being type I is the "default" setting for human beings, and that they almost always outperform type X people in the long run. This is because... Motivation 2.0 Type I's need and actively seek: autonomy, mastery, and most importantly... Although this operating system served its purpose early on, it became necessary to replace it with something that encouraged desirable behavior and discouraged undesirable behavior. This led to... For example... These folks need to feel that they are contributing to something greater than themselves. Pink asserts that these things occur because introducing incentives into otherwise rewarding tasks reduces them to mere assignments, or work! Drive by Daniel Pink Pink, taking an evolutionary viewpoint, states that this is the original "operating system" for human beings. He calls it the first drive. It is the biological drive. It includes basic things like hunger, thirst, and sexual motivators. ...the third drive. This is the drive that is based on intrinsic motivation, and according to Pink, it is at the very heart of human nature. This drive leads people to do things that cannot be explained by motivation 1.0 or 2.0, such as develop open source software without receiving any monetary benefit, and without being ordered to do so. From his research, Pink has developed a simple way to categorize different types of people... Motivation 1.0 In conclusion... Type I and Type X "Human beings have an innate inner drive to be autonomous, self-determined, and connected to one another. And when that drive is liberated, people achieve more and live richer lives" (p. 71). Simply put, motivation 2.0 ceased to be effective because it failed to capture the essence of what it meant to be human. After all, animals respond to reward and punishment, and aren't we different from animals? This form of motivation was actually killing what Pink refers to as... Motivation 3.0 ...the second drive. This is the human drive to seek reward and avoid punishment. Examples include increased pay for better performance, and diminished pay for decreased performance. While this represented and marked improvement over motivation 1.0, it was still lacking because it failed to account for innate human behaviors. "Greatness and nearsightedness are incompatible. Meaningful achievement depends on lifting one's sights and pushing toward the horizon" (p. 57) Purpose! Several "curious" things occur when incentives are introduced: Diminished performance Creativity is crushed Good behavior is crowded out More cheating, shortcuts, and unethical behavior occurs Incentives become addictive Short-term thinking is encouraged 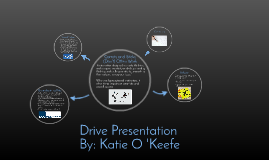 Transcript: Class Activity Those who had less evidence of external motivators had more success in school and after graduation The artists who used their joy as their motivator where able to get through tough times better than those who had external motivators Those who pursued their career for pure enjoyment, not money, ended up receiving more awards for their art and were considered "superior" from the art community Carrots and Sticks (Don't) Often Work Drive Presentation By: Katie O 'Keefe Examples in real life: “An incentive designed to clarify thinking and sharpen creativity ended up clouding thinking and dulling creativity...rewards by their nature, narrow our focus." When we have external motivators, it often times impairs on creativity and overall success Did you see a difference in your drawings between when you did and didn't have an external motivator? Has this ever happened to you with your school work? Do you agree/disagree with Pink's findings? Reflection Research Findings In the 1960s, researchers followed students from the School of Art Institute of Chicago They wanted to see the difference in their work when there was an internal and external motivator. They contacted the students 20 years later once their businesses had been stable Their findings were as followed: 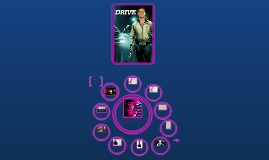 Transcript: In the known world the hero is a stunt driver and lives next door to Irene (whom he has feelings for) The Unknown is the fact that Irene doesn't know about his night job as a getaway driver In the Known he is a simple mechanic and in the unknown he is a get away driver for crooks. The hero's name is never stated Atonement Standard is killed The mob will kill Irene and Benicio if he doesn't pay them back The hero makes a deal with Bernie exchanging the money for Irene and her son's safety He drove off with Blanche and has the mobsters money The Mentor Fear is to meet up with Bernie Bernie kills Shannon, Blanche, and Standard He is nearly killed in the hotel room The Threshold Challenges and Temptations Magic Flight After being brutally injured the hero manages to defeat and kill Bernie and is dying fast Driver decides to help in order to prevent that Blanche works with the mob and has to complete the task with the hero and Standard, she is also killed for revealing valuable information to the hero The Shadow The Hero's Return He learns that he has to kill Bernie His transformation is both literal and mental because he has to prepare himself to fight Bernie A specialty he has is the ability to drive extremely well Standard is a Irenes' husband He commits a crime with the Hero They meet through Irene Gives information about the mobster He returns the million to Bernie He returns wounded Met 7 years ago Shannon is the provider for the getaway vehicles that the Hero uses and teaches him about cars The Hero The hero goes through with his word but the shadow like a trecherous snake attacks him He is a Loner hero Lesson : Transformation Call to Adventure Helpers After fighting for someone and risking your life for them doesn't always guarantee that you'll live happily ever after together. Occurs when Standard tells the Driver about him owing money to the mob The Mentor is his boss Shannon a crippled, washed-up body shop owner Willing, he wants to help Irene Standard owes money to the mob The hero is called into the unknown world when they call him to meet up for a getaway 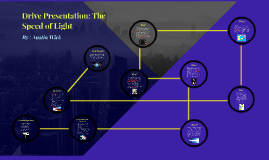 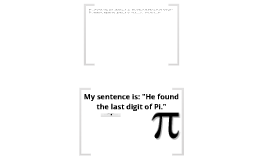